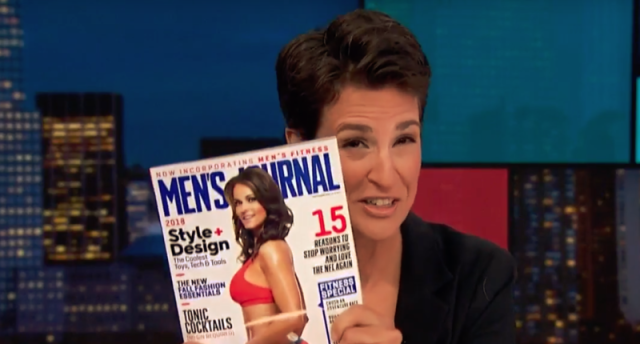 Here is the end of my theme ‘Capturing Beauty’. Christine was not a lesbian who had tumultuous relationships with women like I, and the President of the United States, did. Rosamond cut out images of beautiful women from fashion magazines. She made millions. She became famous. Her autobiography, was disappeared. All those who got in my way to discover why she was censored – deserve everything they got – and more!

As MSNBC’s Rachel Maddow noted Friday night, the average reader of Men’s Journal typically can expect to see famous men with one of three haircuts when they purchase the magazine.

But their September issue, which the host acquired, offers up something a little different: A photo of Donald Trump’s alleged former mistress Karen McDougal alongside the small-print promise that readers can learn her workout routine.