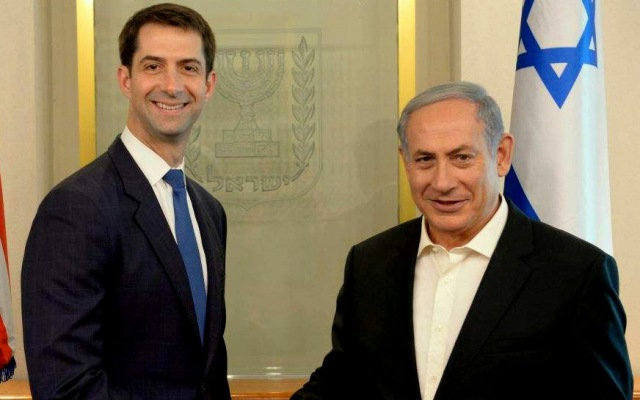 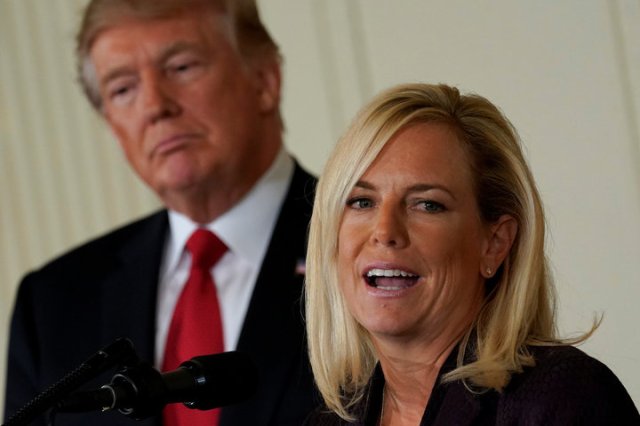 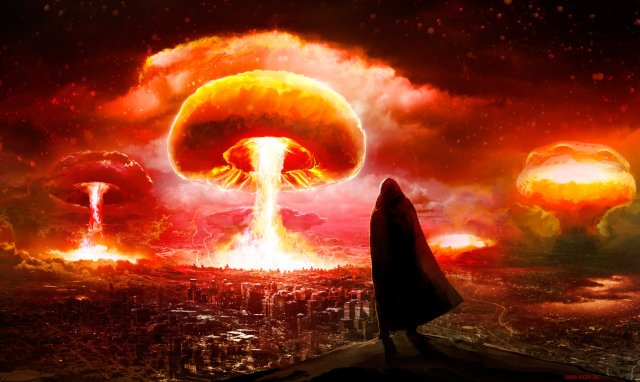 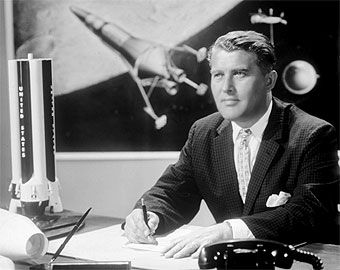 Tom Cotton is a friend of Israel who sound alarms for incoming rockets that send women, children, and students into nearby shelters. Kirtjen Nielsen worked for  Command Consulting Group that was hired by the Government of Haiti. Perhaps the State of Hawaii should hire CCG in order to determine if the person who set off that false alarm has any ties to Israel, or, End Time Prophets who pray for the destruction of most of the world, and the return of The White Jesus.

Both Kirtjen and Tom lied about the reason Trump got angry. They claim our President wanted to do away with immigration by blood ties, kinship, and tribe – the very system that Israeli adopted! Bin Laden said he attacked the Trade Towers because our Government favors Israel over Arabs. Time to cut the bullshit and have the American People in mind when systems are designed and adopted to protect us from egregious harm. Stop playing evil religious politics with our lives. If that shithead in the Oval Office had not been playing Penis Size with a fellow Lunatic, a million people in Hawaii would not have been traumatized for life. Demand a Senate investigation. We The People are more concerned about incoming missiles, then incoming immigrants.

“So if you’re a doctor, or a scientist, or a computer programmer, it shouldn’t matter whether you come from Nigeria, or Norway, or any other country on this earth. Today though we have a system that rewards ties of blood, ties of kin, ties of clan. That’s one of the most un-American immigration systems I can imagine. That’s why we’re trying to fix it.”

WASHINGTON — The Trump administration is preparing to withhold tens of millions of dollars from the U.N. agency for Palestinian refugees, cutting the year’s first contribution by more than half or perhaps entirely, and making additional donations contingent on major changes to the organization, according to U.S. officials.

President Donald Trump hasn’t made a final decision, but appears more likely to send only $60 million of the planned $125 million first installment to the U.N. Relief and Works Agency, said the officials, who weren’t authorized to publicly discuss the matter and spoke on condition of anonymity.

Future contributions would require the agency, facing heavy Israeli criticism, to demonstrate significant changes in operations, they said, adding that one suggestion under consideration would require the Palestinians to first re-enter peace talks with Israel.

For confidentiality and operational security reasons, Command Consulting Group does not disclose a list of its clients. The firm is known for its security advisory work on behalf of international governments, particularly in Latin America and the Middle East, ultra rich private individuals and heads of state, and for the assistance it provides to companies with security related products and services in helping grow their business.[7]

In rare public reporting on CCG’s activities, in February, 2011 Government Security News published a story about how CCG had been hired by the Government of Haiti to evaluate security at the Port-au-Prince International Airport, provide training to its security forces and recommend improvements to the technology used for screening passengers, baggage and cargo.[8]

CCG’s only other publicly known client was SMobile Systems, a cyber-security company which focused on provided security software for mobile devices. Smobile Systems was sold to Juniper Networks in the Summer of 2010 for $74 million.[9][10]

Homeland Security Secretary Kirstjen Nielsen on Sunday bristled at the notion that her boss, President Donald Trump, is racist.

“I take a little offense to allegations that the president is racist,” Nielsen said during an interview on “Fox News Sunday.”

Homeland Security Secretary Kirstjen Nielsen said she takes “a little offense to allegations that the president is racist.”

Nielsen, who was also in the meeting with Trump, said Sunday she could not recall him “using that exact phrase” to describe giving visas to individuals from certain countries.

“I think he has been clear, and I would certainly say undoubtedly the president will use ― continue to use ― strong language when it comes to this issue because he feels very passionately,” Nielsen added.

Nielsen, a longtime aide to White House chief of staff John Kelly, was tapped to lead the Department of Homeland Security after Kelly was given the chief of staff role last year.

Sens. David Perdue (R-Ga.) and Tom Cotton (R-Ark.), other participants in the meeting, seemed to backtrack on a prior statement regarding the president’s language in separate interviews on Sunday. While Perdue and Cotton initially said after the meeting that they could not recall whether Trump used the phrase, Perdue told ABC’s “This Week” that Trump “did not say that word.”

“This is a gross misrepresentation, and this is not the first time Sen. Durbin has done it,” Perdue said, referring to his Democratic colleague.

Cotton told CBS’s “Face the Nation” that he “didn’t hear” the president say the word.

Video shows the word, along with the “poop” emoji, being projected onto the property.

“Pay Trump bribes here” “emoluments welcome,” and “we are all responsible to stand up and end white supremacy” were also projected onto the building.

Jocelyn Azbell had just woken up in her Maui hotel Saturday when she was hurried into the hotel’s basement to take shelter from an incoming ballistic missile.

Minutes before, she’d received an ominous alert on her phone.

“BALLISTIC MISSILE THREAT INBOUND TO HAWAII. SEEK IMMEDIATE SHELTER. THIS IS NOT A DRILL.”

Azbell, her boyfriend and hundreds of other hotel guests were “herded like cows” into the basement by staff. “People are crying and people obviously were super scared,” she said.

TOM COTTON: Well, good morning, John. First off, I want to express my regret to every family and every person in Hawaii who was scared by this alarm and took some fairly drastic steps. I think it’s appropriate that we give the government of Hawaii a little bit longer to get to the actual facts and release those. Figure out what went wrong here. If it really is the case that a single employee could hit the wrong button and send out this kind of alert, obviously that system needs to be redesigned.

Cotton has received heavy support from pro-Israel groups due to his opposition to the Iran nuclear deal and for his hawkish stance toward Iran. Several pro-Israel Republican billionaires who contributed millions of dollars to William Kristol‘s Emergency Committee for Israel spent $960,000 to support Cotton.[85]

In an opinion piece published in the Wall Street Journal in September 2016, Cotton and Mike Pompeo compared the policy of Immigration to Norway favorably to the policy of Immigration to Sweden. He maintained that the Norwegian government had to a greater extent than that of Sweden listened to the concerns of its citizens in contrast to the dominant Swedish major parties which did not listen to its constituents. He proceeded to compare the differing results in Scandinavia to that of the United States, where immigration-friendly elites have been held in check by immigration-sceptical constituents.[86]

Cotton supported President Trump’s 2017 Executive Order 13769 that temporarily curtailed immigration from seven predominantly Muslim countries. He stated that “It’s simply wrong to call the president’s executive order concerning immigration and refugees ‘a religious test’ of any kind. I doubt many Arkansans or Americans more broadly object to taking a harder look at foreigners coming into our country from war-torn nations with known terror networks; I think they’re wondering why we don’t do that already.”[87]

On February 7, 2017, in the presence of President Trump, Cotton and Senator David Perdue of Georgia, jointly proposed a new immigration bill called the RAISE Act which would severely limit the family route or chain migration. The bill would set a limit on the number of refugees offered residency at 50,000 a year and would remove the Diversity Immigrant Visa. Senators Lindsey Graham (R-SC) and John McCain (R-AZ) both expressed opposition to the bill.[88][89]

After the violent incidents surrounding the 2017 Unite the Right rally, Cotton issued a statement condemning white supremacism. Cotton stated that “White supremacists who claim to ‘take America back’ only betray their own ignorance of what makes America so special: our country’s founding recognition of the natural rights of all mankind and commitment to the defense of the rights of all Americans. These contemptible little men do not speak for what is just, noble, and best about America”.[90]

In response to the 2017 New York City truck attack, Cotton slammed the Diversity Immigrant Visa program as a threat to national security following reports the attack’s perpetrator was a recipient of the program. Cotton stated that “Yesterday’s attack was an outrage, especially because it was entirely preventable. The diversity visa lottery program has long been deeply flawed, but now we see very clearly how it’s a threat to our national security.[91]

In September 2017, Cotton stated that he would support legalization of existing recipients of Deferred Action for Childhood Arrivals by giving them green cards if Congress passed legislation that would protect American workers from the effects of that legalization, including requiring E-Verify.[92]