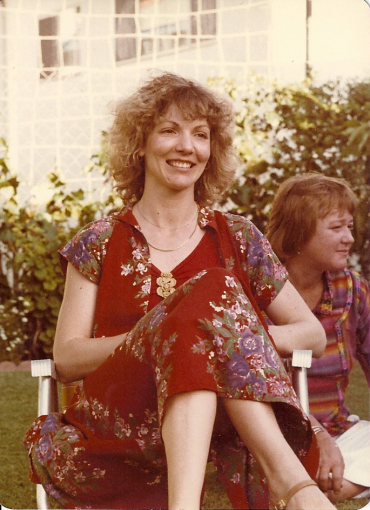 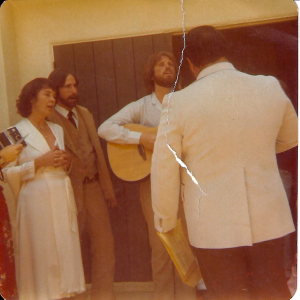 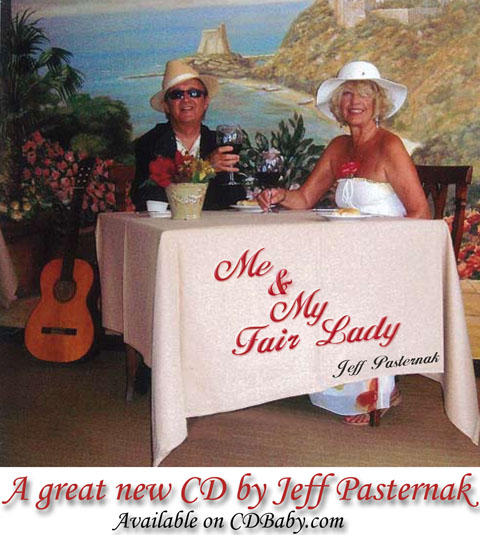 In the top photo you see Marilyn Reed, the wife of Kenny Reed, and, Joan Corbett, the daughter of Paul Corbett. Joan showed up late for dinner and found four members of her family, murdered. She was my wife’s best friend. I am investigating the outcome of this tragedy. Joan began to drink heavily because she suffered from PTSD.

“The scenes evoked grisly memories of the Manson killings. In August, Retired Insurance Broker Paul Corbett, his wife and sister-in-law were found dead, each shot in the back of the head with a .25-cal. gun, in the pantry of Corbett’s $100,000 home in the fashionable Chicago suburb of Barrington Hills. A fourth victim, Corbett’s stepdaughter, was dead in the blood-spattered kitchen, shot in the chest with a .30-cal. weapon. A month later Machine Designer Stephen Hawtree, his wife and teen-age son were executed in a similar fashion in the basement of their rural…”

Christine, Shannon, and Rick Partlow are seen together. Rick’s childhood friend, Lana Clark, was murdered by Phil Spector. Bryan’s friend, Sharron Tate was murdered by the Manson Family. Bryan was invited for dinner, but fulfilled another obligation, or, he would be dead. Marilyn’s sister exposed her to black radicals in Paris. My daughter’s mother had a child by a Black Panther.

Mary Ann was married to Thomas Pynchon, and was a good friend of Richard and Mimi Farina. Jeff and Shannon transformed the Whiteaker and revived the council. This is a Creative Bohemian grouping that Belle is now a part of, for I am beginning to understand she was acting out the philosophy of OCCUPY that tried to abolish hierarchies. WHY? I suspect the founders felt shut-out by the existing Radical Bohemian Hierarchy, and used the crash of Wall Street to usurp – US!

“There never seemed any motivation in their violence. They were desperate men venting their frustration within the school. They had no way of living, no way to make money, no saleable skills,” Dr. Hurst said.

When I discussed Belle with Anand Holthem-Keathly, he said he and his son were not responsible for her actions. I suspect Anand is a WANTED radical back east. He undermined the Kesey Family Hierarchy with the help of the homeless – who would follow anyone who gave them a free hot dog at noon. Zane Kesey was confused. He did not know what hit him. I was his only defender of the Kesey legacy downtown.

Here is an article that anticipates the worst of Black Lives Matter who may have caused white Democrats to vote for Trump.

It is all about SWING VOTES! OCCUPY and BLACK LIVES took their eyes off the prize to engage in a Covert Hierarchy Power-play. Blacks voted for Trump. Women voted for Trump. Why? Was it his not so subtle promise to protect everyone from dangerous Blacks?

I suspect Clever Belle broke off from SLEEPS that broke off from OCCUPY in order to FREELANCE cut her own deals outside the Dog Pack Alley Gang. Belle usurped Alley who was a common member of OCCUPY, until she saw how the Homeless could make her the Queen of Downtown. She could be bigger than the Kesey Klan! I go in her way!

When Marilyn began to distant herself from me, and form a Black production company, she said she did not like the Hippies because they took their movement from Black musicians. No we didn’t. Peter Seeger was out Pied Piper, and Wood Guthrie. These Socialists wanted to take over the world. Jack London was on board. Socialists Germans founded the Republican Party and destroyed the Army of the South. Black slaves did not own guns, or, start a socialist revolution in America. White Men killed ten of thousands for social change.

Occupy Wall Street plagued by the hierarchy it seeks to destroy

Seeger was one of the folk singers responsible for popularizing the spiritual “We Shall Overcome” (also recorded by Joan Baez and many other singer-activists) that became the acknowledged anthem of the Civil Rights Movement, soon after folk singer and activist Guy Carawan introduced it at the founding meeting of the Student Nonviolent Coordinating Committee (SNCC) in 1960. In the PBS American Masters episode “Pete Seeger: The Power of Song“, Seeger stated it was he who changed the lyric from the traditional “We will overcome” to the more singable “We shall overcome”.

CHICAGO, Oct. 15 — Eight members of a group called‐“De Mau Mau” gang, which was formed by dishonorably discharged black veterans of Vietnam, were charged today with nine murders, including the mass slayings of two white families.

The police said that the murders, which date to last spring, appeared to have been racially motivated and were linked by ballistic tests.

Six of the eight accused men, wearing Army fatigue jackets, were arraigned early today. The suspects, described by Cook County Sheriff Richard J. Elrod as “the gang leaders and the triggermen,” were held without bail in Cook County jail. Two other suspects were being sought.

Several of the suspects were expelled last spring from Malcolm X University, a city university on Chicago’s West Side where one official described them as “bitter and full of hatred.”

“We are hopeful we can solve a number of other terrible killings in the area,” Mr. Elrod said.

The six were charged with the slayings of Paul Corbett, a retired insurance executive, and his wife, stepdaughter, and sister‐in‐law in their Barrington Hills home near Chicago; three members of the Stephen Hawtree family in Monee, Ill.; Army Specialist 5 William Richter, in Highland Park, Ill., and Michael Gerchenson, a Southern Illinois University student whose body was found near West Frankfort, Ill. All the victims were white.

Dr. Charles G. Hurst Jr., president of Malcolm X, said that members of the gang were expelled from the school last spring after they had beaten up students and intimidated teachers.

‘It Was Pure Terror’

“It was pure terror,” Dr. Hurst said. “Members of the Mau Mau would intimidate and beat up students and teachers. They were just frustrated, bitter young men.”

In the spring members of the group were expelled from the college. The ritual hand clasp of the gang was barred from the campus.

Dr. Hurst said that the group had formed in Vietnam and that the men got together when they returned with dishonorable discharges to the United States. He said that he had no idea how many members were in the gang.

“There never seemed any motivation in their violence. They were desperate men venting their frustration within the school. They had no way of living, no way to make money, no saleable skills,” Dr. Hurst said.

“The men had been disqualified from society,” he said. “They were into drugs. The Mau Mau was just bitter men left to wander aimlessly.

“It was never a political group. I don’t think it had to do with color or race. It was just plain hatred.”

At a news conference earlier, Sheriff Elrod told newsmen that four members of the gang had been previously arrested and charged with possession of marijuana.

“We had a good tip these linen might be involved in some of the unsolved crimes in the state,” he said. “After questioning, one lead led to another and we were able to charge four more members of the gang. We expect more arrests.” The sheriff added:

“We have the ringleaders and the triggermen now. We are hopeful we can solve a number of other killings in the area.”

“There’s not much I can say,” Dr. Hurst said. “I don’t know if these men are guilty. But it is all so tragic.”

CHICAGO, Oct. 17 (UPI)—A fugitive member of the De Mau Mau gang, sought on a murder warrant in an investigation of the execution‐style slayings of nine persons, walked into the chambers of a Criminal Court judge today and gave himself up.

“Darrell Patry just walked in with his lawyer and told Judge Earl Strayhorn he was giving himself up,” a spokesman for Sheriff Richard Elrod said.

The youth was turned over to the Jake County authorities.

Six young blacks, identified as members of De Mau Mau, were arrested last weekend and charged with the nine murders including the slaying of two white families.

Garland D. Jackson. 22 years old is still being sought on a fugitive warrant, the police said.

The scenes evoked grisly memories of the Manson killings. In August, Retired Insurance Broker Paul Corbett, his wife and sister-in-law were found dead, each shot in the back of the head with a .25-cal. gun, in the pantry of Corbett’s $100,000 home in the fashionable Chicago suburb of Barrington Hills. A fourth victim, Corbett’s stepdaughter, was dead in the blood-spattered kitchen, shot in the chest with a .30-cal. weapon. A month later Machine Designer Stephen Hawtree, his wife and teen-age son were executed in a similar fashion in the basement of their rural…