Barzani condemned the United States for failing to back the Kurds. “We tried to stop bloodshed but the Iraqi forces and Popular Mobilization Front (Shi‘ite militias) kept advancing, using U.S. weapons,” he said.
“Our people should now question, whether the U.S. was aware of Iraq’s attack and why they did not prevent it.”

Masoud Barzani resigned last night. This is bad news for Rubar Sandi who is on the board of the Buck Foundation. I tried to tell my Kurdish friends on facebook that I had traced the original Nazarite church to the Kurds. There is a lineage of barren women. They thought I was crazy. The Kurds had been embracing Israel. I told them they play a huge role in my search for the HISTORIC JESUS, and would be backed by American Christians – if they knew the truth! This is the real Da Vinci Code!

Here is a report from 2002 that puts Sandi at the head of a group of Kurds. Perhaps Sandi should resign from the Buck Foundation, being he has so many international interests, including nation building.

I just discovered Manafort worked for the Kurds. Did he know Sandi? Paul may be arrested within hours. How many Kurds are there in the bay area. This calls for a Congressional Investigation.

He just turned himself in! 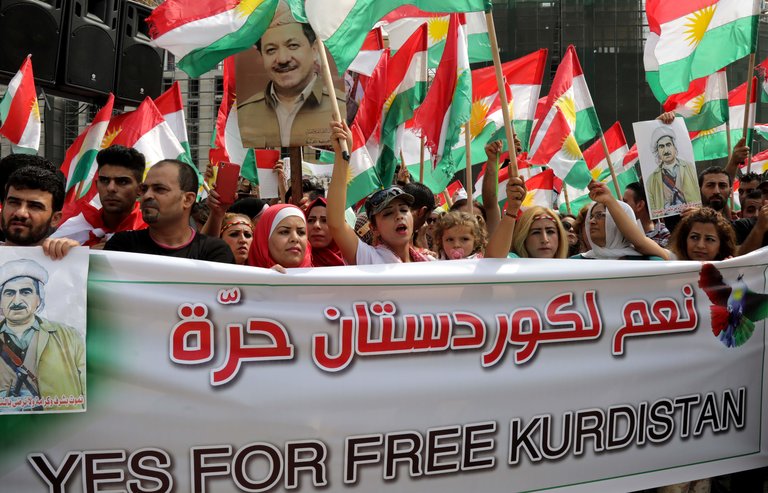 WASHINGTON — Paul J. Manafort, the former campaign chairman for President Trump who is at the center of investigations into Russian meddling in the 2016 presidential election, is working for allies of the leader of Iraq’s Kurdish region to help administer and promote a referendum on Kurdish independence from Iraq.

The United States opposes the referendum, but Mr. Manafort has carved out a long and lucrative career advising foreign clients whose interests have occasionally diverged from American foreign policy. And he has continued soliciting international business even as his past international work has become a focus of the investigation by the special counsel, Robert S. Mueller III, into ties between Russia and Mr. Trump and his associates, including possible collusion between them to influence the presidential election.

In fact, the work for the Kurdish group appears to have been initiated this summer around the time that federal authorities working for Mr. Mueller raided Mr. Manafort’s home in Virginia and informed him that they planned to indict him.

While the Kurdish referendum, scheduled for Monday, would not immediately trigger independence, the American government and the international community have expressed serious concerns about it. They fear that, if it passes overwhelmingly, as expected, it could further destabilize Iraq, damage the coalition fighting the Islamic State, and potentially spark violence in disputed areas.

In a statement on Wednesday, the State Department urged Kurdish leaders “to accept the alternative, which is a serious and sustained dialogue with the central government, facilitated by the United States and United Nations, and other partners.”

The second meeting of the Economic and Infrastructure Working Group on Iraq took place in Washington, D.C., on 2-3 December. The U.S. State Department sponsored the meeting, which was attended by 16 “free Iraqis.” Tom Warrick, the special adviser to the U.S. assistant secretary of state for Near East affairs facilitated the meeting. The working group was comprised of Iraqis from inside Iraq and the diaspora.

Following the meeting, four members of the working group gave a briefing on the two-day meeting. The first was Nasreen Sideek, an architect by profession, and the current minister for reconstruction and development in the Iraqi Kurdistan Regional Government in Irbil. Another was Ahmed al-Haydari, a telecommunications engineer by profession and director of strategic alliances for a telecommunications company living in Ottawa. He defected from Iraq in 1980 and is a member of Iraqi Forum for Democracy, an apolitical group advocating democracy in Iraq. The third was Rubar Sandi, chairman and CEO of Corporate Bank Business Group, an international finance and investment company focused on developing countries based in Washington, D.C. He left Iraq in 1975 following the Kurdish uprising the year before.

A Washington-based merchant banker who just returned from Baghdad, where he invested $1 million in several new businesses, says the U.S.-led occupation authority has become an obstacle to private entrepreneurs with the cash, ideas and expertise to quickly rebuild Iraq.

“In 10 days, I managed to do more than ORHA has done in two months,” he said in an interview. “ORHA is a stumbling block,” he said.

During his first trip, Mr. Sandi purchased four hotels and started a company to provide security and translation services for would-be investors.

“Mrs. Buck, a childless widow, died in 1975 when she was 75 years old. She left stock in the Belridge Oil Company, stipulating in her will that the income was to be used exclusively for ”nonprofit charitable, religious or educational purposes in providing care for the needy in Marin County, Calif., and for other nonprofit, charitable, religious or education purposes in that county.”

Barzani condemned the United States for failing to back the Kurds. “We tried to stop bloodshed but the Iraqi forces and Popular Mobilization Front (Shi‘ite militias) kept advancing, using U.S. weapons,” he said.
“Our people should now question, whether the U.S. was aware of Iraq’s attack and why they did not prevent it.”
Asked for reaction to Barzani’s resignation, a U.S. State Department spokesperson said: “I would refer you to Kurdistan officials for information on President Barzani. Also, we are not going to get into any private diplomatic discussions.”
Barzani has been criticized by Kurdish opponents for the loss of the city of Kirkuk, oil-rich and considered by many Kurds to be their spiritual home

“Here is the next man to Thiodolf! here is one who will not fall till some one thrusts him over, here is Thorolf of the Wolfings! Stand fast and shield you, and smite, though Thiodolf be gone untimely to the Gods!”

Romney and Ryan are Romulus and Remus, the incarnation of the Roman Slave Masters of the risen Stupid Drunk Neo-Confederate South.

The book is the story of how the Wolfings fight, and eventually destroy, the invading Roman legions. But here Morris faced a problem: while he could try to reconstruct the society of these early people, their history is almost unknown, and what is known is known largely from the Roman side. Rather than attempt to force the story into a known historical context (in which case it would have had to be the story of the destruction of the legions of Varus in AD 9 by Arminius…