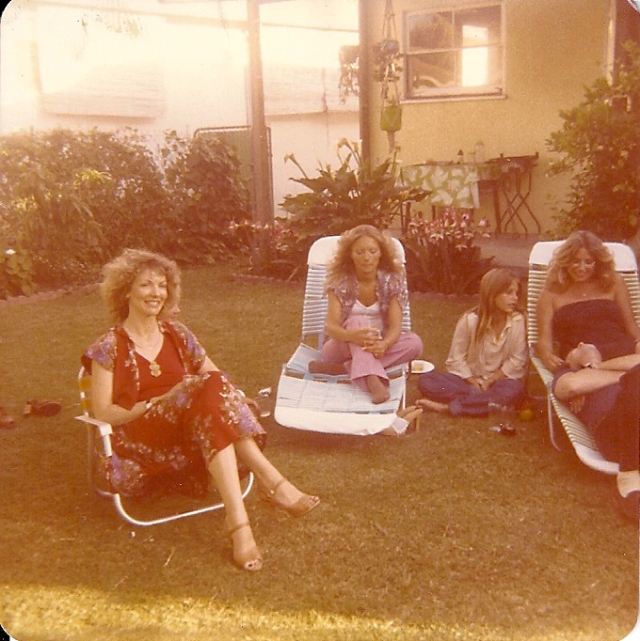 Here is an essay on Art as the Truth.

“The central question to be asked about art is this one: Is art capable of being a medium of truth? This question is central to the existence and survival of art because if art cannot be a medium of truth then art is only a matter of taste. One has to accept the truth even if one does not like it. But if art is only a matter of taste, then the art spectator becomes more important than the art producer. In this case art can be treated only sociologically or in terms of the art market—it has no independence, no power. Art becomes identical to design.”

What I am going to reveal is what ‘When You Close Your Eyes’ revealed, being, Rosamond’s success was an elaborate and deceitful business adventure – from the start! Snyder reveals the truth Ira Kaplan (Cohen) made Christine an artist, and exploited her. My sister took Ira to court to stop him from putting her beautiful women on Kleenex box holders, and such, the very things Stacey Pierrot promises to put the captured Rosamond Women on – against their will. Is this a sexy thing for ‘The Caretaker’ to do? Did she put the CLOSED sign on the door, then go down into the gallery basement – and masturbate?

What is truly astounding, is the Supreme Court of Monterey was TRICKED-FOOLED into approving the sale of my families Creative and Literary Legacy, to Jacci Belford’s best friend in High School. Jacci knew Christine and Garth were not paying their taxes, and, so did Stacey. Did Morris represent Stacey in court? Did he tell the Judge Rosamond had filed for Bankruptcy while Pierrot was “assistant manager”?  Why would any Judge back the business people who drove the gallery into Bankruptcy. How could any Judge believe Stacey was the right Gallery Gargoyle for the job? Outrageous! What was THE OUTCOME – ONCE MORE?

What Morris&Buck created amidst my family tragedy was a Retreat for Bad Art Business People, a sanctuary and sanitarium where they can get some creative therapy, and own a Designer Art Soul. And, when things go bad, again they can go cry on Morris’s shoulder – for yet another ART CHANCE!

“Please Daddy Morris. I want to be a Movie Mogul. This will make me feel better about myself. I need money. I must have money! Fuck art!”

Morris brought Little Stacey before the Judge, and declared;

“I found us a Fresh Face, an innocent and un-jaded Goldy Locks! She is ripe for a the next Act of Illusion – your Honor!”

Stacey lied to me about selling the family partnership prints. When Liddle Jacci told me Shannon would destroy the estate, I told Vicki it would be best she did, do what she will, or, our family would be destroyed. Here is my niece, Shannon Rosamond, and her crazy ass grandfather who destroyed our family as Business Partner of Vicki and Christine.

A Republican Senator is suggesting we have a Designer President, who does not have to tell the truth, because he is re-designing his image – on twitter! Morris&Buck employed three ghost writers to rework Pierrot’s image. She failed to make ‘Art Saleslady of the Year’. When Snyder’s biography failed to sell, she offered it for free if you bought $600 dollars of prints. Arriving home, you can read about the alleged family incest – for free!

In Mr. Sydney Morris’s Report of the Administration he says on page 4 line 10;

“Petitioner hired Stacey Pierrot, who had been assistant manager of the gallery during Decedent’s lifetime, to run the gallery and prepare and execute a marketing plan. The gallery was run by the estate until March 1996 when the gallery was sold to Ms. Pierrot through a contract approved by this Court. During the time that the estate operated the gallery, aggressive marketing efforts were made in an attempt to stir interest in Decedent’s work and increase the potential market for her work. In spite of these efforts, interest in Decedent’s work continued to wane.”

On page six, Mr. Morris explains why there was a delay in the closing of the estate;

“Pierrot later bought the business from the estate, royalties
from which go to Rosamond’s daughters, Drew now 11, and Shannon, 28.
Pierrot has a determined vision of where she wants the business to
go. A poster of Rosamond’s creation “Dunkin the Frog” will be
distributed to children in hospitals. T-shirts and tote bags will
also be produced featuring the whimsical character, Pierrot says. All
manner of upscale merchandising is contemplated using the images from
Rosamond’s paintings…bed linins, throw pillows and other elegant
household items.”