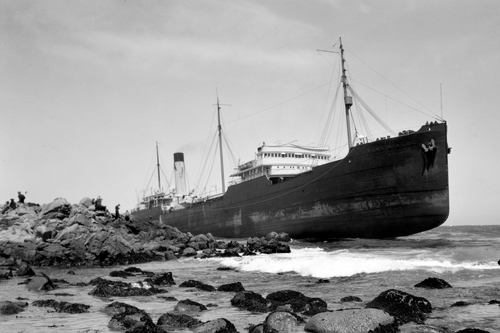 If you invite someone to stay the night in your home, and there is a accidental death, then, you show up at the funeral. As far as I know Alan Fox was not at Christine’s funeral. Alan is a very wealthy man. Did he call his attorney after Christine drowned? Who set up his foundation? Was/is Robert Brevoort Buck Alan’s attorney? 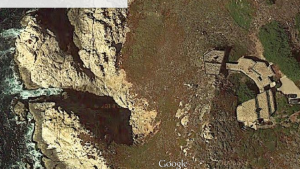 Alan Fox gifted 20 million dollars to a university in order to immortalize un-gifted members of his family.  He is trying to establish an Artistic Dynasty. What a joke. He is not a player in the Art Casino unveiled in the Panama Papers as far as I can tell.

It occurred to me I should have sued Alan for ‘Wrongful Death’ after the statute of limitations ran out. This would have revealed much. My main interest is still to own how my sister was “killed” by a rogue wave. It might be possible for my niece, Drew Benton, to sue Alan Fox. She is a member of a REAL Artistic Dynasty and suffers from mental illness due to her brush with death. She watched her mother die. Our family could have used 10 million dollars to save and promote the Rosamond Legacy and all out creative members – for generations to come! This includes my daughter and grandson.

Why didn’t executor Sydney Morris sue Alan, or, Lawrence Chazen, who tried to become the executor? How about Vicki Presco when she was the executor?  I found out Chazen and Morris have offices blocks from each other in Carmel. They could walk to see each other. Was their collusion? With Chazen setting up Noble Oil in an offshore manner, and because he was a partner of Rosamond, he can be associated with the Panama Papers.

My daughter probably has a lawsuit or two. She should see an attorney.

For example, minor children cannot use up their statute of limitations while they are still minors. Thus, in a wrongful death action by a child for the death of his mother, the child can file the wrongful death action many years later as the statute of limitations would not start to count down until the child turned 18 years old. In general, the courts weigh the positive benefits of tolling – a plaintiff being able to file his or her claims – against the prejudice towards the defendant. – See more at: http://injury.findlaw.com/torts-and-personal-injuries/wrongful-death-claims-time-limits-and-the-discovery-rule.html#sthash.opGvGWl5.dpuf

Our founders, Alan and Daveen Fox, shared some incredible wisdom yesterday–stay tuned for the final product from Exponent Philanthropy: “We are in the business of helping youth maximize their potential. The children involved in the Frieda C Fox Foundation acquire self confidence as they’re working in a supporting environment where they can have the opportunity to use all of their talents.” ‪#‎philanthropy‬ ‪#‎ChildrenAreTheFuture‬

Gosh, This Family Is In Tune: The Story Behind a $20 Million Campus Music Gift

I just discovered the house my late sister was invited to at Rocky Point was designed by the famous architect, Brook-Kothlow, for Allan Fox, who sold this house in a hurry shortly after Christine Rosamond Benton was allegedly swept from the rocks below this house that plays a prominent role in the counterculture and the development of the World Wide Web.

Brook-Kothlow was inspired by the ideas of Khan and Brand Stewart, who put on the Tripps Festivals, and published The Whole Earth Catalogue which was the model for the Internet. Stewart was at the Open Theatre with the Loading Zone. Clint Eastwood owned another famous house by Brook-Kothlow. These houses are considered HISTORIC works of Art and Philosophy. Why would Alan Fox sell one of these very unique homes built JUST FOR HIM? He had to know Eastwood owned one. According to Donald Layne and his wife, who I talked to on the phone;

“Allan was in a awful hurry to sell that home, and did so at a great loss.”

Why was Mr. Fox in such a hurry to sell a home that he knew would go up in value. Fox is a big real estate investor. Sound’s like a bad business to me. Could it be I asked my surviving sister, Vicki Presco, who owned that house?

“Why do you want to know?” Vicki spat.
“I want to go there and talk to them.”
“I’ll get back to you.” my little lying sister said. Fifteen minutes later.
“They moved!”
“Can I have their names?”
“What difference does it make? They are gone!”

This is when my investigation began in ernest. Michael Harkins helped me for a while, and then taught me how to investigate. I sent my report to the Coroner with this quote from Harkins;

“Now that you know for sure you have been lied to, you must assume everything is a lie, until proven otherwise, and, you have to consider anything could have happened, including murder.”

When my family read “murder” they used that word as their defense, being, I was insane and mentally ill, I wanting to conclude that off the top. What I was looking for, was the motive for the owner of a famous house concealing his identity. Fearing a Wrongful Death Lawsuit, would be one motive. Allan Fox is a multi-millionaire, and thus susceptible to a suit. Did his attorneys suggest he sell that infamous home that Drew Benton allegedly did a drawing of? Drew is the daughter of two famous artists and is a member of the Historic Benton Family.

The second question I had, was why would Christine allow her daughter down at this extremely dangerous place when the wind was howling? Christine had nightmares about dying via a huge wave. Huge waves carved the bowl you see just below the Fox house. Not the stairs others have built to get down near the sea that is very deep. I saw plumes of water shooting thirty feet into the air when I was there during a mild day. At first, my nephew admitted to seeing huge plumes of water going high into the air – from the house! Surely Christine saw these plumes from the huge windows. I’m sure this is why Fox wanted a house built there, these plumes a means to impress his friends. Did Allan warn Christine about going down to the water’s edge?

The house at Rocky Point where my late sister, Christine Rosamond, was invited to by a person unknown, was owned by Alan C. Fox who I just tried to talk to on the phone. I got his secretary who asked my name and what was my business. I told her my name and this was concerning the house he owned at Rocky Point. I was put on hold for twenty seconds. When the secretary came back on, she said;

I now have an image of Alan, the owner of the place that gave my sister, Christine Rosamond Benton, the last shelter she would enjoy on earth.

Let me make this picture for you: If your teenage daughter called and said she was spending the night at a friends, and she went walking with that friend, and was struck and killed by a car, wouldn’t you want to know who this friend was, who the parents were, where they lived, and their telephone number?

Alan’s mother was an artist, and Alan is the publisher of ‘Rattle’ a publication that promotes poetry and poets. Royal Rosamond Press was founded in order to protect Artists and Poets. Perhaps Alan would like to know who Christine and her grandfather were? On this site Alan bids one to take an inventory of talented people in your family.

This kind of huge gift in the realm of the arts isn’t too common. Indeed, the gift by the Fox couple is the largest gift ever given to University of Arizona’s College of Fine Arts. The previous high mark for an individual gift? Two gifts of just $3 million each. That’s quite a difference and if you’re picturing a couple with strong alumni ties to University of Arizona, you’d be wrong. Neither Fox nor his wife is an alum. How about a business or residence close to campus? Nope, the entire Fox family lives in Southern California. So what’s the story here?

Well, let’s start with Fox’s father, Fred Fox, for whom the school of music will be renamed. The elder Fox is a legendary french horn player who’s been involved in all things brass for most of his life. Fred Fox was born in Brooklyn, New York and after attending Juilliard, he performed as a solo horn player with the National Symphony, the Minneapolis Symphony, the Los Angeles Philharmonic, and at Paramount Studios, among others.

Fred Fox has also taught music at California State University, Northridge, University of Southern California, and the Music Academy of the West in Santa Barbara. What’s more, his 1974 book, Essentials of Brass Playing, is considered an authoritative source.

Oh, and there’s at least one other place where Fox has taught—University of Arizona’s School of Music—where he’s worked with the Graduate Wind Quintet and gave lessons as recently as last fall. It’s also worth noting that Fred Fox is 100 years old.

Besides the interesting tidbit of the younger Fox honoring his 100-year-old dad while he’s still alive and kicking—and still apparently playing music, too—it also goes to show you just how strong the motivation is here. The Fox family has clearly been powerfully influenced by its musically gifted patriarch.

And if all this wasn’t enough, one of Fred Fox’s former music students is now an associate professor at the School of Music at UArizona. The two apparently kept in contact, and perhaps this professor made the initial pitch. (If only every college development office had a professor with ties to a family like the Foxes. Actually, come to think of it, many probably do if they pushed their faculty hard enough to mine their connections.)

There’s one other component to this story, as well. Fox and Daveen run a very interesting foundation out of Los Angeles called the Frieda C. Fox Family Foundation. It was founded in 1999 in the name of Fox’s mother, Frieda (noticing a pattern here?!) who was a musician, artist and teacher, and the first in her family to go to college.

The Frieda C. Fox Family Foundation gives to a number of different outfits in Los Angeles, mainly in education, but a cornerstone of the foundation is its youth philanthropy program, which help kids, teens, college students and young adults learn about and be involved in philanthropy at foundations and nonprofits. When the foundation was still in its infancy, one of Fox’s thirteen year old daughters was already involved.

Gosh, the Fox family sure is hitting all the right notes.