Buttering Your White Holy Bread On Both Ends 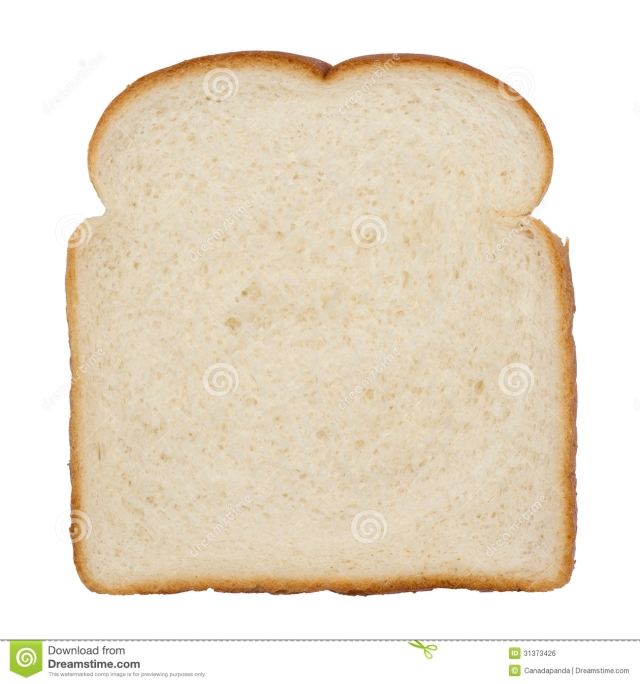 I need a computer graphic artist to put the Pence heads on the slice of bread to create a work of art, not unlike a Warhol. Here is a classic example of burning your candle at both ends, and buttering your bread on both sides. You got to laugh! Alls ways are right to Trump. There’s the “right way” and the “legal” way.

“He called me up, he said, ‘Put a commission together, show me the right way to do it legally.’”

Giuliani said he then put together a commission that included lawmakers and expert lawyers.” And what we did was we focused on, instead of religion, danger,”  Giuliani said.

Put the two key words together and get the message most of the world got….

You do understand this is TERRORISM as conducted by Trump and he covert slime balls. The object was to make Americans afraid so you can manipulate them, get them to forsake their Democracy, so they can feel safe again, feel like they did a month ago.

1984 is flying off the shelf! War is Peace! The reset button was pushed so the Trump-Bannon order will rule the western world!

This is classic DOUBLE-THINK. There is BIG MONEY in terrorism. Just follow the Money Trail. If you can cap that Gusher of Terror, then you will own all the money in the world. Putin is in on this. OUR FEAR will generate trillions of dollars. If we band together, and be brave, then…….all we got to fear, is fear itself. This is why the Democrats have to be destroyed. They don’t want people to be afraid! Bastards!

Bannon and Trump said “The news media is the opposition party.” This is to say; “Freedom of the Press is the enemy of Democracy.” I showed no fear of Alley Valkyries, and the Holy Mission Statement, who tried to censor me.

ISIS and the Taliban say the same thing!

Trump is the master at making beautiful young women AFRAID so they will do anything to relieve the fear. They just want the fear to go away. This is rape!

Yates was fired from the Ministry of Love. She was called a ‘Trump Traitor’. Putin called a Russian a traitor, and now he is dead. I suspect he knew Trump was selling virginal Russian Beauty Queens to the Saudi family. White Slavery has been around for a very long time.

I just heard a newscaster suggest Bannon is our DeFacto President, and more than a Svengali. After Steve told the press to shut-up and listen, I knew he was going to do something brash. He and Trump ‘The Lesser’ were frustrated due to the bad ratings, and massive demonstrations. They were afraid they were losing the Populist Rage of the Red Meat Society who wanted…

What the RMS did not want, because they were not made aware, is, Trump&Bannon would be Co-leaders of the Alt-right in America and Europe. There are other contenders who might see Trump, Bannon & Conway, as being weak. What was needed was a world-wide crisis that our Super Heroes would solve. But, they did not have a chance. We the People took to the streets – all over the world! There was a protest in Scotland. We are talking about Religious Terrorism coming The Holy White Bread Society!

The evangelicals have to remain silent, because this all has to be assigned to Divine Providence because we are a Democracy, and not a Theocracy. Pence let the T-Team down when he failed to get a million pro-life demonstrators marching in the street. Europeans appeared to fear Trump&Bannon more than radical Muslims who are on a Mission from God-Allah. The Pope in Rome is against abortion. He also called for a Crusade.

What is truly amazing, is The Giuliani showed the Trump playbook to the press! This dovetails nicely with my post on rejecting the Law of Fear. Rudy praised Thatcher after Trump won. The Queen has not invited every President. Some of the wealthiest people in the world have been knighted by her Majesty who had a talk with May. Lloyd’s of London is lurking in the background. There is a massive buyout brewing. It will take place while T-Rex climbs the temple mount wearing the shawl of a Rabbi. There will be massive riots going on all around him……The Builder and The Peacemaker. Palm branches will be laid down before him!

Many newscasters are asking what the URGENCY is. Well, it appears thousands of Trump’s evangelical base are getting cold feet, as they man their computers, and piece this together. They thought it was fun make-believe. They really believed nothing could destroy this Democracy because it was founded by King Jesus. This making the rounds;

I need a sponsor and my own Think Tank to oppose Bannon – directly! Pass the word, it’s High Noon!

Giuliani: Trump asked me how to do a Muslim ban ‘legally’

But Giuliani then disputed the notion that the president’s sweeping executive order barring refugees and people from seven predominantly Muslim nations amounts to a ban on Muslims.

“I’ll tell you the whole history of it: When he first announced it, he said ‘Muslim ban,'” Giuliani said on Fox News.

“He called me up, he said, ‘Put a commission together, show me the right way to do it legally.’”

Giuliani said he then put together a commission that included lawmakers and expert lawyers.”And what we did was we focused on, instead of religion, danger,” Giuliani said.

“The areas of the world that create danger for us, which is a factual basis, not a religious basis. Perfectly legal, perfectly sensible.”

Giuliani reiterated that the ban is “not based on religion.”

“It’s based on places where there are substantial evidence that people are sending terrorists into our country,” he said.

The president on Saturday denied that the executive order was a Muslim ban. He also insisted his new administration was “totally prepared” to carry out the refugee and travel ban.

WASHINGTON — President Trump fired his acting attorney general on Monday after she defiantly refused to defend his immigration executive order, accusing the Democratic holdover of trying to obstruct his agenda for political reasons.

Taking action in an escalating crisis for his 10-day-old administration, Mr. Trump declared that Sally Q. Yates had “betrayed” the administration, the White House said in a statement.

The president appointed Dana J. Boente, United States attorney for the Eastern District of Virginia, to serve as acting attorney general until Senator Jeff Sessions of Alabama is confirmed.

Ms. Yates’s decision confronted the president with a stinging challenge to his authority and laid bare a deep divide at the Justice Department, within the diplomatic corps and elsewhere in the government over the wisdom of his order.

The extraordinary legal standoff capped a tumultuous day in which the White House confronted an outpouring of dissent over Mr. Trump’s temporary ban on entry visas for people from seven predominantly Muslim countries. Sean Spicer, the White House press secretary, went so far as to warn State Department officials that they should leave their jobs if they did not agree with Mr. Trump’s agenda, after State Department officials circulated a so-called dissent memo on the order.

“These career bureaucrats have a problem with it?” Mr. Spicer said. “They should either get with the program or they can go.”

Ms. Yates’s decision effectively overruled a finding by the Justice Department’s Office of Legal Counsel, which had already approved the executive order “with respect to form and legality.”

Ms. Yates said her determination in deciding not to defend the order was broader, however, and included questions not only about the order’s lawfulness, but also whether it was a “wise or just” policy. She also alluded to unspecified statements that the White House had made before signing the order, which she factored into her review.

Mr. Trump responded to the letter with a post on Twitter at 7:45 p.m., complaining that the Senate’s delay in confirming his Cabinet nominees had resulted in leaving Ms. Yates in place. “The Democrats are delaying my cabinet picks for purely political reasons,” Mr. Trump said. “They have nothing going but to obstruct. Now have an Obama A.G.

One of Mr. Trump’s top advisers condemned the decision as an illustration of the politicization of the legal system. “It’s sad that our politics have become so politicized that you have people refusing to enforce our laws,” Stephen Miller, the senior policy adviser, said in a televised interview.

Mr. Trump has the authority to fire Ms. Yates, but as the top Senate-confirmed official at the Justice Department, she is the only one authorized to sign foreign surveillance warrants, an essential function at the department.

“For as long as I am the acting attorney general, the Department of Justice will not present arguments in defense of the executive order, unless and until I become convinced that it is appropriate to do so,” she wrote.

Ms. Yates’s letter transforms the confirmation of Mr. Trump’s attorney general nominee, Mr. Sessions, into a referendum on the immigration order. Action in the Senate could come as early as Tuesday.

The decision by the acting attorney general is a remarkable rebuke by a government official to a sitting president that recalls the dramatic “Saturday Night Massacre” in 1973, when President Richard M. Nixon fired his attorney general and deputy attorney general for refusing to dismiss the special prosecutor in the Watergate case.

That case prompted a constitutional crisis that ended when Robert Bork, the solicitor general, acceded to Mr. Nixon’s order and fired Archibald Cox, the special prosecutor.

Ms. Yates, a career prosecutor, is different because she is a holdover from President Barack Obama’s administration, where she served as deputy attorney general. She agreed to Mr. Trump’s request to stay on as acting attorney general until Mr. Sessions is confirmed to be attorney general.