I contactdd my Congressman and got a reply that I will post next. 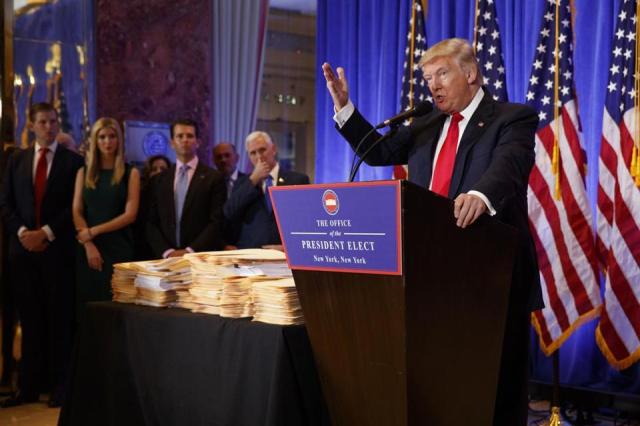 “NEW YORK — In the aftermath of President-elect Donald Trump’s closely watched news conference, a burning question remains: What, exactly, was in those folders stacked on the desk next to him? The campaign wouldn’t let reporters look at them. Trump never got around to discussing the documents. Some of the folders weren’t labeled.”

At his press conference, Donald Trump produced a stack of legal documents he would not let reporters see. He says the read, and signed, papers, turned his business over to his children who will get everything when he dies. Why not leave everything to the American People, now, and let his children make their own money, like most of us who don’t have a legacy? Many suspect there were blank pieces of paper inside. Is this a hoax?