Back With The Wind

What I understand, which most folks don’t, is, American History is not going away.

“Our cousin, Jessie Benton Fremont, was even more than a Southern Belle. She came from a long line of aristocrats with all the cultural traits that comes with that title. From her mother’s side she learned elegance, sophistication. She was idealistic, with great passion and energy. Above all, she was… ambitious. Her mother was spoiled rotten. Elizabeth McDowell was well bred, delicate with gentile manners.”

Everything has changed and is now making sense. Above is a photograph of Dorothea Witherspoon and myself taken in 1971. We have just flown from Columbia South Carolina to Los Angeles. I wanted Dottie to meet my mother. We talked about getting married. I had just met about twenty members of the Witherspoon family, down South, a place I swore I would never go. However, Meher Baba’s first home in America is in South Carolina, and I wanted to see where the Avatar walked the earth. I praise the vote in this state to remove the Confederate flag. For years I have called for this, followed by “Repent!”

As it turns out Dottie and I are kin to the Stewarts and thus the Windsors. When Christine Rosamond Benton married Garth Benton, and begat Drew Benton, we became kin to the MacDowell family. Uchtred MacDowall of Garthland married Margaret Stewart, Lady Ochiltree.

When we pulled up to the entrance of Baba’s home in Myrtle Beach, Kitty Davy came out to greet us. She asked Dottie’s name first, and beamed brightly as she said;

“You are related the Signer Witherspoon, and John Knox!”

These men are the Scot-Irish who helped form and promote the Calvinist Presbyterian Church in England and America. The Knox, MacDowell, and Rosamond family took part in the Battle of Boyne. Their New Religion was declared a heresy. These men helped found our Democracy. This is the most religious Family Tree in the history of the United States. The Witherspoons fought under Francis Marion ‘The Swamp Fox’ as did Samuel Rosamond. Both families named their children after Francis Marion.

Dottie became a Christian and lived on the Lighthouse Ranch. I continued my secret work that was introduced by Baba when he spoke out against the use of LSD. After I saved Rena Easton, I gave her lessons about Baba on our mountain. My spiritual work with women, has been arduous. That is Kitty with her master in Venice, and, she and another woman are carrying Baba, which denotes they are The Pillars of his work. No doubt Dottie was seen as the next generation of teachers.

I have put on pause my homework of family relations. I do know some of the California Sharons and I am familiar with the reunion that use to take place in San Francisco, but I have been swamped. I would love to refresh the reunion for our family. I am not familiar with the names on your email yet. I don’t know if you sent email to Philip or had misplaced my name. I will start more family connections with the Sharon clan soon.

Witherspoon Owen Breckenridge married Louise Tevis Breckenridge Sharon, the daughter of Lloyd Tevis, president of Wells Fargo and one of the richest men in California. When he became president of Wells Fargo, it was an express coach company. When he retired, it was a bank as we know it today. Tevis was assessed by the state of California as having a fortune worth $1,590,000.00 in 1880
John Witherspoon Breckenridge, son of Congressman, Senator, Vice President, Presidential Candidate and Confederate General John C. Breckenridge, c. 1878 and lived in San Rafael, CA. Their marriage ended in divorce and she married secondly Frederick W. Sharon.

Frederick Sharon was the son of Senator William Sharon (right), one of California’s very richest men. Sharon arrived in San Francisco in 1849, first investing in real estate, then also in mining and banking. By 1880, the state of California assessed his personal fortune at $4,470,000.002 and he was the largest single taxpayer in the state. Louise and Frederick were married at Sharon’s 55,360 square foot palatial estate ‘Belmont’ in 1884 (below).

John Knox Witherspoon (February 15, 1723 – November 15, 1794) was a signatory of the United States Declaration of Independence as a representative of New Jersey. As president of the College of New Jersey (1768-94; now Princeton University), he trained many leaders of the early nation and was the only active clergyman and the only college president to sign the Declaration.

Jessie and John Fremont appear to have named their son, Frank Preston Fremont after Francis “Frank” Preston Blair whose daughter, Elizabeth Blair, was very close to Mary Todd. Elizabeth married a cousin of General Lee. The Todd family were prominent in Kentucky where the Preston family reigned. Mary Todd was a Scarlet. Mary and Sarah McDowell, the mother of Jessie Benton, have grandfathers named Samuel McDowell. Whether they are related, needs to investigated, because Jessie and Mary are mirror images of each other, and were Flowers of the South. How they came to wed two abolitionist candidates for the Republican Party – connected to the Blair family – needs to scrutinized.

Here are the relatives of Christine Rosamond Benton, and her daughter, Drew Benton.Jon Presco

“Our cousin, Jessie Benton Fremont, was even more than a Southern Belle. She came from a long line of aristocrats with all the cultural traits that comes with that title. From her mother’s side she learned elegance, sophistication. She was idealistic, with great passion and energy. Above all, she was… ambitious.
Her mother was spoiled rotten. Elizabeth McDowell was well bred, delicate with gentile manners. She summered at the White Sulphur Springs Resort and wintered in Richmond. Her relations were the governors, senators, and congressmen. As late as the 1880s the family still counted two senators and six congressmen. These were the uncles, cousins, and brothers. That does not include their other nobles.”

As we have seen, the McDowells were a powerful family in American history. Fortunately, there is a living McDowell genealogists who has published a massive masterpiece of research on the McDowell line. Her name is Dorothy Kelly MacDowell, and her 609 page book is titled McDowells in America, a Genealogy. It is almost impossible to read a single page without finding someone listed with a government title, from a lowly sheriff to US Senators and Congressmen. In between are the untold numbers of military officers from Lieutenants to Generals. 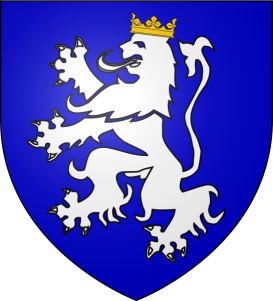 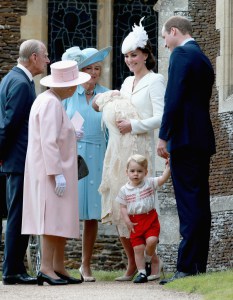 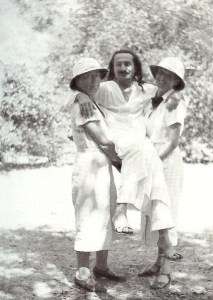 Children of WILLIAM GOOCH and KEZIAH HART are:

Children of WILLIAM GOOCH and FRANCES RICE are:

Children of WILLIAM GOOCH and SARAH KERR are:

Children of ANN GOOCH and JESSE BENTON are:

Children of SICILY GOOCH and DEVEREUX HIGHTOWER are:

Children of THOMAS BENTON and ELIZABETH MCDOWELL are:

Child of NATHANIEL BENTON and DOROTHY BRANCH is:

Children of DEVEREUX HIGHTOWER and MARTHA MAUPIN are:

Child of FRANCIS HIGHTOWER and MARTHA BOSWELL is:

Child of SARAH HIGHTOWER and THOMAS CHANDLER is:

Children of ABNER HIGHTOWER and MARGARET ELMORE are:

Children of THOMAS HIGHTOWER and MARTHA WALKER are:

Children of THOMAS HIGHTOWER and MARTHA HYDE are:

Children of ELIZABETH BENTON and WILLIAM JONES are:

Children of JESSIE BENTON and JOHN FREMONT are:

Children of SARAH BENTON and RICHARD JACOB are:

Children of SUSAN BENTON and CHARLES DE BOILLEAU are:

Children of THOMAS BENTON and MARY EASON are:

Children of NANCY HIGHTOWER and JOHN GARDNER are:

Children of MARGARET HIGHTOWER and ANDREW MCKEEL are:

Children of LUCINDA HIGHTOWER and ROBERT COY are:

Children of JAMES HIGHTOWER and ELDORA GARDNER are:

Children of JOHN HIGHTOWER and MARY GARDNER are:

Children of JAMES CHANDLER and SARAH GARDNER are:

Child of ELIZABETH JONES and WILLIAM HUGHES is:

Child of WILLIAM JONES and ALICE WHITCOMB is:

Children of JOHN FREMONT and SARAH ANDERSON are:

Child of FRANCIS FREMONT and CAROLINE TOWNSEND is:

Children of MAECENAS BENTON and ELIZABETH WISE are:

Children of FRONA GARDNER and JAMES ATKISON are:

Children of MARY MCKEEL and JAMES BROWN are:

Children of JAMES COY and LINNIE SHANKS are:

Children of DAVID HIGHTOWER and ROSA OWENS are:

Children of JAMES HIGHTOWER and LULA EPLEY are:

i. BRITTA MAE7 HIGHTOWER, b. Private.

Child of ALANDO HIGHTOWER and ATTA WELKER is:

i. JOE EDWIN7 HIGHTOWER, b. Private.

Children of BEULAH HIGHTOWER and JOHN GORDON are:

Child of EMALINE HIGHTOWER and MARION CLIFT is:

i. RUBY GENEVA7 CLIFT, b. Private.

Child of CLAUDIA HIGHTOWER and FLOYD BERRYHILL is:

Child of ALICE JONES and WILLYS PECK is:

Children of THOMAS BENTON and RITA PIACENZA are:

i. THOMAS PIACENZA7 BENTON, b. Private.

The father, the powerful US Senator from Missouri, Thomas Hart Benton.

What does the famed genealogists/historian, Neander Woods, say of our mutual Cousin Jessie? What does he record for history of the most famous and powerful woman of her time, who almost transcended to the presidency through her husband?
What record does he leave of this part of the family who fought bitterly all of their lives to abolish slavery, the very institution that Neander Woods fought for on the Confederate side?

“Elizabeth McDowell; married Hon. Thomas H. Benton, the great Missouri Statesman, who was in the U.S. Senate a long time. Their children:
1. Miss Benton; married General John C. Fremont.
2. Miss Benton; married Colonel Richard T. Jacob of Ky.”
When researching a story, sometimes the story finds you;
At the California State Library, there is a secured research room behind a locked door. Entranced is by permission, and typical of research rooms, you are only allowed to use a pencil.

1 Response to Back With The Wind