Around ten days after my sister, Christine Rosamond Benton, drowned, my surviving sister, Vicki Presco, showed my friend and I a video she and her son shot down in the cove at Rocky Point. They find a suede jacket they surmise belonged to Christine – high up in the ice-plant. They say the large waves must have deposited it there. When the video is over, Vicki goes into her closet and produces this suede jacket, and shows it to us. Michael Harkins shoots me a look. When we leave he tells me there was no way this jacket was in the ocean. It was in pristine shape. Any moisture ruins a suede coat. This jacked was allegedly in the ocean, washed up by a wave, where it sat in the sun and fog for a week.

Apparently Vicki has shown Tom Snyder this jacket that could not be closed at the top. What happened to the rest of the interview? Did Tom find too many holes, too?

“It is nearly impossible for Vicki to believe that the jacket she has retrieved from the iceplant is the same one Christine was wearing. The world become bleary as Vicki tries to grasp the fact that the ocean must have reached this far up on the slope. Unnoticed, Vicki’s hands snap and unsnap the fastenings at the waist.” page 5

“This oceanfront location seems a perfect place, and a perfect day for exploring and tide pooling, with a brilliant blue sky. Oddly, for this peaceful spring morning, THERE IS NO WIND. Christine and Drew and Vicki are nearly to the cove when Drew slips. Taking her daughter’s iceplant-smeared hand, Christine slides her free hand into the pocket of the stylish leather jacket. As she feels the shells Drew has given her for safe keeping, Christine flashes on the value of drawing everything possible from a single moment.”

Tom Snyder page 177 ‘When You Close Your Eyes’.

Where did they find shells? There is no beach! Did Drew give Snyder her version of what happened, or, is this more bullshit from Vicki the ghosty writer? Let’s get Vicki on the Doctor Phil show!

“Moisture is definitely the biggest enemy of suede leather and it shouldn’t be introduced with water or any other liquid; moisture causes maximum harm to suede leather.
•    If incase any liquid is spilled on your suede jacket, gently remove the moisture as soon as you are able to or it will ruin the suede leather.
•    Wooden hangars tend to be more appropriate when compared with every other hanger for suede leather jackets.”

My nephew Shamus Dundon wrote this in an e-mail.

“I was bundled in a jacket myself the morning she died. It
was blustery. I only got hot after running around (jogging maybe)
looking for lizards. I doubt she took off the jacket b4 she was taken
by the wave.”

Vicki says Christine was facing her fear, while Snyder claims there was nothing to fear. Forget about the terrible nightmares Christine had, that Vicki knew about. This nightmare is being utterly ignored – when everything screams it should not be. This nightmare could have saved my sister’s life, given her ample warning. Where is Christine’s concern for her eight year old daughter who got swept in? Was she facing her fear and testing her fate? What about Vicki’s concern for her eight year old niece?

The forecast was for winds from 10 to 25 knots. Here is a conversion chart.

Here is Stacey Pierrot’s ghost writer, Tom Snyder. It was high tide when my kin went down to the sea to allegedly look in tide-pools. There are no tide-pools at Rocky Point. Christine knew that, having lived on the coast for twenty years. She knew where to go for this activity.  The wind-chill was around 50 degrees. Why isn’t Christine wearing her down-coat? They talk about going to town to rent fishing poles. They are overnight guests.

“Of course adventures rarely go as planned. The properties main
gate is unexpectadly locked, so Christine goes in search of help.
She finds it in the neighbor, a attorney Donald Layne. Of imposing
size and intelligence, Layne is also blessed with a generous nature.
None of this is lost on 46-year-old Christine. At just over five-
foot-five, she is a perennial fashion plate model and man-pleaser.

Even for this casual outing, she is wearing tailored tan slacks and a
white tunic-style blouse topped by a short jacket in soft, muted-
brown leather – distinctively sytyled with two snaps at the waist.
The sleeves were turned up, revealing the satin lining and a hint of
a forearm.

A remote transmitter is finally located for the security gate. Christine tells Layne that she and others are excited about exploring a small cove to search for any treasures left by the sea. Layne knows the shoreline well. That evening, he sounds a WARNING.

“IF you go down to the ocean,” he tells Christine, “have a
care”.

“It is not quite ten-thirty in the morning and Vicki asks about the
tide. Christine says it is low, based on her frequent excursions to
Point Lobos with Drew. The ocean seems calm, ordinary. Vicki remains
at the limit of the ice plant on the hill, while Christine and Drew
sit down on the rock with her back to the sea, fully aware that she
is violating a cardinal rule.” 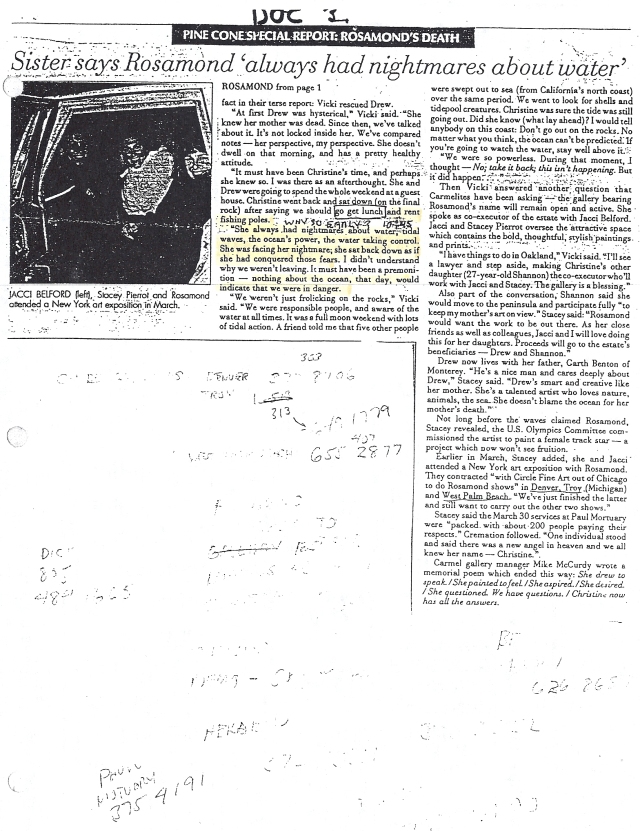 I just found a new video of Rocky Point and the house my kin stayed in. You can see the inlet. It is quite a treacherous hike down to it. How did Christine get this coat off? Why would she want it off? The Sheriff told me she was just wearing a white t-shirt. Below is the Coroner’s showing her struggle to cling to the rocks. Her fingernails are torn away. It would be impossible to take off that suede jacket. I conclude she did not have a jacket on when she entered the water.

Note how there is no beach for a wave to roll up onto. The waterline rises ten feet or more with each swell – in seconds! My family had plenty of time to see this as they hiked down into that cove.  Shamus Dundon says he was jogging to stay warm. There’s not place to jog.

Christine did not bring her eight year old daughter here just to look in tide pools. Snyder says Christine knew the tide was low due to her man trips to Point Lobos with her eight year old daughter. This is where the natives would go – with their children! There is no comparison. Snyder is a liar. He told me he went to Rocky Point, thus he is being deceptive. See Lobos video. Note how the expert talks about areas protected from waves. How did Christine end up in her NIGHTMARE fighting for her life in the most dangerous areas on the West Coast? 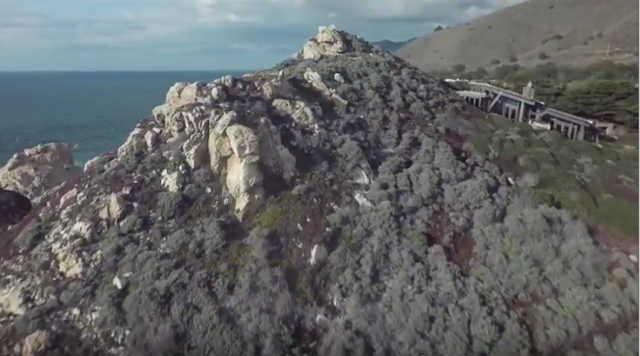 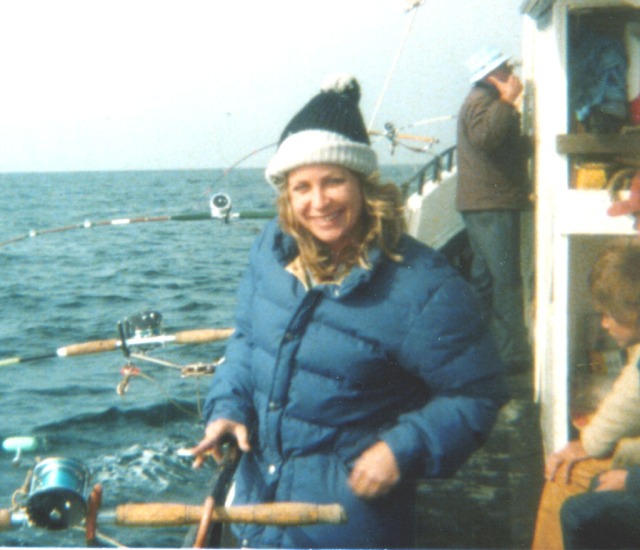 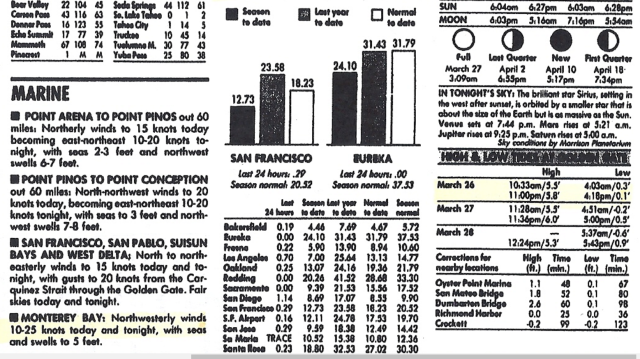 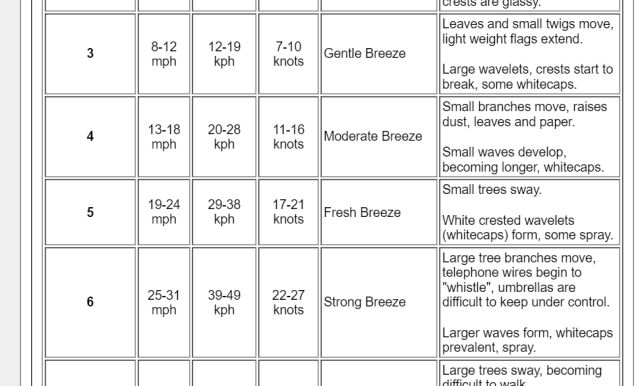 1 Response to The Suede Jacket Lie