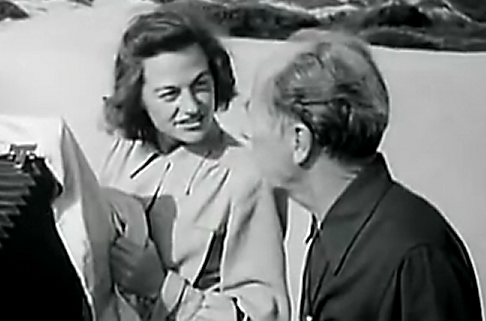 Frank Rosefish could not believe his hands were trembling as he poured the developing chemicals in the tray. He was overly concerned about maintaining a professional decorum in the presence of  Susanne Plantard, because he wanted to rip her clothes off, grab her by her love handles, and fuck her doggy style. It was all he could do to control himself when around Ms.Old Driftwood Face as he called her within days of employing her as his assistant. There had been trouble with other female assistants. Frank could not work with a man. When he interviewed her, and beheld how ugly she was, he believed he had come up with a solution.

“No. I don’t think so. Not today. Not any day. If you ask me again, I will got to town and tell the sheriff.”

Picture yourself as an empty canvas, and, here come the master to put his paws on you. Here is an old dog with a huge red boner – every time! This is how the innocent pure white canvas sees us. We want, and get our way. Now hear ten pounds of clay saying this to the sculptor;

“No. Not today. I have a headache. Will your inspiration wait till morning?”

Plantard was homely, but not ugly. When she saw the rock at Rocky Point appear out of the fog thanks to the wonders of chemistry, she looked at Frank, who winced. In the red light of the dark room, she looked like the picture of Dorian Gray. Frankly quickly turned back to the task at hand, which was to expose Don ‘The Juan’ Roscoe……..as a murderer.

“Holy shit!” sounded Frank! and went round and round in a tight circle as if he had to pee his pants.

“Holy shit! ” and Frank shoved his face into the tray for a close look.

“Look at the expression on his face. It’s pure evil!.”

Susan shoved her face into the tray, and gasped!

“No! You’re wrong! He’s reaching out to grab her and keep her from falling!”

“What the fuck are you’re talking about? have you gone insane?”

“No, look, His eyes are filled with horror and alarm! He loves her!

Frank knew he was one of the world’s foremost photographers. He knew how the human eye can deceive. He knew he wanted this to be the shot of a lifetime. He wanted Don to be guilty of murder. He slowly turned to Susanne.

“How could you!” Frank asked with red in his eyes! “You ruined my shot, You betrayed me. Why did you do it?”

All of a sudden, Frank saw his hands encircling Susanne’s throat, He began to squeeze hard until her eyes bugged out. Then, he had an epiphany. He had in his hands, at his mercy, what he had been avoiding all his life….ugliness! Why, what is so ugly about ugliness? Buck up man! You’re an artist! Susanne, his beautiful and ugly assistance, had exposed his major flaw, his weakness.

Frank grasped Plantard’s head in his creative hands. Her mouth was open to his passionate kiss. They tore at each others clothes, then sunk to the floor.

As the photo of Rocky Point become fully developed, you heard Susanne and Frank come together in perfect harmony. The Bohemian Romance of the Century, was on. Frank couldn’t wait to tell his friend Picaso, show him his first portrait of Plantard, the Grotesque French Hunchback of Notre Dame.

Antonin Artaud was found dead with a copy of ‘Fuckfish’ in his lap. He had just uttered these last words to his nurse.

“It is true. Beauty truly is in the eye of the beholder.”

1. A person who is such an asshole that he supasses any name or remark.
Damn man I hate you so much…. you are a fuckfish!