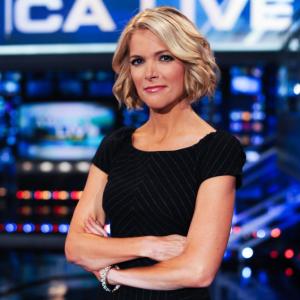 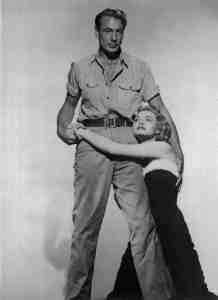 Dr. Albert Speer (left), Hitler’s chief architect, presents his model of the German Pavilion, designed for the World’s Fair in Paris in 1937. Date: 1937 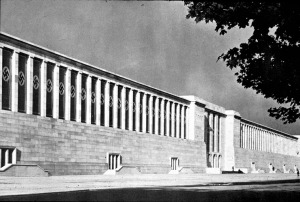 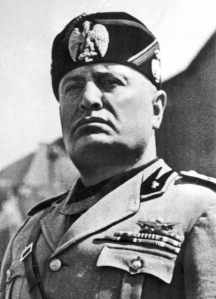 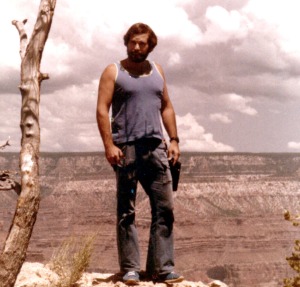 Trump is doing Hitler. Trump is doing Mark Presco who did not inform me our father was dead, and our mother was dying, because he ruled I was a parasite on society. Here is Mark labeling many American ‘parasites’ including women. Jessie Benton Fremont was a pioneer in the Woman’s Movement. Mark asked me to include parts of his blog in my biography about a world famous female artist that is know for her images of beautiful women. Trump prides himself on the beautiful women he has bonded with that obviously do not care about equality.

Mark Presco conspired with Vicki Presco, Stacey Pierrot, and Jacci Belford, to steal the creative legacy that Christine Rosamond Benton left her two daughters, Shannon Rosamond, and, Drew Benton. Drew is related to the artist Thomas Hart Benton, who  is compared to Jack London. His grandfather was Senator Thomas Hart Benton, whose daughter, Jessie, married John Fremont, a co-founder of the Republican Party, and its first candidate for President of the United States. John also co-founded the Radical Democracy Party, and was its candidate for President, but he dropped out to keep the racist Democrats out of the White House. John was backed by radical Germans, Forty-Eighters, who complained about Lincoln’s tardiness in backing the Thirteenth, and Fourteenth Amendment.

None of this history got into the two lying biographies about Rosamond, that Mark read the rough draft of, and blessed. This neo-Nazi should never have been let near any artistic, or, literary endeavor. He and his ilk have altered real history, and brought the Republican Party to the brink of destruction.

Trump is doing Howard Roark, Ayn Rand’s Super Capitalist Hero that many evangelical Republicans put on their right-wing altar to reinforce their sick need to make Jesus the founder of this Democracy, and the Free Enterprise System. Roark and the Rich Jesus hate poor minorities, and anyone else that does not love Pure White Ambition. Their Jesus hates Welfare and Food Stamps and will take them away from hungry children. Jesus will build Trump’s Wall, and the Master Builder will stand upon it looking down on the parasites with an evil smirk on his face. The favorite pastime time of the rich and powerful is humiliating the meek and the poor. Consider the humiliation of the old fashioned Jesus.

Hitler said this to Himmler as they watched goose-stepping Nazis mark into Paris;

“If the Jews didn’t exist, we would have had to invent them!”

“Kelly! If you don’t give Trump  some loven – you’re fired!”

Mark claims women want to resist just making love, and want money for sex. Fox put their statue of Megyn out on the street, after Trump called her a bloody news whore. This is Fascism folks. I see Trump as America’s Caesar, he holding the annual Run for the Wall, where illegal aliens are rounded up, stripped naked, and forced to run for their life to THE WALL OF TRUMP FREEDOM! “MACH DAS FRYE!”

“The battle of the Sexes is a unilateral War. All Men want to do is make love. It’s Women who want to make a fight out of it, or charge a fortune for it.”

Mark’s hatred is shared my millions of angry white men who are fueling Donald Trumps pandering to Americans who hate all minorities. This is contrary to the TRADITIONS – the family traditions – of the Abolitionist Party that promoted Liberty and Civil Rights for all Americans. With devious, sniggering delight, Mark Presco worked in the dark to exclude me from the Artistic Legacy that I founded. He was unaware of the Creative Dynasty my research uncovered. Elizabeth Fremont burned much of her father’s papers, lest his enemies get hold of them, and use them in a devious manner. Mark is a weapons maker who had Top Secret clearance, the same as the President. He loves being covert. He loves owning power over others. Mark’s double may become President.

For over ten years I have claimed I am the rightful heir to the Republican Party. I have been called, mad. My daughter fell in love with a Tea Party fanatic, who called me a parasite, as did my daughter, who said I was insane and took my grandson out of my life. Not being told my parents are dead, not told the whereabouts of my daughter when she was a minor, not getting to see my grandson, are NOT what I deserve. No one deserves to be treated like a sub-human. To see Trump on television declaring Mexicans, sub-human, and not deserving of the Basic Rights my kindred gifted unto many foreigners, especially those who were brought here against their will – is an abomination! Therefor, I speak for my illustrious kindred, and the real Republicans, in saying……..

GET OUT! Donald Trump – GET OUT OF THE REPUBLICAN PARTY!

If Mark Presco is a Republican – GET OUT!

I am going to do my damnedest to make sure Trump and his neo-Confederate con-artists know they are building their new Roman Empire on quicksand. Cecil B. DeMille accused of Ayn Rand of plagiarism. Roark….is Keating! Consider Incan. Mayan, and Aztec architecture and the parasitical Habsburg King that ruled Spain. Fremont put together an army of Hungarians and German 48ers to crush the coming invasion of the Habsburg Emperor of Mexico, whose wife was the cousin of the British Queen. Did they want some California gold – without working for it?

“The British are coming!”

On May 31, 1864, feeling that President Lincoln had been too cautious with regard to abolishing slavery and too lenient with regard to bringing Southern states back into the Union, a group of white radical abolitionists who had formed the Radical Democracy Party met in Cleveland, Ohio and nominated former Union general and famous explorer John Charles Frémont as the party’s candidate for president.

Republicans were concerned that Frémont’s candidacy would siphon off support for President Lincoln and result in the election of the Democratic Party’s candidate, George B. McClellan.

Toohey sets out to destroy Roark through a smear campaign he spearheads. Toohey convinces a weak-minded businessman to hire Roark to design a temple dedicated to the human spirit. Given full freedom to design it as he sees fit, Roark includes a nude statue of Dominique, which creates a public outcry. Toohey manipulates the client into suing Roark. At the trial, prominent architects (including Keating) testify that Roark’s style is unorthodox and illegitimate. Dominique speaks in Roark’s defense, but he loses the case.

In 1928, Cecil B. DeMille charged Rand with writing a script for what would become the film Skyscraper. The original story, by Dudley Murphy, was about two construction workers involved in building a New York skyscraper who are rivals for a woman’s love. Rand rewrote the story, transforming the rivals into architects.

Adolf Hitler was an admirer of imperial Rome and believed that some ancient Germans had, over time, become part of its social fabric and exerted influence on it. He considered the Romans an early Aryan empire, and emulated their architecture in an original style inspired by both neoclassicism and art deco, sometimes known as “severe” deco, erecting edifices as cult sites for the Nazi Party. He also ordered construction of a type of Altar of Victory,

Before Donald Trump, Republican presidential candidates could deflect tough questions on immigration with vague promises to secure the border and oppose all “amnesty” for illegal immigrants.

Not anymore. Mr. Trump has offered a plan to “take back our country” from what he calls the rapist-murderer-job stealers being exported from Mexico. He is full of ideas. He would expel 11 million immigrants, and their families, and let only “the good ones” back in. He would restrict legal immigration, and impose a national job-verification system so that everyone, citizens too, would need federal permission to work. He would build a 2,000-mile border wall and force Mexicans to pay for it. He would replace the Constitution’s guarantee of citizenship by birth with citizenship by bloodline and pedigree, leaving it to politicians and bureaucrats to decide what to do with millions of stateless children. He would flood the country with immigration agents and — it almost goes without saying — dismantle the economy and shred America’s standing as an immigrant-welcoming nation.

You could say the front-running Mr. Trump has put his opponents in a bind. Or you could say he has given them a gift: the opportunity to be specific in return about what they would do to fix the immigration mess. And to be forthright in rejecting his despicable proposals. Because his plan is so naked — in its scapegoating of immigrants, its barely subtextual racism, its immense cruelty in seeking to reduce millions of people to poverty and hopelessness — it gives his opponents the chance for a very clear moral decision. They can stand up for better values, and against the collective punishment of millions of innocent Americans-in-waiting.

But as Mr. Trump swells in the polls, his diminished opponents are following in his wake, like remoras on a shark. Several have shuffled onto the anti-birthright-citizenship bus, including Rick Santorum, Senator Rand Paul of Kentucky, Ben Carson and Gov. Chris Christie of New Jersey. Even Senator Lindsey Graham of South Carolina, who once fought for smart bipartisan immigration reform, wants to repeal birthright citizenship. As does Gov. Bobby Jindal of Louisiana, a birthright citizen himself. As for Mr. Trump’s other restrictionist proposals, several are firmly lodged again in the playbook of a Republican Party that briefly tried to reform itself after the Mitt Romney debacle. Some candidates are even willing to try to trump Mr. Trump in xenophobia: Mr. Carson is talking about using armed military drones at the border. That’s right — bombing Arizona

The solutions are well known. Americans strongly support an earned path to citizenship for immigrants, strengthening families and industries and giving strivers the chance to pay this country back. Even as reform festers at the federal level, forward-thinking cities like New York and states like California have taken assertive steps, offering official documents like driver’s licenses and identity cards, and tuition breaks and other means of inclusion, to offer immigrants opportunities, all for the common good.

Ideas like these are realistic, practical and have the added benefit of being morally defensible. It has long been a hard job to keep the highly combustible immigration debate on the right side of sanity and reality. That progress is now being undone before our eyes in the presidential campaign, courtesy of the faux-populist billionaire who says immigrants are the reason this country is weak and frightened and going to hell.

Not every Republican contender agrees with Donald Trump on ending “birthright” citizenship, but he’s not backing down.

The Constitution’s 14th Amendment grants citizenship to people “born or naturalized” in the U.S., but Trump said on Wednesday ahead of a New Hampshire town-hall forum that “a lot of people” think that does not apply to “anchor babies” born in America to noncitizen parents.

Such babies, Trump said, are then entitled to “Social Security, Medicare, education. Give me a break! It doesn’t work that way. The parents have to come in legally.”

Some Trump rivals embrace limiting “birthright,” but ex-Texas Gov. Rick Perry said during a swing through Iowa that he would rather focus on boosting border security now.

“Reality is it takes at best years, probably decades to deal with this 14th Amendment issue,” he said.

1 Response to Trump – GET OUT!