Seen from her back, young woman lying on beach wearing bikini viewing the ocean as in the distance male surfer comes out of the water. 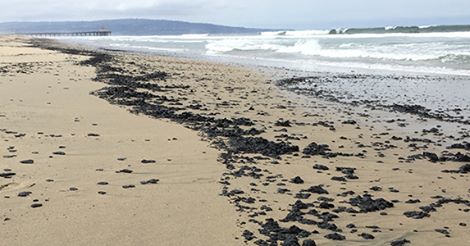 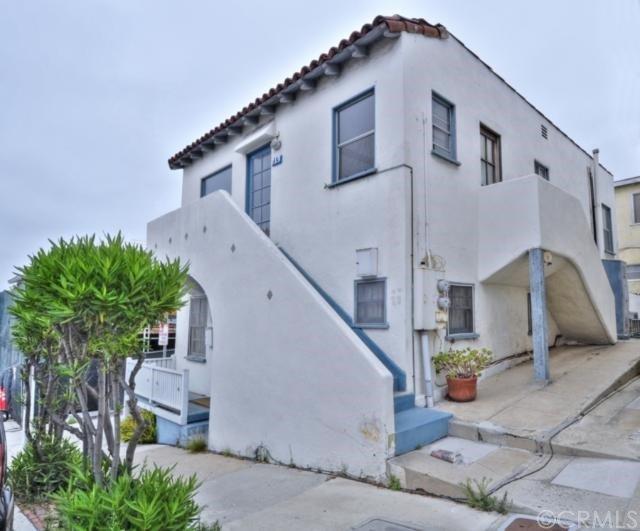 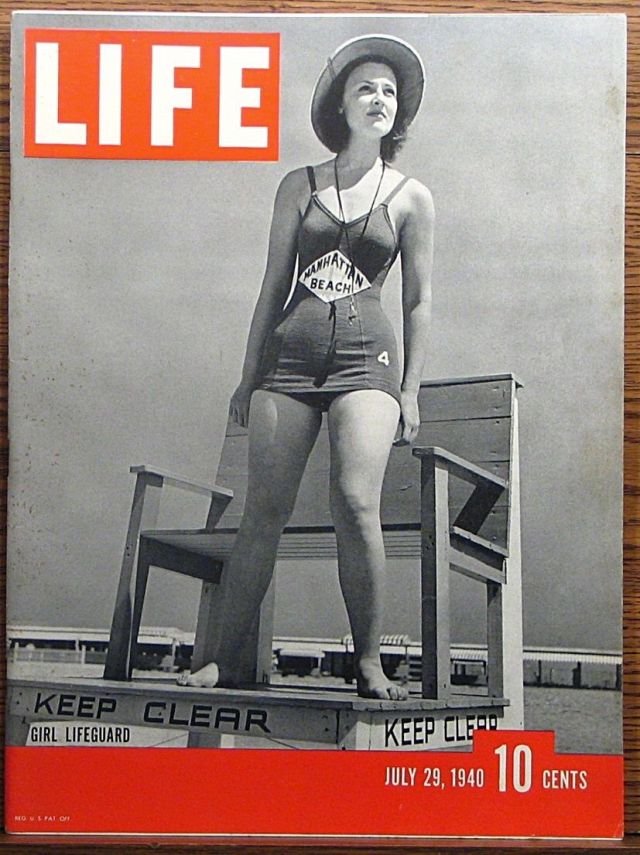 Lawrence Chazen is a master of deceit. He made Noble Oil a offshore entity so they can ELUDE the IRS. Oil companies are ELUDERS. They are constantly forming and reforming oil companies, making new partnerships to ELUDE responsibility. Noble Oil is a partner of Plains All American Pipeline that is probably is at home in Switzerland.  The spilled oil from the Santa Barbara spill has shut down Manhattan Beach.

Above is a photo of the house my ex-wife lived in with Thomas Pynchon, who is in our family tree, as is Christopher Wilding, Liz’s son, who married Aileen Getty. Neither Chazen, Pierrot, or any member of my family and their ghost writers, knew Elizabeth Rosemond Taylor is our kindred, and all the Gettys are in our family tree.

The beauties on the breach appeared in LIFE magazine, in the July 10, 1970 issue that Rena Easton spotted in a store window, and went to see if it was her sister on the cover. It was not. Her sister may be the beauty on the beach with approaching surfer. I believe this shoot was at Manhattan Beach where we see the Elusive Goo of Evil that eludes paying Uncle Sam, taxes. At the same time, Oil Pirates gather the World’s Art unto themselves so as to have a cover, A LOOK OF REFINEMENT.

I think the swimsuit industry is the third largest in the world. Rena Easton, a seventeen year old beauty from the Midwest, is responsible for my family ties to their very wealthy. She is our Helen of Troy. She and Chazen have a date with Destiny.

Below is an article from the Examiner that came out when Carol Williams was having her trouble with Sydney Morris over the creative Weston Estate. Michael Harkins sent this to me. He went with me to Christine’s funeral and helped me investigate how she died. Michael was a good friend of Jim Morrison, and the Stackpole family. He made this remark after we left Pacific Grove to home;

“Gee! I’ve never been to a theme funeral before……..”Don’t let the dream die!”

The outsider who came to own our Creative Family Legacy, because Sydney Morris sold it to her – as was the wish of Chazen – worked the reception at the Rosamond Gallery after the funeral. This was a corporate takeover after a Default. A new Presco family was formed with outside attachments – parasites!

Here is the story Royal Rosamond wrote about a man who went camping on Santa Cruz Island. My family knew nothing about Royal’s history.

Getty’s son Billy also invested in five businesses, and other Gettys, including Gordon’s wife, Ann, own stakes in some.

Oil washes up naturally, but that is not the case here today. There are already people here suited up beginning to clean it up.”

The unusual oil slick in Manhattan Beach comes after a May 19 spill some 100 miles north that dumped more than 100,000 gallons of crude oil onto the Santa Barbara coastline and into the Pacific, leaving slicks that stretched 9 miles along the coast.

In ordering Plains All American Pipeline to submit a written plan by June 6 that will outline measures for analyzing the spills effects on the environment, Jared Blumenfeld of the U.S. Environmental Protection Agency said the federal government wanted “to make sure the oil response work continues until the Santa Barbara County coastline is restored.”

Coast Guard Captain Jennifer Williams, the federal on-scene coordinator for the response team handling the Santa Barbara spill, said in a statement the order defines Plains All American as the “responsible party” and that government agencies would continue to work alongside the company on the cleanup.

A representative for Plains All American could not be reached for comment. 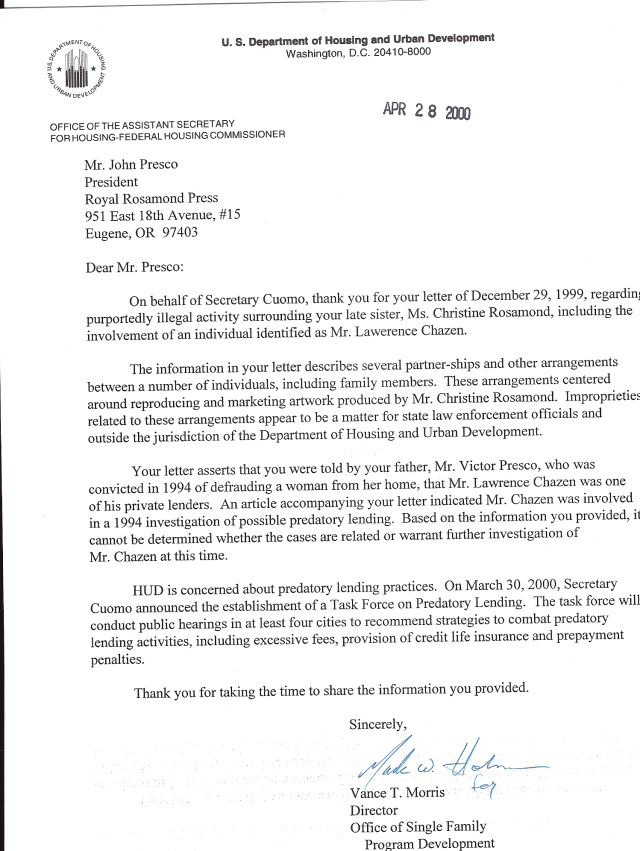 In 1990 I told my mother about a theory I had regarding my father’s business associates who made loans to folks who defaulted on home loans. Vic Presco told me Lawrence Chazen was his private lender, and through him his friend, Garth Benton, met my famous sister, the artist, Rosamond. Garth and Chazen are friends and business associates of the wealthy Getty family. I had met someone who knew Chazen, he running to him at auctions where homes that had defaulted to banks were being auctioned. I wondered if Chazen had made the loans on these homes, and is buying them back – for a song!

When I told my mother, who worked at Caldwell Banker, that his could be a scheme not unlike the one in the musical Paint Your Wagon – where two scammers collapse the Town With No Name while mining the gold dust that fell through the cracks in the floor – Rosemary gasped!

“Stay away from these men. They will kill you!”

When I watched ‘Money Power and Wall Street’ last night, I got chills, for the mortgage meltdown resembled my theory. Many financial wizards did not SEE IT COMING – when I did! In my struggle to get to the truth about events that brought my famous sister, low, I came to conclude FAMILY GREED was to blame. Being a hippie prophet I was forced to look with my special vision at things that were offensive to me. Love of Money was at the top of the list.

In my next posts I will offer proof that I am a TRUE PROPHET, who if consulted, could have prevented the permanent collapse of the World Economy. You can not argue that my vision is what everyone wanted – before the collapse, so, why argue it is not wanted, and needed – NOW?

It ain’t over, folks – till the fat lady sings! God knows the Wall Street drifters and grifters have had their day – for a song! Are not they minor prophets who you trusted with your money? Why not cross my palms with silver, and I will tell you which way the wind blows! You see, if I warn you for free – I own no credibility!

Peter Stackpole, 83, the last of the original four staff photographers for Life magazine. Born in San Francisco and brought up in Oakland by artist parents, Stackpole began dabbling in photography in high school. He built a home darkroom and began taking pictures for local newspapers. A key picture in 1934–a shot of President Herbert Hoover snoozing at a University of California commencement–provided his break. Although Oakland Tribune Publisher William Knowland refused to print the picture, Time magazine bought it. That success led to other assignments and to a 25-year career with Life after it was started in 1936. Stackpole joined the late Thomas McAvoy and the legendary and better-known Alfred Eisenstaedt and Margaret Bourke-White as the entire Life photo staff. Stackpole’s work graced 26 covers of the news photo magazine. He was the first to make informal photographs of film stars relaxing in their homes, giving fans more informative images than the studio portraits they were accustomed to seeing. Among those he photographed were Errol Flynn, Douglas Fairbanks Jr., Alfred Hitchcock, Ingrid Bergman, Orson Welles and Elizabeth Taylor. In 1991, Stackpole lost virtually all of his 60-year collection of negatives in the Oakland Hills fire. On Sunday in Novato, Calif., of congestive heart failure.

It was a match made in Hollywood: Elizabeth Taylor’s son and oil tycoon J. Paul Getty’s granddaughter. But the script had a peculiar twist—

25, Liz’s offspring by her late second husband, Michael Wilding, could only plight his troth to Aileen Getty, 20, under a full moon and over salami and crackers at a cocktail party. There won’t be a wedding for three years because her grandfather’s will stipulates that Aileen will be disinherited (and lose $100,000 annually) if she marries before she is 23.

No matter, Elizabeth clearly dotes on the couple. Leaving her husband, Sen. John Warner, in Washington, she sallied West and rallied old friends. Martin Mull, Sissy Spacek, Roddy McDowell, Carol Burnett and Dudley Moore were among the 150 guests at a formal engagement party held at the Brentwood home of Aileen’s divorced mother, Gail Harris Getty. Timothy Leary showed up, as did Taylor’s mother, Sara, 89, and Aileen’s two brothers—J. Paul III, who lost an ear to Italian kidnappers in 1973, and Mark, in from his British prep school, Harrow.

The 48-year-old Elizabeth shimmered in pearls and the hostess was a match in an amethyst choker. The kids weren’t outdone. Aileen flashed an engagement ring of imperial jade encircled by diamonds, and Christopher, who is a photographer, sported a gold hoop and diamond studs in his left ear lobe.

The couple drifted together about two years ago and lived briefly with Chris’ brother, Michael. After Michael left for London to form a rock band, Chris and Aileen moved on to a modest duplex in Hancock Park. Liz bunked in their bedroom during her L.A. visit—even on the night of their “surrogate marriage,” as Aileen blithely called the engagement party.

Christopher Wilding, 55, works as a photographer and film editor. He famously married oil heiress Aileen Getty in 1981. Before their wedding, Taylor threw a star-studded party for the couple, hosting Sissy Spacek, Carol Burnett, Dudley Moore and more of her A-list friends at the home of home of Aileen’s divorced mother, Gail Harris Getty.

While still working for Shorenstein, Newsom formed his first business partnership, PlumpJack Associates, to open a wine shop on Fillmore Street. His partner was Gordon Getty’s son, William or “Billy” as he’s called, whom Newsom had known since boyhood. He said Gordon Getty invested between $7,500 and $15, 000.

The wine shop opened in 1992. Other ventures followed. By last year, Newsom had created a network of limited partnerships and holding companies to own and operate businesses and investments in San Francisco, Napa Valley, Squaw Valley and Maui.

Most are part of the PlumpJack group, which in addition to the wine shop includes the upscale PlumpJack Cafe, also on Fillmore Street, the PlumpJack winery and an online wine outlet.

Other Newsom partnerships own two popular Cow Hollow night spots, the venerable Balboa Cafe and the MatrixFillmore bar, which features designer cocktails, a plasma screen video system and tables shaped as letters S, E and X. Other partnerships run the Squaw Valley Inn, or are associated with PlumpJack and Balboa cafes at the ski resort.

And while Newsom contended that Gordon Getty is only one financial backer of many, records show the billionaire is Newsom’s top outside investor, either individually or through his firms and family trusts.

Getty owns 49 percent of the concern that manages all the PlumpJack businesses; 96 percent of the winery; 96 percent of the partnership that runs the Squaw Valley Inn; and more than 80 percent of Newsom’s real estate development firm (recently, Getty and Judge Newsom bought him out, Newsom says). Getty has a smaller stake in the other businesses, but he’s still the lead outside investor in most.

Getty declined to be interviewed for this story. In response to written questions, he said he treats Newsom like a son and invested in Newsom’s first business because of that relationship. “After that,” he said, “the reason for my further investments was the success of the first.”

Getty’s son Billy also invested in five businesses, and other Gettys, including Gordon’s wife, Ann, own stakes in some.

1 Response to Beauty and the Beastch