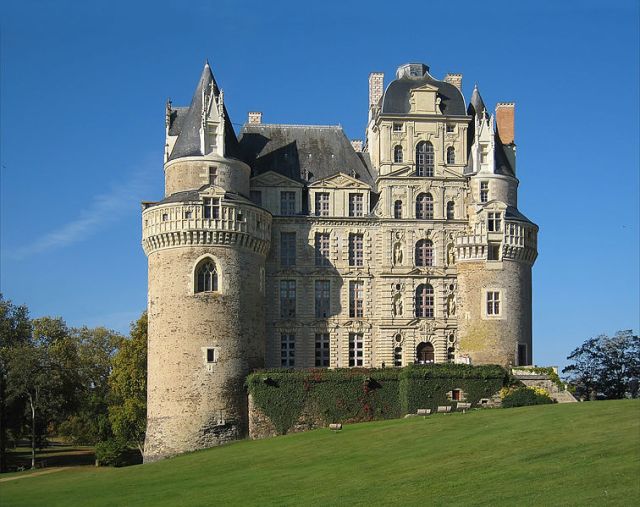 Virginia Hambley is also kin to the Brissac family.

Victor de Bourmont is a member of one of the great Angevin aristocratic families. He was born 1907 in Pontivy and died in March 1945 in Pomerania near Kolberg (Korlin). It descends many aristocratic families of the region and of Brittany, including the Cossé-Brissac, and Rohan. Many of her forebears were under the former Regime, presidents or advisors of the Chamber of Auditors of Brittany and Normandy.

Married in 1938, he left behind, his death four children in infants.

De Cossé-Brissac (home of Chris with the title of Duke of Brissac) is a surviving family of French nobility.

It has four marshals of France, generals, peer of France, six Knights of the Holy Spirit, two Governors of Paris, with large bodyguard of France, the great Falconer of France, three bishops, as well as a politician in the French Fifth Republic…