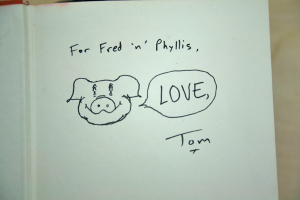 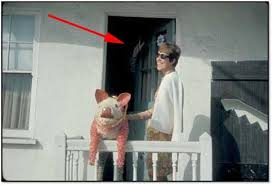 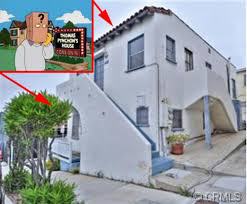 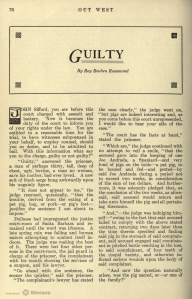 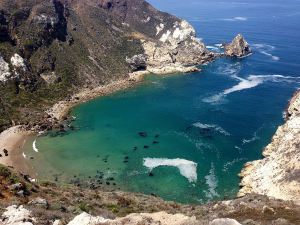 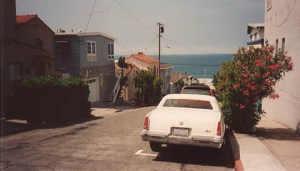 America authors, Royal Rosamond, and Thomas Pynchon, are in the Rosamond family tree. These writers adopted a pig as a mascot. In Roy’s story ‘Guilty’ that was published in Out West magazine in 1912, a crawfish catcher goes out to Santa Cruz Island to get sober, and befriends a wild piglet.

“I thought that the wild pigs of Santa
Cruz were entirely exterminated. Not
long ago the Island Company gave a
dollar bounty for their skins and they
were killed by the thousands. Am I
right?”

“Santa Cruz is rough; lots of brush
and chapparal and caves where they
can hide. There are plenty wild pigs
left. I killed nine while I was over
there. Killed the pig’s mother. He
wasn’t any bigger than my fist when I
got him, still sucking. I took him home
and fed him on canned cow.”