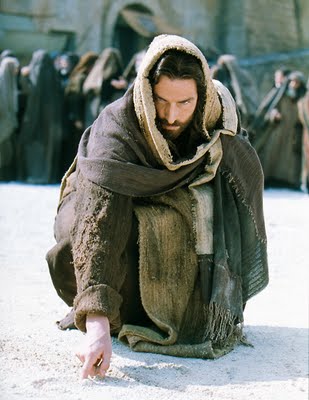 I have posted several times my demand for the Evangelical End Time Loons and their Neo-Confederate allies to GET OUT of the Republican party founded by my kindred and the Radical Republicans who were non-religious foreigners. If it had not been for the Forty-Eighters fleeing to America, then Slavery would still be legal. There never would have been a Civil War. Women would not be allowed to vote.

A  Pulitzer Prize-winner has concluded religion is bringing us down – even though he is religious. I have blogged on my death and seeing God, even going to heaven, but I am not for religion, but against religion. Did God bid me to take this stance? I believe so.

What did Jesus write in the sand? How about;

“Get out of religion, and into humanity.”

E.O. Wilson, a Pulitzer Prize-winning sociobiologist, recently spoke with New Scientist about his latest book, “The Meaning of Human Existence,” in which the scientist tackles three fundamental questions of religion, philosophy and science: Where do we come from, what are we and where are we going?

Over the course of the interview, Wilson discussed the concept of organized religion, which, he says is destroying the tribal structure of the Earth.

“All the ideologies and religions have their own answers for the big questions, but these are usually bound as a dogma to some kind of tribe,” he said. “Religions in particular feature supernatural elements that other tribes — other faiths — cannot accept… And every tribe, no matter how generous, benign, loving and charitable, nonetheless looks down on all other tribes. What’s dragging us down is religious faith.”

There is a civil war brewing in the Republican party. For several years I have been ordering Christian-X, and the Tea Party, to get out of the Republican Party founded by my kindred. Many evangelicals are claiming America belongs to them. They say it is their heritage divinely given to them by Jesus. I disagree – sometimes as a Nazarite. I have one person in my church – me!

Now that a radical Christian faction of the Republican party is threatening to shut down government, I believe it is vital their claim as owners of this Democracy be severely challenged! This Holy Deed must be refuted and taken away from them just incase it is the MOTIVE for creating chaos!

“Hey! They own America, so they have the right to do what they please.”

He also said that if Senate Majority Leader Harry Reid nixes the House plan, then “he’s responsible for shutting down the government.”

Reid said last week he would keep the health law intact despite Republicans’ attempts, in his words, “to take an entire law hostage simply to appease the Tea Party anarchists.”

“Baton Rouge – Rick Santorum has defended himself against critics who slated him for courting the Rev. Dennis Terry of Greenwell Springs Baptist Church, Baton Rouge, by insisting he didn’t clap when Terry said non-Christians should get out of the country.”

The Republican Party and the nation of Israel – where Abraham once dwell – was founded by Socialist Germans, and my kindred, Jessie and John Fremont. Abraham did not live in America. Reverend Terry claims Jesus is God, then changes his tune.

GET OUT of my people’s party you bigoted liar! And take your ilk with you! Form your own party! Say what you will – in your own party of God-Jesus. But, your kind won’t, because you are more interested in winning elections – at any cost – then serving your Lord by spreading His Word! A third religious party would lose elections for Republicans – everywhere!

Santorum claims he wasn’t listening, his mind on playing politics – in the name of Jesus!

beloved history, and are not Traitors reborn. Well, if this is true, then I highly suggest you get out of Fremont’s Republican Party, and become Democrats – again! Three years ago I registered as a Republican Prophet, who clearly saw your true motives, and drove Fremont’s flags into the heart of your Dragon!

This article is about the American political faction. For other meanings, see Radical Republicans (disambiguation).
The Radical Republicans were a loose faction of Americanpoliticians within the Republican Party from about 1854 (before the American Civil War) until the end of Reconstructionin 1877. They called themselves “radicals” and were opposed during the war by moderates and conservative factions led by Abraham Lincolnand after the war by self-described “conservatives” (in the South) and “Liberals” (in the North). Radicals strongly opposed slavery during the war and after the war distrusted ex-Confederates, demanding harsh policies for Reconstruction.[1]