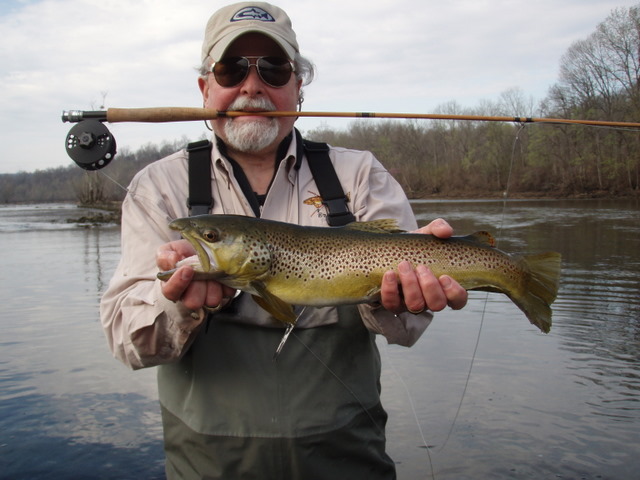 Below is an article on how to brand your company or non-profit organization. This is made extremely easier if your kindred owned businesses with your company’s name. This morning I purchased a business card, and other items whereupon is the name

My grandfather was a Newspaperman – of sorts! He sold 400 copies of The Oklahoman, and 200 copies of the Oklahoma Times, at his newspaper stand in Oklahoma City. He tutored young people in poetry and had plans to build a Poet’s retreat on the Buffalo River.The Ozark Historian, Otto Rayburn, was supportive of this.

It is the objective of my newspaper to restore the dream of these two men who published their own magazine. Rayburn published ‘Arcadian Life’, and Royal’s Gem Publishing, published ‘Bright Stories’. Royal also published one novel under ‘R.R. Rosamond Publishing’ founded in 1931 in Ventura where it was published.

If any respectable gentleman or company owns, or is seeking to own a resort on the Buffalo River, and is seeking a name with great branding, let me know. I see;

Otto Ernest Rayburn was a writer, magazine publisher, and collector of Arkansas and Ozark lore. Vance Randolph, in his introduction to Rayburn’s autobiography, Forty Years in the Ozarks (1957), defined Rayburn as a “dedicated regionalist” and added, “There is no denying that, in the period between 1925 and 1950, Rayburn did more to arouse popular interest in Ozark folklore than all of the professors put together.”

Otto Rayburn was born on May 6, 1891, in Hacklebarney settlement, Davis County, Iowa, to William Grant Rayburn, a farmer, and Sarah Jane Turpin Rayburn. The family soon moved to Woodson County, Kansas, where Rayburn grew up. In 1909-1910, he attended Marionville College in Marionville, Missouri. In the spring of 1917, Rayburn bought forty acres near Reeds Spring, Missouri. In June, he enlisted in the U.S. Army and served in France. He was discharged at Camp Funston, Kansas, in May 1919. For the next few years, he taught in Kansas and Arkansas schools.

In 1924, he became school superintendent for the Kingston Community Project of the Board of Missions of the Presbyterian Church. He regarded the six years he spent at Kingston (Madison County) as one of the most important epochs of his life. On September 26, 1925, Rayburn married Lutie Beatrice Day of Hopkins County, Texas, and brought her back to Kingston. They had two children. He was attracted to Kingston by its isolation, “a community that has a splendid highway in but no road out.”

In Kingston, he published his first magazine, Ozark Life: The Mirror of the Ozarks, beginning in June 1925, edited jointly with James T. (Ted) Richmond. The sixteen-page paper struck the tone that continued in virtually every periodical Rayburn ever undertook from then on, a tone that the late twentieth century calls boosterism or hype. Kingston is “Nature’s Beauty Shop,” and the King’s River valley is “one of the fairest dimples in the face of the smiling Ozarks.” He also wrote a column, “Ozark Folkways,” for the Sunday Arkansas Gazette for eight years beginning in 1927, as well as the column “Ozark News Nuggets” in the Sunday Tulsa Tribune.

Rayburn and Richmond sold the magazine in 1931. The same year, in Eminence, Missouri, Rayburn started The Arcadian, sometimes known as The Arcadian Magazine, with the subtitle, “A Journal of the Well-Flavored Earth.” Rayburn wrote much of the material himself, but he also published poetry, fiction, and commentary by other writers. The Arcadian Magazine ceased publication in mid-1932. Rayburn enrolled at East Texas State Teachers College in Commerce, Texas, and published another magazine, Arcadian Life, subtitled, “A Journal of Ozarkian Lore and Pastoral Living,” at Sulphur Springs (Washington County) and Commerce, Texas, from 1933 to 1936. During the summer of 1936, Rayburn received his World War I soldier’s bonus. He returned to Arkansas and discovered Caddo Gap (Montgomery County), a village in the Ouachita Mountains. He taught in the Caddo Gap school and had a writers’ workshop at the Shadow Haven Tourist Courts, owned by Ida Sublette Cobb, a poet and the mother of promin!
ent Republican politician Osro Cobb.

In 1940, Rayburn was commissioned by Duell, Sloan, and Pearce to write the American Folkways Series book on the Ozarks. Ozark Country came out in December 1941. His most successful extended piece, it went through four printings. In 1941, after Ozark Country was finished, he moved to the Rural Dale School in Saline County and in 1943 started another magazine, Ozark Guide. In 1945, he retired from teaching and moved to Eureka Springs (Carroll County), where he opened Rayburn’s Book House. In Eureka Springs, he gave guided tours, sold real estate, and managed the annual folk festival, in addition to publishing Ozark Guide. He published The Eureka Springs Story in 1954 and his autobiography in 1957.

Rayburn died on October 30, 1960, in Fayetteville (Washington County) after a short illness. An Arkansas Gazette editorial called to him a “Champion of the Ozarks” and noted that “His Ozark Folk Encyclopedia, a monumental collection. already has served useful purpose and will continue to do so.”

My uncle Vincent Rice became my art patron when I was sixteen. I had given him a seascape I had done, that he had framed and proudly hung over his mantle. Later, he would save a painting I did when I was thirteen, and frame it. I worked at Vinnie’s warehouse one summer, and he gave me his car, the 1957 Ford Fairlane in the photo above.

Vincent married Roy Reuben Rosamond’s oldest daughter, June. They had no children, and tried to make the Presco children their surrogate children, with little success. Vincent did his best to help us, he letting us live on the house on Glendon, for little, or, no rent. When he died, he left a good chunk of money to my siblings and I, and our cousin. I immediately made plans to acquire a scanner and new computer so I could publish historic letters and photographs on the internet.

Above are two photos that were on file at the University of Arkansas that I sent for. They appeared in the Otto Rayburn collection. Otto also was a good friend of my grandfather. Otto was a good friend of the artist, Thomas Hart Benton, the cousin of Garth Benton, who married Christine, Rosamond Presco, and born, Drew Benton. The Hand of Fate is at work here. Above are two letters from Rayburn that I will donate to the UofA. In 1998 I donated Rosamond’s ‘At Martha Healey’s Grave’ a small book I republished under my registered newspaper, Royal Rosamond Press Co.

The `Back to the Earth Movement’ was not invented by Hippie. In the 1930s many Americans were seeking a return to the Arcadian lifestyle
that was disappearing fast. My grandfather, Royal Rosamond, was at the vanguard of that movement, he leaving his beautiful wife and
four daughters to go live in the Ozarks where he was born where he would write four novels about the Billy Boys. He was good friends of
Otto Rayburn who bid him to find Californian poets who would contribute to his Magazine `Arcadian Life’.

The log cabin on the cover of this issue was built by Royal on his forty acres in Arkansas where he established a fishing retreat for
poets. Royal played the fiddle and collected quilts. He taught poetry in his attic studio in Oklahoma City where he died estranged
from his daughters. His wife, Mary Magdalene Rosamond, thought her husband quite the irresponsible Fool, and bid Royal not to come
home, she more capable then he of raising their children. One can say my grandfather dropped out of society. Five years ago I located
his unmarked grave and put a marker there. He was son of two roses, Rosamond, and Ida Louisiana Rose.

Lillian told me of the time she and her father went the dunes in Ventura where lived a colony of people in humble shacks. I am
wondering if this is not a splinter group of “The Dunites” that made a colony of Seekers in Oceana near San Louis Obispo. Royal called these people “his people” and visited them frequently. There was a Scotsman who played the fiddle for Lillian.

Professor Ernest Wood was a Theosophist working at the Theosophical Society in Madras, to whom Baba gave an explanation as to what he
meant by spirituality. Lillian said women from the Theosophical society befriended her mother Mary, and she thinks they contributed
to her independent nature.

It is important to understand we did not invent the core aspects of Hippiedom, so that we can establish a legitimate history that will
carry forth our best attributes. It is my plan to restructure the Family Creative Unity so it may last many lifetimes, and be enjoyed by all members of our family.

There’s a very fine line between being ostentatious and being memorable.

As a startup, your survival absolutely depends on you being the latter, but if you start to realize you have bled into the former, then what’s the best move? Stay the course, knowing you won’t ever be able to make everyone happy? Or call timeout, cut your losses and make a substitution?

Related: This Obsessive Entrepreneur Documented His 955 Rides as a Lyft Driver

The three-year-old startup, which is trying to make moves in a market dominated by the controversial but rapidly growing Uber, announced this week that it would be replacing its giant furry magenta mustache with a sleeker, smaller “Glowstache.” Yup, a glowstache.

The fluorescent pink mustache, about the size of a banana, will go inside a Lyft driver’s car on the dashboard. The previous mustache, which was large and furry, was affixed to the outside of a driver’s car. Still, the Glowstache retains the playful, irreverence that Lyft has used to distinguish itself from the more luxe, elite tone that its largest competitor has built its brand with.

Related: Uber Raises $1.2 Billion in New Funding Based on a $40 Billion Valuation

“The new Glowstache marks an exciting moment for Lyft as we embark on the next chapter of our growth,” the company said in an emailed statement. Glowstaches are expected to start hitting the streets in coming weeks.

To be sure, the fluffy pink mustache erred on the side of offensive to some potential customers. But it was also what put Lyft on the map. Shedding your defining feature isn’t always the best move, especially for a company still emerging.

What do you think? Did Lyft make the right move at the right time? Or should the company have kept the larger, more iconic mustache? Leave a comment below and let us know.