Pope Francis and the OSF 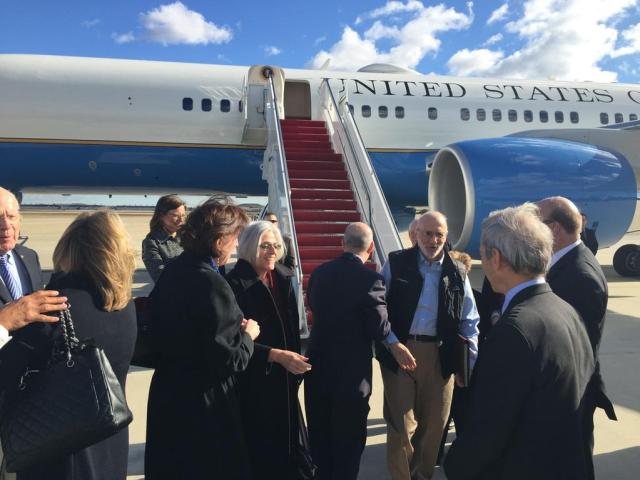 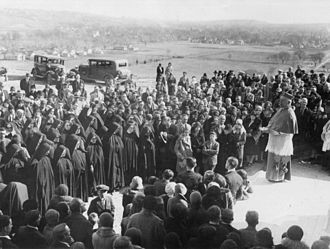 For several days I have been trying to locate a book about my grandmother’s cousins who were Sisters of the Order of Saint Francis. I found part of it posted on the web by a member of the Stark family. I put Mr. Stark in touch with the archivist of Briar Cliff College so they can own the complete copy of the book, and perhaps the original book. I am interested in the chapter on the Pilgrimage to Assisi. That Pope Francis said dogs can go to heaven, aligns him with the mission of Saint Francis who had a spiritual conversation with a wolf. To read this morning that Saint Francis has improved our relations with Cuba, suggest this Pope walks in the footprints of Saint Francis.

Above is a photo of Father John and his three sisters.

US President Barack Obama is scheduled make a statement at 1700 GMT on Cuba, the White House said. Obama is expected to announce a shift in Washington’s Cuban policy. Cuban President Raul Castro, in turn, is scheduled to address his nation at the same time regarding his country’s relationship with the United States.

According to US officials, Washington will begin talks on normalizing diplomatic relations with Cuba and opening an embassy in the country, AP reports. The embassy could be opened within months, the officials said. Cuba will also open an embassy in Washington DC.

The Vatican’s second-in-command, Cardinal Pietro Parolin, the secretary of state, moderated the October meeting after the two countries sought out the Vatican as a trusted broker near the conclusion of their negotiations.

For Francis, the breakthrough on Wednesday burnished his efforts to reposition the Vatican as a broker in global diplomacy. He has already waded into Middle East protests, hosting a prayer summit meeting between the Israeli and Palestinian presidents that bore few tangible results. Soon afterward, Israel began its military assault against Hamas, the Palestinian militant group, in Gaza.

But Francis has quickly become one of the world’s leading figures, and his role in the United States-Cuba breakthrough undoubtedly is tied to his status as the first Latin American pope of the Roman Catholic Church.

“He knows the Cuban situation by heart,” said Gianni La Bella, a professor of contemporary history and an expert in Latin American Catholicism, as well as a member of the Community of Sant’Egidio, a liberal Catholic group active in international affairs. “He visited when he was a cardinal and has a strong relationship with the archbishop of Havana, who is obviously a strategic player in this.”

In April, the Vatican and Cuba celebrated 79 years of diplomatic relations as they jointly staged a photography exhibition at a church in Rome. Although the Vatican has had problems with Havana, it steadfastly opposes the American embargo and has kept diplomatic lines open.

1 Response to Pope Francis and the OSF