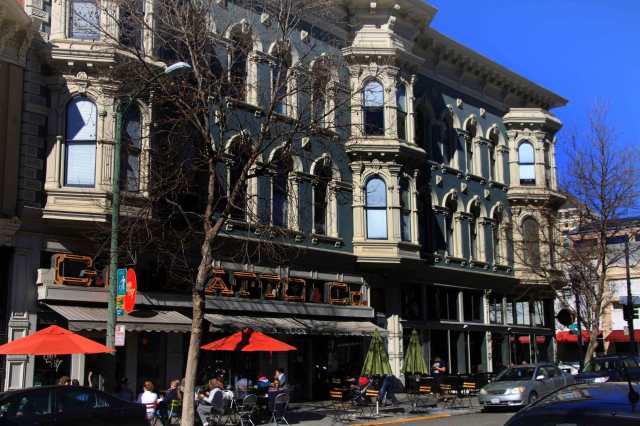 I found Rosalie Ritz before her huge easel in and old Victorian office building on Broadway in downtown Oakland. I had come to get some more brass fittings from the old bait and tackle shop, but, they had moved. I was the only model boat sailor in the East Bay. I had rigged a automatic tacking device on my catamaran that would eventually bring it to the edge of the unused model boat lagoon that was built by the WPA located in Berkley’s Aquatic Park. It was all mine, now.  The WPA had built Jaunita Miller’s Woodminster Theater and Water Wonder. I made my model at the time Altamont was being lauded as the West Coast Woodstock. My friend Peter Shapiro asked me if I was going and I told him it is going to be a disaster. I am a prophet.

I was moving away from the hippie scene, and was finding unique things to do, by myself. Exploring Old Oakland was now my cup of tea. Who was this ‘Mad Woman’? Why is she here? Obviously she is crazy, and thus I liked her instantly. In fifteen minutes, Rosalie has set the hook, and I am being reeled in to the most mad cap Alice in Wonderland scene I have ever been a part of.   It would end with Ms. Ritz locking the board of directors of the Upstairs Art Association in a antique room, pulling the fire alarm, and calling the police.

Rosy was a one woman riot who could not understand why these crazy-ass black artists she surrounded herself with, were not on the front page at least once a week. Rosalie had become famous for her courtroom sketches of extremely radical people, and things began to go wrong when we disappointed her, let her down, exhibited over and over again we did not have the right stuff. This woman was a Publicity Stunt. On Halloween Eve, she convinced the television stations to cover an ancient couple from outer space who were going to take thirty UAA artists home to their planet.

After I told Ritz who my sister was, and my mother worked with the woman that headed California’s National Endowment for the Arts, I was made General Manager and put in charge of a painting crew whose job was to restore these vintage offices with a ornate fireplaces in each one. When we put paint stripper on them, we exposed hand-painted tiles from Europe.

One day I walk in wearing an old surplus Norwegian army cap that I found in the greatest surplus store in the world once found on Market Street in San Francisco. It looked a barrette. It had some letters on it.  I think they were RNA. One look at it, and Ritz goes nuts.

“Where did you get that hat!” Rosalie asks as she yanks it off my head.

“In a surplus store in San Francis…..”

“How much did it cost?” she shouts, as she puts it on.

Rosalie runs for her purse and hands me a twenty dollar bill and some money for BART. In two hours we are going to have a big social event at the old train station. Walter Dallas and his troupe of actors is going to put on a skit. No sooner do I walk in the door, then Ms. Ritz has grabbed a handful of these foreign army hats, and I insisting these black actors wear them.

Rosalie did the courtroom sketches for Pattie Hurst’s trial, Angela Davis of the Black Panthers. Just then, the crème de la crème of Oakland Society start coming through the door in their tuxedos. I took at the startled look on their faces. Uh-oh! I could see where this was going. Two of my friends who belonged to the Symbionese Liberation Army had been questioned by the FBI. Then, there is a loud “BANG!” as the balloon this beautiful black thespian was blowing up, got lose, hit the ceiling, and exploded!  Let the DISASTER MOVIE….begin!

Here are some images Rosalie rendered of the Upstairs Art Association. 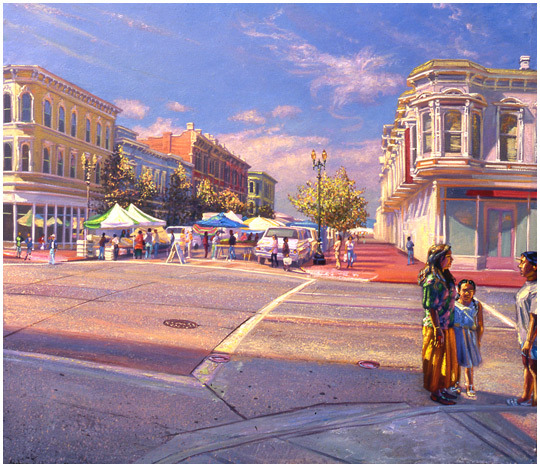 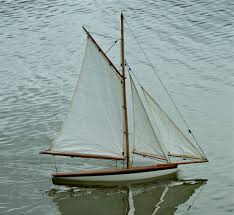 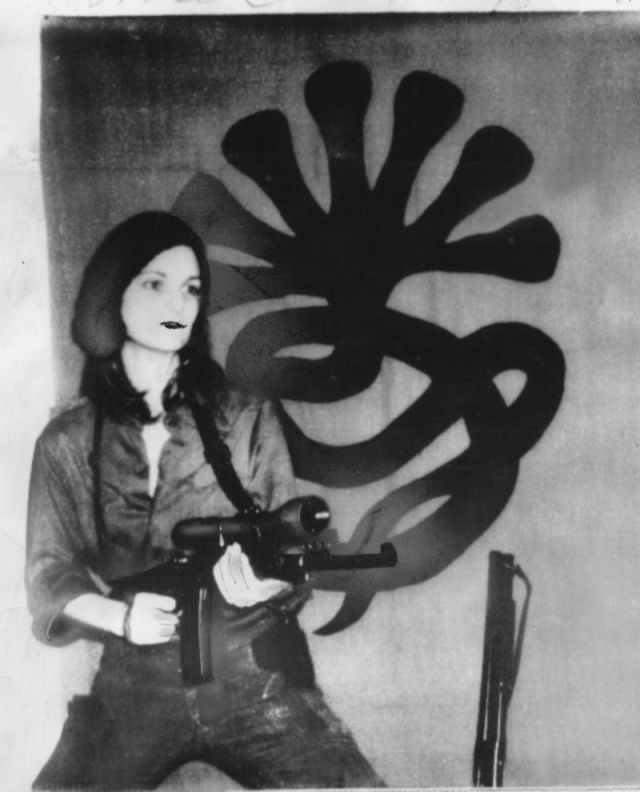 Rosalie Ritz (August 6, 1923 – April 18, 2008),[1] born Rosalie Jane Mislove in Racine, Wisconsin, was an award-winning journalist and courtroom artist who covered major United States trials in the 1960s through the 1990s. She worked with both CBS and Associated Press, and was presented with the Associated Press Award for Excellence in 1972.

The seventh of ten children, Ritz showed artistic talent at an early age. She attended the Layton School of Art, married World War II navy veteran and athlete, Erwin Ritz in 1946 and is the mother of four children: Barbara Bray, Sandra Ritz, Terry Leach and The Environmentalist Publisher and Managing Editor, Janet Ritz.

After her marriage to Erwin Ritz in 1946, Ritz moved from Milwaukee, WI, where she grew up, to Washington DC. There, she worked with a group of artists in Georgetown. During this time, several of Ritz’s selected works (oil paintings) won places in national juried shows at the Corcoran Gallery of Art, the Smithsonian, and received an honorable mention at the Flower Gallery.

It was during these years in Washington DC, that Ritz first covered US Senate and US Congressional hearings, including the McCarthy Hearings, where cameras were barred. Ritz worked under contract for the Washington Post, CBS, Public TV, and the Associated Press. Selected drawings appeared in the Washington Post from these hearings.

Ritz’s courtroom drawings of the Angela Davis trial were featured in the 2012 documentary, Free Angela and All Political Prisoners.[3]

Ritz continued to cover trials through the early 1980s. In the 1990s, the Associated Press brought Ritz out of retirement to cover the O.J. Simpson civil trial.

Early in Ritz’s career, selected works (oil paintings) went on display at national juried shows at Corcoran Gallery of Art and at the Smithsonian.

During her years as a Courtroom Artist, Ritz’s sketches appeared in numerous publications, including the Washington Post and various Associated Press affiliates. Ritz’s sketches were also used on CBS news broadcasts and other media outlets.

In 2005, the UC Berkeley Art Museum held an exposition of Ritz’s sketches.

Later that year, the California Senate followed up with an exposition of Ritz’s selected works.

Rosalie Ritz died in California on April 18, 2008, nine months after the passing of her husband of 61 years, Erwin Ritz. She is survived by four children, five grandchildren and one great-granddaughter.[4]

Dallas, a graduate of Morehouse College and the Yale School of Drama, was based in New York when he accepted the invitation to come to Philadelphia in 1983 to create the School of Theatre for the University of the Arts. He got involved with Freedom Theatre and John Allen Jr., Freedom’s founding Artistic Director. Under Dallas, Freedom has worked with playwrights and artists including James Baldwin, Denzel Washington, August Wilson, Sonia Sanchez, Grover Washington, Jr. and Glynn Turman.
Read more at http://www.philly.com/philly/blogs/phillygossip/13031937.html#R58hG8ICXf68BScq.99

Dallas, a graduate of Morehouse College and the Yale School of Drama, was based in New York when he accepted the invitation to come to Philadelphia in 1983 to create the School of Theatre for the University of the Arts. He got involved with Freedom Theatre and John Allen Jr., Freedom’s founding Artistic Director. Under Dallas, Freedom has worked with playwrights and artists including James Baldwin, Denzel Washington, August Wilson, Sonia Sanchez, Grover Washington, Jr. and Glynn Turman.
Read more at http://www.philly.com/philly/blogs/phillygossip/13031937.html#R58hG8ICXf68BScq.99

, and model sailboats glided in the south basin that had been specially designed for that activity. The basin was soon declared to be one of the best model sailing locations in the country.