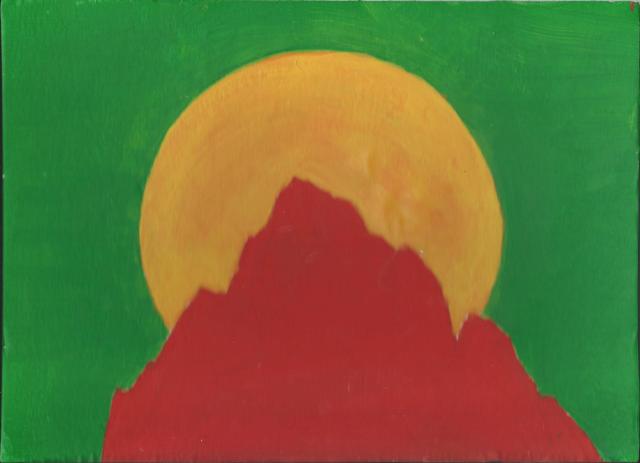 BEIRUT: A U.S. citizen has joined Kurdish forces fighting against ISIS militants in northern Syria, a spokesman for the main Kurdish armed group in the country said on Thursday.

When I designed the Alliance Flag I did not know the Kurdish flag was red, green, and white, sometimes with  a gold radiating light. The light on Rose Mountain, is the Light of God, who assured me yesterday that everyone who loses their head fighting the darkness of ISIS, will behold God. Even disbelievers will see God.

I take the flag my patriot ancestors fought under, away from those who take food from hungry Americans, and medical care away from the infirmed, and give it to Matson.

“The Kurdish official said that Jordan Matson had joined the Kurdish People’s Protection Units (YPG), who are mainly battling advances by ISIS close to Syria’s borders with Turkey and Iraq.

“Yes it is true,” YPG spokesman Redur Xelil said in an online message. “He is fighting in the Jazaa area.”

Jazaa is a town in Syria’s northeastern Hasaka province, close to the Iraqi border and has been the site of heavy fighting between the two groups.

The YPG said last month it has lost 35 of its fighters in a two-week battle for control of Jazaa and said Kurdish forces had killed hundreds of ISIS fighters.

Xelil, who said he had met Matson, sent a link to online photos on a Kurdish news agency which he said were of the American.

They show a smiling young man in an army shirt with a white and black scarf wrapped around his head. Xelil declined to give further details.

Reports on social media had identified Matson as a 28-year-old from Wisconsin and said he has told friends in a post on Facebook that he had joined YPG in Syria to fight ISIS.

Kurdish forces have been trying to prevent ISIS, an offshoot of al Qaeda, from capturing a town on Syria’s border with Turkey in fighting which has driven tens of thousands of Kurds from their homes and over the frontier since last month.

On Thursday ISIS tightened its grip on the town – Ayn al-Arab, known as Kobani in Kurdish – despite coalition air strikes meant to weaken them, sending thousands more refugees into Turkey.