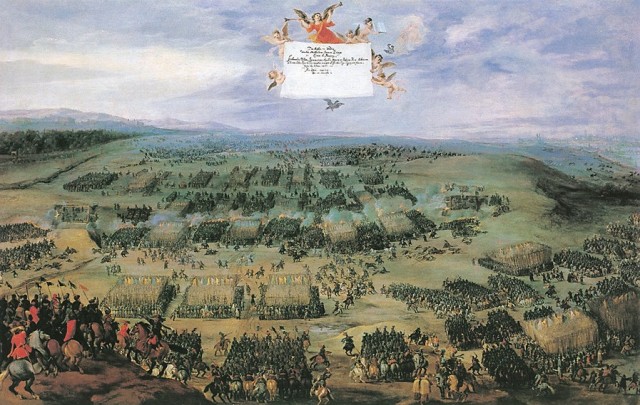 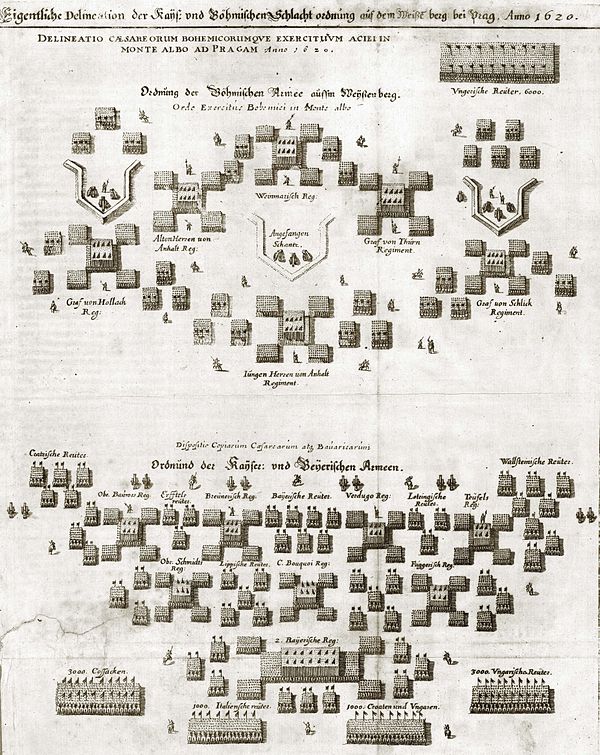 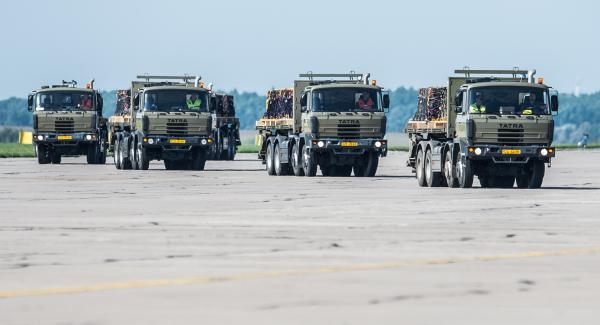 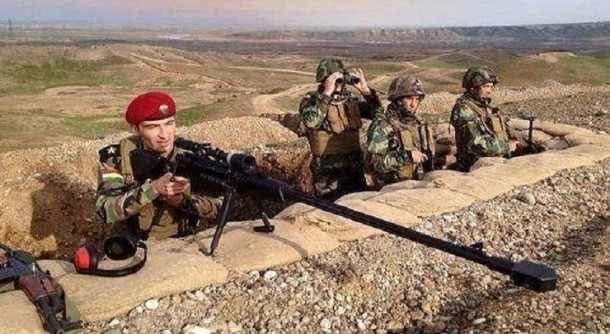 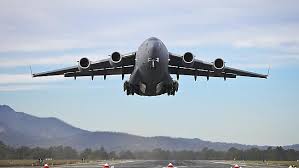 Twenty-seven years ago I began to warn my Hippie-Liberal friends that the Christian-right will take us back in time – to the new Dark Age! When Bush invaded Iraq, I told my friends Radical Islam will help the Christian-right put the world in Biblical mud buildings – with dirt floors.

The Czech Republic sent the Kurds AK-47 ammunition via the Canadian Air Force – that arrived September 18th. Is that Czech ammunition we see the Kurdish women loading into their weapons in my post ‘The Rebirth of Chivalry’? This ammo is a God-send that arrived in the nick-of-time!

The history of the British Isles and Bohemia is very intertwined.  Together they form the Protestant Hegemony in Europe. All the Royal Houses of Europe come together in Bohemia where on White Mountain the Protestant Wittelsbach family lost Bohemia to Papal Habsburg forces.  Pope Francis almost calls for a new Crusade. What would a Protestant Crusade look like? Would Francis bless such a thing?

Wensel Anton Braskewitz/Prescowitz, came to America from Bohemia Czechoslovakia. He was named after the Wenceslas Kings of Bohemia.

King George of England descends from the Wittelsbach family who fought against the forces of the Catholic Church on White Mountain. They lost, and the Protestant Royalty fled to England and lived as the Winter King and Queen of Bohemia. They were the Kingdom of America before the revolution.

The Czech Republic is a Socialist Nation, with Obamacare, as is Israel. The evangelical Tea Party make war on Obamacare in order to give their fake religious heresy some credibility. Why isn’t Israel fighting ISIS? Why can’t they send their champion to Iraq to fight pure evil? Just one!

“Ancient legends are associated with this mountain. The legend says that a huge army of Czech knights led by St. Wenceslas sleeps inside the mountain. The knights will awaken and help the Motherland when she is in great danger. According to legend there will be signs: trees in Blanik wood will get dry, but old dead oak under the mountain will be green again and a small spring by the mountain will become a river. Then during an epic battle between the Czechs and their overwhelming enemy the Blanik knights will come to their aid led by St. Wenceslas on his white horse. The enemy will retreat to Prague where they will finally be defeated.”

Frederick was born at the Jagdschloss Deinschwang (a hunting lodge) near Amberg in the Upper Palatinate. He was the son of Frederick IV and of Louise Juliana of Orange-Nassau, the daughter of William the Silent and Charlotte de Bourbon-Monpensier. An intellectual, a mystic, and a Calvinist, he succeeded his father as Prince-Elector of the Rhenish Palatinate in 1610. He was responsible for the construction of the famous Hortus Palatinus gardens in Heidelberg.

In 1618 the largely Protestant estates of Bohemia rebelled against their Catholic King Ferdinand, triggering the outbreak of the Thirty Years’ War. Frederick was asked to assume the crown of Bohemia. He accepted the offer and was crowned on 4 November 1619.[1] The estates chose Frederick since he was the leader of the Protestant Union, a military alliance founded by his father, and hoped for the support of Frederick’s father-in-law, James VI of Scotland and I of England. However, James opposed the takeover of Bohemia from the Habsburgs and Frederick’s allies in the Protestant Union failed to support him militarily by signing the Treaty of Ulm (1620). His brief reign as King of Bohemia ended with his defeat at the Battle of White Mountain on 8 November 1620 – a year and four days after his coronation.

After this battle, the Imperial forces invaded Frederick’s Palatinate lands and he had to flee to his uncle prince Maurice, Stadtholder of the Dutch Republic in 1622. An Imperial edict formally deprived him of the Palatinate in 1623. He lived the rest of his life in exile with his wife and family, mostly at The Hague, and died in Mainz in 1632.

His eldest surviving son Charles I Louis, Elector Palatine returned to power in 1648 with the end of the war. His daughter Princess Sophia was eventually named heiress presumptive to the British throne, and was the founder of the Hanoverian line of kings.

The Battle of White Mountain (Czech: Bitva na Bílé hoře), was an early battle in the Thirty Years’ War fought on 8 November 1620, in which an army of 30,000 Bohemians and mercenaries under Christian of Anhalt were defeated by 27,000 men of the combined armies of Ferdinand II, Holy Roman Emperor under Charles Bonaventure de Longueval, Count of Bucquoy and the German Catholic League under Johann Tserclaes, Count of Tilly at Bílá Hora (“White Mountain”), near Prague (now part of the city).[2] The battle marked the end of the Bohemian period of the Thirty Years’ War and decisively influenced the fate of the Czech lands for the next 300 years.

James VI and I (19 June 1566 – 27 March 1625) was King of Scotland as James VI from 24 July 1567 and King of England and Ireland as James I from the union of the Scottish and English crowns on 24 March 1603 until his death. The kingdoms of Scotland and England were individual sovereign states, with their own parliaments, judiciary, and laws, though both were ruled by James in personal union.

James was the son of Mary, Queen of Scots, and a great-great-grandson of Henry VII, King of England and Lord of Ireland (through both his parents), uniquely positioning him to eventually accede to all three thrones. James succeeded to the Scottish throne at the age of thirteen months, after his mother Mary was compelled to abdicate in his favour. Four different regents governed during his minority, which ended officially in 1578, though he did not gain full control of his government until 1583. In 1603, he succeeded the last Tudor monarch of England and Ireland, Elizabeth I, who died without issue.[1] He continued to reign in all three kingdoms for 22 years, a period known as the Jacobean era after him, until his death in 1625 at the age of 58. After the Union of the Crowns, he based himself in England (the largest of the three realms) from 1603, only returning to Scotland once in 1617, and styled himself “King of Great Britain and Ireland“.[2] He was a major advocate of a single parliament for both England and Scotland. In his reign, the Plantation of Ulster and British colonization of the Americas began.

At the end of August this year, the Czech government made a decision to donate their surplus army ammunition and hand grenades to Iraq to help the Kurds in their conflict with the Islamic State militants.

The gift to the Armed Forces of Iraqi Kurdistan was transported by the Royal Canadian Air Force military transport aircraft, the C-17 Globemaster III, and the delivery was accomplished in four round trips, with the last flight completed this week.

“In this phase, we dispatched machine-gun cartridges to Iraq which they urgently need for their fight against the Islamist militias in the north. The shipment procedure went off without a hitch, mainly because of the cooperation between two highly professional teams, the Czech and Canadian units,” Brigadier General Vladimir Halenka, Director of the Support Division of the MoD, said last week during the first flight from Pardubice airport.

In total, 500 tons of ammunition was delivered to Iraq, including cartridges for rifles, anti-armour weapons and hand grenades.

In terms of administration, the system is based on a compulsory insurance model, with fee-for-service care funded by mandatory employment-related insurance plans since 1992.[1]

listen), short form Česko Czech pronunciation: [ˈt͡ʃɛsko]) is a landlocked country in Central Europe. The country is bordered by Germany to the north-west and west, Austria to the south, Slovakia to the east and Poland to the north-east. Prague is the capital and largest city, with 1.3 million residents. The Czech Republic includes the historical territories of Bohemia and Moravia, and Czech Silesia.

The Czech state, formerly known as Bohemia (Čechy), was formed in the late 9th century as the Duchy of Bohemia, at that time under the dominance of the powerful Great Moravian Empire. After the fall of the Empire in 907, the centre of power was transferred from Moravia to Bohemia under the Přemyslids. In 1004, the duchy was formally recognized as a part of the Holy Roman Empire,[11][12] rising to the status of Kingdom of Bohemia in 1212. During the rule of the Přemyslids and their successors, the Luxembourgs, Bohemia expanded in size until reaching its greatest territorial extent in the 14th century. During the reform-driven Hussite wars in the 15th century, the kingdom faced economic embargoes and five crusades from the Holy Roman Empire, defeating all of them.

Following the Battle of Mohács in 1526, the Kingdom of Bohemia was gradually integrated into the Habsburg Monarchy as one of its three principal parts, alongside the Archduchy of Austria and the Kingdom of Hungary. The Bohemian Revolt (1618–20) against the catholic Habsburgs led to the Thirty Years’ War, after which the monarchy consolidated its rule, re-imposed Catholicism, and adopted a policy of gradual Germanization. With the dissolution of the Holy Roman Empire in 1806, the Bohemian kingdom became part of the Austrian Empire. In the 19th century the Czech lands became the industrial powerhouse of the monarchy and the core of the Republic of Czechoslovakia, which was formed in 1918 following the collapse of the Austro-Hungarian Empire after World War I. After 1933, Czechoslovakia remained the only democracy in central Europe.

Following the Munich Agreement and the Polish annexation of Zaolzie, Czechoslovakia fell under German occupation during World War II. By 1945, a major portion of the country was liberated by the Red Army, and the subsequent gratitude towards the Soviets, combined with disillusionment with the West for failing to intervene, led the Communist Party of Czechoslovakia to victory in the 1946 elections. Following the 1948 coup d’état, Czechoslovakia became a single-party communist state under Soviet influence. In 1968, increasing dissatisfaction with the regime culminated in a reform movement known as the Prague Spring, which ended with an invasion by the armies of the Warsaw Pact countries (with the exception of Romania). Czechoslovakia remained occupied until the 1989 Velvet Revolution, when the communist regime collapsed and a multiparty parliamentary republic was formed. On 1 January 1993, Czechoslovakia peacefully dissolved, with its constituent states becoming the independent states of the Czech Republic and Slovakia.

1 Response to Come to White Mountain