After My Death On LSD 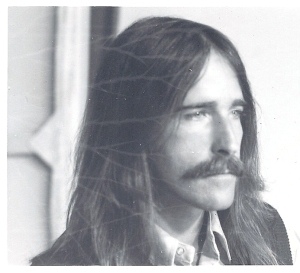 While attending Serenity Lane in Eugene Oregon, getting help for my alcoholism, I heard there was going to be a meeting of Meher Baba Lovers from all over the world at a Seminary College in Portland. It was a three day event. When it came time to have lunch in the cafeteria I found an empty table, I thought.  After taking a bite of my food, I looked up to see three gentleman standing over me. They wanted to say they were sitting there, but, ended up staring at me.

After being seated, one of them asked me;

“What do you do to make yourself look so much like Meher Baba?”

I put down my fork and responded to gentleman with the big mustache, and, who looked like Baba himself;

“I molded a plastic mask of the Avatar and strap it on each night. It is painful, but, it does the trick! Now, tell me your secret.”

This morning my Angel told me this upon waking;

I found out that Rick and others were called the “Baba-boys” by the Avatar of the Age who wanted these boys to spread his anti-LSD and drug message.  After my death on a massive dose of LSD on McClure’s Beach, two days later I was bid to take another dose so I could come back into my body. A group of people were waiting for me in the next room. They were members of the Brotherhood of Eternal Love. When I spoke to them, I said this;

“I am going to take this drug from you and dilute it in the ocean.”

This was February 1967. I was a original Hippies. I spread my anti-LSD and Marijuana message to all those who were close to me. I was not aware that my DNA carried a message that rendered all members of my natal family, alcoholics – and insane! The loss of my daughter and grandson, and the wanton destruction of my Rosy Family Tree that I recovered from oblivion, is proof we are being driven insane.

A half hour ago I watched a video that ISIS made. It shows a British journalist giving a MESSAGE to the world, claiming he does this of his own free will, and not because there is a gun pointed at his head. This is the epitone of Madness.

When I died, I saw God and His Liberating Truth. I will  speak of this event not to make you Believe, or have Faith or Religion, but that you be grounded in your divine creation, in a heaven that lie at your feet.  You were born in His image. You have the right to brush your fingers across the horizon of the sea, and whisper…….”I am!”

In the photo of me above you will see strands of energy around me like angel hair. This energy has protected me for many years. Guns have been put to my head, the trigger pulled, but, these weapons jammed! A month after my death I beheld a picture of Baba on the wall of our commune, and went into a deep trance. I saw that we suffered in similar ways.

1 Response to After My Death On LSD