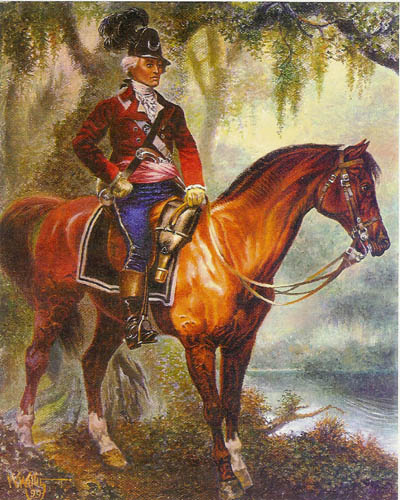 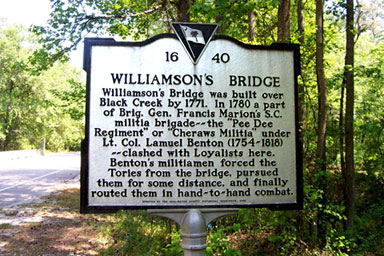 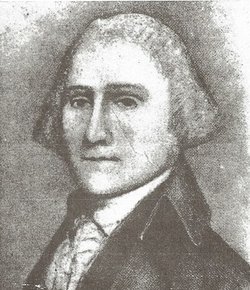 My kindred, Samuel Rosamond, Lemuel Benton, and Gavin Witherspoon, fought under the Francis Marion ‘The Swamp Fox’ in the War of Independence. John Witherspoon is a Signer and is kin to the Preston family, as are the three Patriots above. These four men are kindred to the Stewart family, and thus William and Harry Windsor. Add to this roster, the Hart and Hull family, then here is America’s most illustrious and Patriotic Family.

He sent Lt. Col. Lemuel Benton with sixteen men to seize the pass over Horse Creek. Horry’s men stumbled over a sentry who fired a shot, and they quickly rushed Sumter’s home with Col. Marion’s remaining 134 men closely behind them. In a brief fight, they killed or captured 22 British Regulars and two Loyalists. One of the Continental prisoners, Capt. Perry Benson of the 5th MD Regiment, was wounded as well.