John Monroe is a Psychic Mind-Squatter 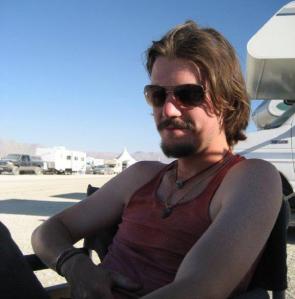 “Violence against women does not have to be inevitable, but it is almost always foreseeable: what matters is what we do about it.”

John likes to get in your head and fuck with you. The witchy dames he hangs with have made good-looking John aware of the truth he might be a misogynist, and thus they are looking to whittle him down to size. While John Monroe, Belle Burch, and Ally Valkyrie were conducting their sexual witch-hunt and castration against me, a real sicko went after beautiful women, and butchered them.

“In one, he calmly outlined how he would “slaughter every single spoiled, stuck-up, blond slut I see”.

Here is John Monroe doing his voo-doo psychology ferret out thing. Hating me is a big thing in the Whiteaker and Eugene, now, thanks to Belle Burch, a blond, who got caught using her sexy feminine wiles on me to rip my novel. I blogged on her sexy deception and was severely punished by her gang that lumped me in with the three rapist basketball players at the UofO. The Psychic Bunch was so close to getting the right whacko. They were only a thousand miles off. Too bad no one plastered Elliot Rodger’s image all over campus.

I released the Wrath of Rosemary, and Ambrose came down with a strange sickness the next day. Tonight I will release the Rosy Wrath while the Children of the Corn fight City Hall for the right to do damn well what they please, short of stabbing women for revenge, or, just raping them! But, don’t you go looking in homeless camps for lawbreakers or potential rapists!
No need for any young blond female to fear walking around downtown at 3 AM.

“The truth is that there is no such thing as a lone misogynist – they are created by our culture, and by communities that tells them that their hatred is both commonplace and justified.

So when we say that these things are unstoppable, what we are really saying is that we’re unwilling to do the work to stop them. Violence against women does not have to be inevitable, but it is almost always foreseeable: what matters is what we do about it.”

We should know this by now, but it bears repeating: misogyny kills.
On Friday night, a man – identified by police as Elliot Rodgers – allegedly seeking “retribution” against women whom he said sexually rejected him went on a killing spree in Isla Vista, California, killing six people and sending seven more to the hospital with serious gunshot injuries. Three of the bodies were reportedly removed from Rodger’s apartment.

Before the mass murder he allegedly committed, 22-year-old Rodger – also said to have been killed Friday night – made several YouTube videos complaining that he was a virgin and that beautiful women wouldn’t pay attention to him. In one, he calmly outlined how he would “slaughter every single spoiled, stuck-up, blond slut I see”.

According to his family, Rodger was seeking psychiatric treatment. But to dismiss this as a case of a lone “madman” would be a mistake.
It not only stigmatizes the mentally ill – who are much more likely to be victims of violence than perpetrators of it – but glosses over the role that misogyny and gun culture play (and just how foreseeable violence like this is) in a sexist society. After all, while it is unclear what role Rodger’s reportedly poor mental health played in the alleged crime, the role of misogyny is obvious.