When I beheld Andrew Wyeth’s ‘Christine’s World’ my life and my art changed. I was sixteen when I abandoned my surrealist art style, which was a mistake. I had complete ownership of these other worlds that created a special lens that took me back to the headquarters of the Dadaists. I hung with Salvador Dali since I was thirteen. Now I was stuck in Wyeth’s World, I crawling along with Christine on the October ground with my portable easel trying to render her face, the look in her eyes. I wanted to be in her movie. Was this ‘Movie Art’? Was this Steinbeck Country? Nope, this is Andy’s backyard in Maine.

Christine could have been a California Girl. My best ethereal memories were made as I walked in the golden grass in the many empty lots that made a checkerboard pattern in my neighborhood in the foothills of Oakland. Before we moved to Oakland, we lived in Concord and Vallejo, where on a grassy knoll I watched the yellow caterpillar machines make a California highway. Rosemary told me I would sit for hours watching the progress, I learning the names of each heavy-duty digging and grading tool. They were my earliest pallet knives that sent me to the South of France, just in time to see Van Gough blow his brains out in the high sheaves of golden wheat.

However, Vincent is a immortal, he now reborn in Christine, he only wounded as she crawls from out of death’s harvest to the house, wherein sit the Potato Eaters, they not waiting till she takes a seat before they recite the prayer of grapes and wrath. Where have all the black crows gone? Put them on the shoulders of the slack-jawed French family looking down on the food that brought a million Irish folks to their knees during the great potato famine.

If there had been poverty in America, it was banned as a Socialist idea that America’s greatest artists danced around because you will be titled a subversive a red menace and parasite on society. Worship Norman Rockwell because he made it perfectly clear whose side his art is on. What a pity, there is no pity, just the warm apple pie of inflated and exaggerated patriotism with fifty crow thrown in to sweeten the melting pot.

Vincent was dismissed from his ministry because he gave away all the church money, the clothes off his back, and rendered himself the most ragged of the ragged. A hundred years later millions of museum-goers would take pity on Van Gough who captured the last innocence the world would know, for he is the Prophet of Color, the capturer of lost atmosphere. He takes his last breath – ten thousand slashes with his knife. He exhales – a million strokes with his brush.

I never met Eutrophia Brown. I never knew she existed until I interviewed my aunt Lillian for this book.

“I have a photograph if my aunt Eutrophia. She was so beautiful.”
“Can you send it to me?”
“What’s your address?’

Lillian never sent me that photo because I caught her giving her story to the ghost writer Stacy Pierro hired to make sure the outsiders get the movie rights. My beautiful aunt betrayed me because she wanted to make sure her beautiful vanity gets immortalized. I was the long shot. Who did I think I was to write a book about a world-famous artist.

When Belle Burch got on Bluebelle about to ride away, I wanted to take a photo of her. She would not allow this, and I knew why.

“You act like you are never going to see me again. Don’t worry, you will.”

Eutrohia did not live to see her two sons grow up to become men, because Mr. Brown blew her away with a shotgun. The story is he was a World War One Vet who had a metal plate in his head after a German bullet blew part of his skull away. He was not the same. He had severe headaches. One day he went crazy, and gone was this beautiful woman who owned one of the rarest names I have one upon.

In the second attempt to reconcile with Vicki and Mark Presco so I could salvage our family history they gave to outsiders the privilege of owning, because they believe they deserved the cold hard cash, I found an old envelope with negatives in it. Vicki did not know who the person was. Vic owned them.

When I got back to Eugene I took them to Dot Dotson’s to get develop. When I opened the fresh envelope, I gasped, for not only did I find Eutrophia, I found the precursor to Wyeth famous painting, and John Steinbeck’s Grapes of Wrath. But more than that, I found the genesis of Christine Rosamond Benton’s success, for Eutrophia is modeling for someone. Who captured her beauty as The Madonna With Child of the Great Depression?

This, shoot, is the last ditch effort to save this family. Art will put food on the table. Art will quell the monster, make him less desperate, give him hope his dream is not dead.

The look on Mary Magdalene Rosamond’s sister face, is a look of hunger, and fear. For she knows she is not long for this world. She knows her husband is violent and insane. Look at her body language as she leans away from him.

“Please God help me and my children!”

When Mary Rosamond lost her beautiful sister, her utter hatred of men was poured like hot iron in a mold. The Rosy Wrath will never take a prisoner. Never!

When I beheld Belle Burch through the lens of my camera, I knew she was a champion of the poor. To my total dismay I soon discovered she was not an honest champion. This is when I asked her to be my disciple, because the fight for the Rosamond Legacy will go on long after I am dead, and, we need one tough ballsy bitch to defeat the ‘The Enemies of Art’.

Just before Belle peddled off, she let me see the inner her. 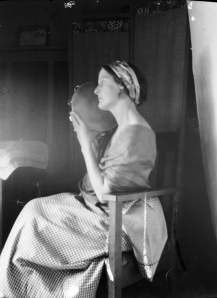 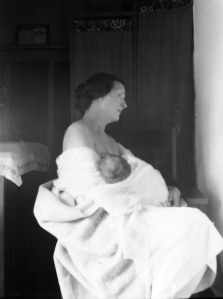