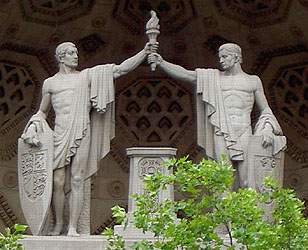 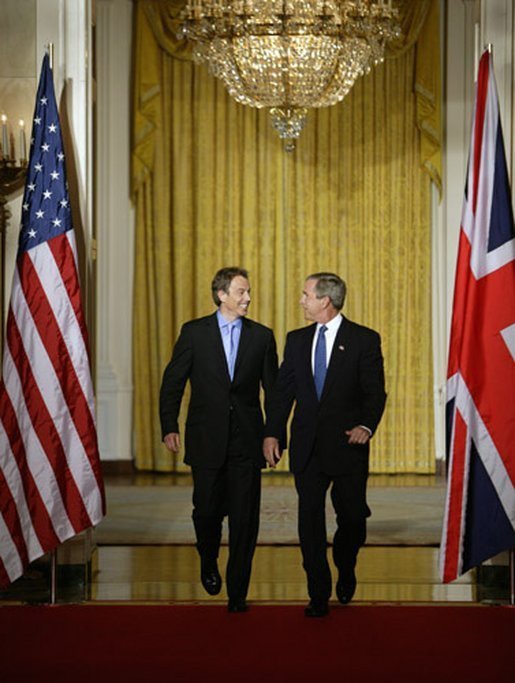 This morning I was going to post on the Pilgrims Society, but didn’t. I then saw the news that Britain may not fight alongside the United States in Syria.

I believe it was the Pilgrims Society that united Blair and Bush in order to Deregulate all the oil in Mideast, starting with the invasion of Iraq. This society will claim they are not racist, but, are just for the preservation of the Anglo-Saxon Race as the Ruling Race in the world. Not owning all that oil, but being greedy consumers of oil, would not do. Consider the Boxer Rebellion.

I have posted on the PS before. I suspect Rena has been following my blogs for two years. She is a pure blooded Arian of Swedish descent. Her Husband, Sir Ian Easton, had to have been very close to members of the Pilgrims Society. Ian had to know the present president of the PS – Admiral Michael Cecil Boyce, Baron Boyce, KG GCB OBE DL

Here is video that keeps with the facts.

The administration insisted Thursday that President Obama has both the authority and the determination to make his own decision on a military strike against Syria, even as a growing chorus of lawmakers demanded an opportunity to vote on the issue and Britain, the United States’ closest ally, appeared unlikely to participate.

Britain’s sudden withdrawal came after Prime Minister David Cameron, deserted by rebels in his own Conservative Party, lost a parliamentary vote for provisional authorization for military action in Syria.

A great example of the cooperation between the London and American Pilgrims is theLondon Bush House, which was ordered to be built in 1919 by Pilgrim Irving T. Bush, a N.Y. businessman. At the time it was the most expensive building in the world and was meant to be an Anglo-American trade center where buyers could purchase goods in one place. It lost it’s original function after a couple of decades, but still exists today as an office to the BBC World Service. Above the entrance there’s a large statue, which represents this Anglo-American cooperation.

Britain is represented on the left by the lions, the USA is represented on the right by the Eagle. The Celtic cross indicates their common heritage. The torch can represent freedom, wisdom, victory, or something along that line. Below the statue you’ll find the inscription “To the friendship of English Speaking Peoples”.

Admiral Michael Cecil Boyce, Baron Boyce, KG GCB OBE DL (born 2 April 1943) is a former Royal Navy officer and current cross bench member of the British House of Lords. Boyce commanded three submarines and then a frigate before achieving higher command in the Navy and serving as First Sea Lord and Chief of the Naval Staff from 1998 to 2001 and then as Chief of the Defence Staff from 2001 to 2003. As Chief of Defence Staff he is believed to have had concerns about US plans for a national missile defence system. Then in early 2003 he advised the British Government on the deployment of troops for the invasion of Iraq seeking assurances as to the legitimacy of the deployment before it was allowed to proceed.

He attended the Royal College of Defence Studies in 1988 and then became Senior Naval Officer in the Middle East in 1989.[1] He went on to be Director of Naval Staff Duties at the Ministry of Defence in August 1989 and then, following promotion to rear admiral he became Flag Officer Sea Training in July 1991.[1] He became Flag Officer, Surface Flotilla and NATO Commander of the Anti-Submarine Warfare Striking Force in November 1992.[1]
Promoted to vice admiral in February 1994,[4] Boyce was appointed a Knight Commander of the Order of the Bath in the 1995 New Year Honours.[9] He was promoted to full admiral on 25 May 1995, on appointment as Second Sea Lord and Commander-in-Chief Naval Home Command[4] and went on to be Commander-in-Chief Fleet as well as NATO Commander-in-Chief Eastern Atlantic and NATO Commander Allied Naval Forces North West Europe in September 1997.[1]
Boyce was appointed First Sea Lord and Chief of Naval Staff in October 1998 and was advanced to Knight Grand Cross of the Order of the Bath in the 1999 Birthday Honours.[10] He went on to be Chief of the Defence Staff in February 2001[1] and in that role is believed to have had concerns about US plans for a national missile defence system.[4] Then in early 2003 he advised the British Government on the deployment of troops for the invasion of Iraq seeking assurances as to the legitimacy of the deployment before it was allowed to proceed.[11] He was made a Knight of the Venerable Order of Saint John on 27 November 2002[12] and retired as Chief of Defence Staff on 7 November 2003.[13]

Our coat of arms

RCDS crest on outside of Seaford House
Our armorial bearings were granted in 1977, on the occasion of the college’s 50th anniversary. A painting of the design was presented to Admiral Sir Ian Easton, the Commandant, by Sir Anthony Wagner, Garter King of Arms, in the presence of Her Majesty Queen Elizabeth II during her visit to Seaford House on Friday 11th November 1977.

The Beast
The crest is a representation of the ‘Beast’ which has been our unofficial emblem since 1932 at least. The trident represents the Royal Navy, the lion the Army and the wings of the lion the Royal Air Force. The laurel wreath around the lion’s neck symbolises the civilian component of the college and was added in 1977 after consultation with the Foreign and Commonwealth Office. The lion is shown sitting on a wreath, or torse, in accordance with heraldic custom.

RCDS Crest
The basic feature of the shield is the Royal Crown which is a special privilege granted to the college. The book refers to the educational activities of the college and the green background is included to indicate the distinctive green onyx which decorates Seaford House and is a feature of the building.
The supporters were inspired by the Beast and are in accord with the historical use of lions or leopards in royal heraldry. They are rendered distinctive by the inclusion of the wolf from the arms of Lord Hankey and the lion from those of Sir Winston Churchill, both of whom were involved in the establishment of the college.
The motto can be translated as ‘concord (or co-operation) strengthens the limbs’ or, more usefully, ‘strength through unity’.
http://www.da.mod.uk/colleges/rcds/about-us/our-coat-of-arms