Lyman’s Children of the Space Corn 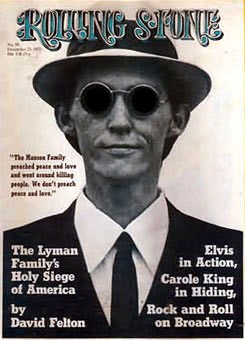 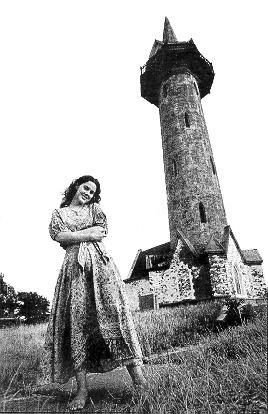 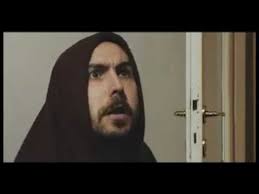 “Today, Family members insist they never worshiped Manson, never put his picture above a vase of flowers that were changed daily, as several outsiders report they saw. Their deeds back then were no more crazy than the times, they say.”

You will soon see why it is imperative that Rena and I return to the museum in Nebraska so we may undo what we did…..by mistake? They say there are no mistakes in the universe. There is only one human being born with this name

My grandmother could pass as Rena’s mother. Why did Rena marry such an older man, a man who worked for the British Aerospace Industry. How old was Rena when we met? She lied about her age – but by how much?

I suspect she was a famous British Spy in WW2 who was – called back! From where – Hades! Who was her boyfriend that would not let her go? Was he a Nazi in his past life?

I suspect Rena’s grandmother was her sister. One of them born a child or children that were cloned. There were eight of them ‘Eight Beauties’. Some came to Washington D.C. and co-mingled with the high and mighty.

Jessie Benton says she and her husband, along with their followers, came from another planet. I believe Charlie Manson was an agent for Opus Dei. His mission was to penetrate the family and learn the secret of their bloodline that the Presco family would never have been enjoined to, if, I had not painted that portrait of Rena.

Since I was thirteen, several of my artistic friend, suggested I was the reincarnation of Leonardo Da Vinci. Could he be my……walk-on?

Walk-ons love the Ourija Board!

Now we have to ask if James’ told Delano not to open the front door. If he did, why did Bob risk our lives? Who was sabotaging our road trip? Did Delano have a date with destiny? Robert – and his sister – look like they are from another planet. That painting Robert did for Santana, was other worldly.

“We are our own separate universe,” said Jessie Benton, 42, the daughter of artist Thomas Hart Benton and the Lyman Family’s most influential member. “We are a microcosm of the world. We have everything you have–even criminals.”
Eve Lyman, 33, the Family historian, said the Family has “all the elements you find in the rest of the world, we just put them together in a different way. We have all the same problems, too, but we deal with them differently.”

Back then they were so poor they gathered waste fruit and vegetables from the Boston produce mart, cutting off the rotted parts and throwing the rest into a common stew. Their home was open to anyone who dropped in and lots of hippies crashing on drugs did just that, staying until someone put a hammer or a saw in their hand.

The Lymans toyed with Ouija boards as oracles and the language of astrology became almost a second tongue. Even today the Lymans sometimes refer to each other by their first names with astrological signs substituting for surnames.

Surrounded by psychedelic flourishes, the words filled the center two pages of the Avatar, an underground newspaper that featured as many as five columns per issue by or about Mel Lyman. \o7 Avatar \f7 is a Hindu word meaning God come down to Earth in bodily form.

Eventually the courts set the accused, and the four words, free.

In 1971, Rolling Stone magazine put the Lyman Family on its cover two issues running, ominously comparing them to the homicidal Charles Manson Family.

Writer David Felton, a pioneer in the impressionistic school of New Journalism, warned that Lyman was forging a new style of drug-and-personality cult that Felton called “acid fascism.”

Today, Family members insist they never worshiped Manson, never put his picture above a vase of flowers that were changed daily, as several outsiders report they saw. Their deeds back then were no more crazy than the times, they say.

“We did a lot of outrageous things just to get people to open their eyes, to see what they were blind to,” said Eve Lyman, one of seven women who bore Lyman’s 12 children.

Then, in 1973, three commune members robbed a federal bank, saying they were protesting Richard Nixon’s involvement in Watergate. Boston police killed one bandit. (Another bandit, actor Mark Frechette, the star of “Zabriskie Point,” director Michelangelo Antonioni’s savage look at American decadence, later died in prison in what authorities said was an accident. The third bandit, Sheldon (Terry) Bernhard, 43, served his term and has rejoined the family.)

Spaceship interview given via Ouija board

Darkness had fallen on North Hollywood. You could no longer even see the smog.
About the people I would be meeting I knew only hearsay: Two years ago a Boston writer told me they had smashed the window of his car. Seven years ago Rolling Stone magazine had gone to great lengths to say they were violent, almost fascistic. But now they had dropped out of sight – evaporated.
Suddenly the house was awash in the glare of headlights. There were voices outside. Would they arrive in a battered Volkswagen – a symptom of whatever defeat had sent them into hiding? I stepped out the door to be greeted by a gleaming, grey limousine.
Two young men were waiting for me in the car. We spoke good-naturedly, as if clandestine rendezvous were the most normal thing in the world. White curtains covered all the limousine windows.
“To keep out prying eyes,” he said, smiling.
Finally I had met the Mel Lyman Commune.
“This is our traveling sound system,” said Jim Kweskin, one of my guides and a professional musician, “. . . one of the main things we do is play music.”
He plugged a cassette into the tape deck and three successive songs throbbed and flowed through the speakers.
“Listen for the harp,” said Kweskin in his soft, sometimes almost whispered, voice. “That’s Mel.”
The harp (harmonica) welled up like a baby crying. It was almost like a human voice.
The car stopped and the door swung open. We were surrounded by quiet – the shadows of huge old trees and a spot-lighted, manicured lawn. A house-high cage containing white doves was bathed in an orange spotlight. A wall of shrubbery blocked out any indication of our whereabouts.
A mansion loomed before us.
In the living room there were red velvet chairs and long-stemmed roses in a vase. A violin hung on the wall. Logs were crackling and popping in the fireplace.
Wearing a white dress that emphasized her tan, Jessie Benton entered and firmly shook my hand. As we all sat down, I asked the group for a history of the Lyman community. When had it begun?
“It started long before this earth was made,” said a blonde woman. “We are a race,” she said.
“A race – like a race of people . . . We’ve always been together. We’re gathered here on earth. And we were somehow – in one way or another – drawn to the same place at the same time. That was in Boston – years and years ago.”
Exactly how many years ago?
“Nineteen sixty-six,” said Jessie Benton solidly from her chair by the wall. She is the daughter of artist Thomas Hart Benton.
Someone remarked that the spreading of Mel Lyman’s communities to different cities was “protective.” When I inquired why there was any need to protect, a mild flurry of cryptic discussion took place among my hosts, then it dissolved quickly into what looked like agreement as they began to nod their heads. A young man said, “Y’know, maybe Melvin can talk to him.”
This was the supreme honor. In came a young woman with long brown hair, held back from her face by a gold headband. Her blue dress was a gossamer and a star was at her throat.
She knelt on the carpet before a rainbow colored ouija board which rested on a white pedestal. The ouija board was to be my hotline to Mel Lyman, and the gossamer-gowned lady in blue was to be my interpreter.
Jessie Benton leaned over beside me, “These answers you should probably write down.”
The gossamer-gowned medium opened her eyes.
“Melvin is here.”
I lost little time in utilizing the opportunity, and asked why, after writing six or seven years ago that he would change the world and found hundreds of communities, Mel Lyman had now chosen to go into hiding. Did he now prefer anonymity?
Said the medium: “I have found – that I can actually – have a greater – effect – on this planet from – an anominous (that is the way she said it) position.”
Remembering accusations that Lyman had used racist rhetoric in some of his writings, I asked if his privileged “race” cut across worldly ethnic lines.
The fireplace gave out with a huge, indignant pop, and the lady in blue said, “Of course.”
As long as delicate issues had been broached, I asked next about the violence. The Rolling Stone article had cited numerous instances of assault and battery by Lyman’s followers on people who disagreed with them. Mel Lyman himself had once written, “I am going to burn down the world.”
Said the steady-eyed lady in blue: “I have never advocated violence. It has never been used as – a mechanism.”
It turned out that the very reason why Mel Lyman was not addressing me in person was that his physical presence had been detained somewhere else . . . in a space ship.
I rode back from the Lyman sanctuary in that noiseless limousine, listening to a tape of Jim Kweskin’s personal friend, Maria Muldaur, singing about Jesus.

1 Response to Lyman’s Children of the Space Corn