Hard on my Muse 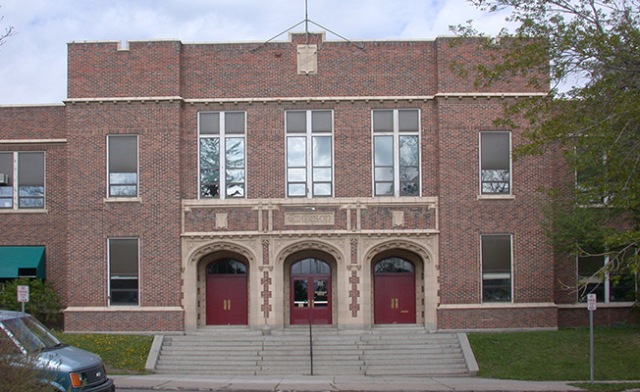 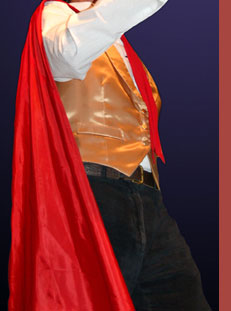 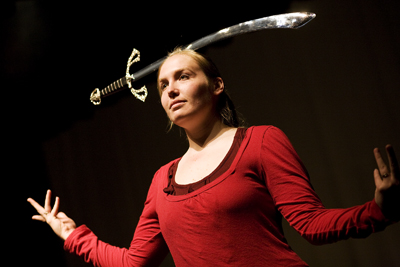 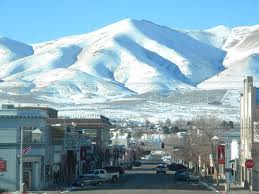 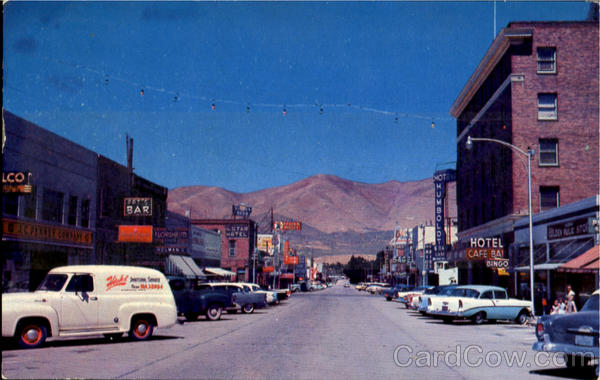 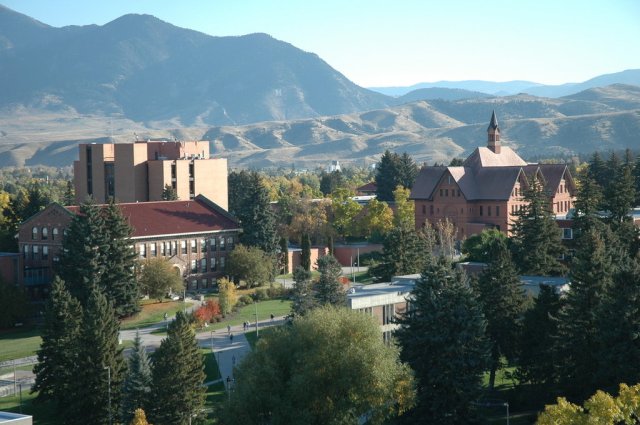 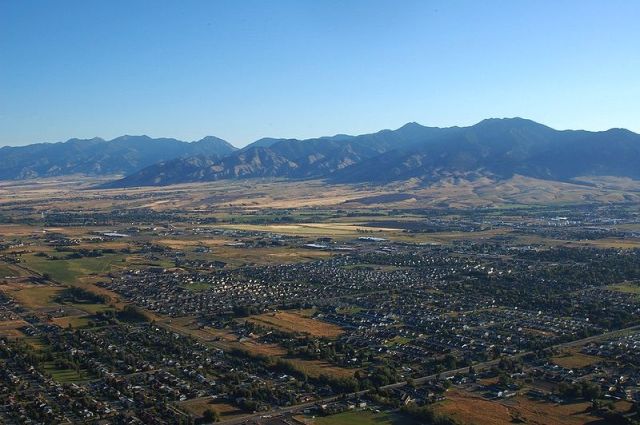 “That’s what happened when Jackie Englehart and Rena Easton saw the lack of opportunity for trained and talented older dancers in the Bozeman area.”

Rena Easton dances in Bozeman Montana that looks a lot like Winnemucca. It looks like I am being hard on my muse, but, she is being hard on me. She wants to be a muse to others, and I am cramping her style. After her close contact in the Dodge with James, he becomes the most prolific artist of all time – thanks to Rena. But, it’s one of those cursed Genie Wish things similar to the Red Shoes, where James can not stop making a mountain of bad art – till he drops! That’ll teach him for trying to capture my Muse, like his friend, Brian, who kidnapped her.

Brian’s curse was, he awoke that morning with a vagina! This is why he kicked us out of his studio and disappeared for several days. He was turning tricks on 14th. and Broadway in order to pay his rent. Too bad it was a temporary curse. Brian went back to being a lousy janitor.

Robert goes on to invent Rap MUSic in Roxbury, but, doesn’t get any credit for doing this. Who would believe it. This too is a curse.

I love the movie ‘The Muse’ with Sharon Stone. I love Spoiled Brats! They inspire me.

Rena tried to be the Muse of Bozeman. The Phantom of the Opera came to town.

What does a dancer do when there’s no place to dance?

Some teach, some study, some retire and others decide to put on a show.

That’s what happened when Jackie Englehart and Rena Easton saw the lack of opportunity for trained and talented older dancers in the Bozeman area.

IndepenDANCE alighted on the stage of the Emerson Center for the Arts and Culture’s theater in 2009.

Now in its third year, the production is a bit different from other local dance performances in that all the dancers are over the age of 18 and anyone who wants to participate, regardless of experience, finds a place and a stage.

What is on display in abundance is talent and professionalism.

IndepenDANCE is an all-volunteer, nonprofit group of individuals working together to showcase their talent, according to a mission statement from the group.

The idea hatched a few years ago when Englehart missed the auditions for the annual Montana State University dance production. She had already started choreography for a piece and was disappointed to think that there were so few opportunities for choreographers and dancers, especially older dancers, to perform.

She and a few others, including Easton, another local dancer and choreographer, started talking about doing their own dance production.

“We realized there were quite a few dancers in Bozeman that didn’t have an outlet to perform or choreograph,” said Englehart.

For Englehart, after 40 years dancing, performance is still an integral part of the passion. She teaches dance part time at Main Street Dance and works retail the rest of the time. She’s taught, studied and performed whenever she had the opportunity.

Dance is an expression, said Englehart. “For me, it comes from the inside out. It’s not something you can find anywhere else. It combines the physical, mental and emotional spirit of expression.”

But practicing in a studio is not enough to fully enjoy dancing, said Cathy Werner of Mountain Air Dance.

“I think it’s important as adult dancer to continue the performance part of the art,” she said. “Taking class is great, but in the art of dance it is an amazing feeling to be up there on stage performing for your audience … finding that internal expression and sharing it with the audience.”

After a few years of batting the germ of the idea about, Easton put up the money, took a chance and rented theater space at the Emerson. “So we had to come up with a show. It started snowballing from there,” Englehart said.

They held auditions to find out what other dancers were looking for performance opportunities.

“As a movement artist, you need other people,” Englehart said. “So if you don’t own a studio or take classes, it’s difficult to figure out how to gather people to do a movement piece.”

The auditions were designed not to eliminate dancers but as an introduction between dancers and choreographers.

“IndenDANCE has been all-inclusive,” said Werner, who has performed and choreographed for the event since its beginning.

“At the auditions, the choreographer taught a short phrase in the style they were choosing to choreograph,” Werner said.

Englehart found two dancers during the auditions for her performance piece this year. Paige Franklin and Alli Price, along with Kay Van Norman and Englehart, dance a contemporary piece to “Underwater” by Vertical Horizon.

Werner has been both a dancer and a choreographer. This year she’s collaborating with other choreographers to include her style of aerial dance in the pieces.

One of the performances will include eight of her students on trapezes in a jazzy production of “Sway” by the Pussy Cat Dolls. She’s co-choreographing with Skye Anderson.

There’s a variety of styles included in the approximately two-hour production, a trend that grows each year.

“We’re more aware of the variety we have,” said Englehart, “from the mambo to contemporary, some ballet, aerial fabric, Charleston, hip-hop. It’s just bringing in more and more diversity.”

“It’s a fun mix of people and style. It’s a good opportunity for a dancer who doesn’t really have any dance performances around Bozeman,” said Werner.

“Each year has been different,” said Englehart. “I think the production has become more efficient. Gathering all the people – probably 50 to 100 people in this one place and time – requires some doing posters and organizing and gathering stage crew and lighting.

“The first one was a big experiment, but came off and got very good reviews from the audience. The second raised the bar. Each group worked a little harder, made it a little more professional.

“This year we feel the pieces are little more serious in content and a little darker. We have a few new people that heard about us … that have come in. There’s more excitement about being involved.”

LuAnn Rod is at getout@dailychronicle.com.

Livingston School Districts No. 1 and 4 present Andrew Lloyd Webber’s “The Phantom of the Opera,” playing for three weeks at the Dulcie Theatre, performed entirely by local teenagers. Leads Evan Barrett and Audrey Laviolette bring Andrew Lloyd Webber’s music to life.
Set in a Paris Opera House in 1881, “Phantom” tells the story of a disfigured genius who will stop at nothing to see his protégé, Christine Daaé, become the first lady of the stage. Though Christine is enthralled by him, she is undeniably drawn to the dashing Raoul de Chagny, which enrages the Phantom and sets the stage for a dramatic crescendo in which fierce jealousy and obsessive love threaten to ruin everything.

“The Phantom of the Opera” runs at the Dulcie Theatre through May 20, playing Fridays and Saturdays at 8 p.m. and Sundays at 3 p.m. Tickets are $12 for adults, $9 for college students and seniors, and $6 for youth, and are available at theshanecenter.org or by calling 222-1420.