Tomb of the Rose Master 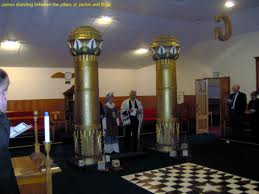 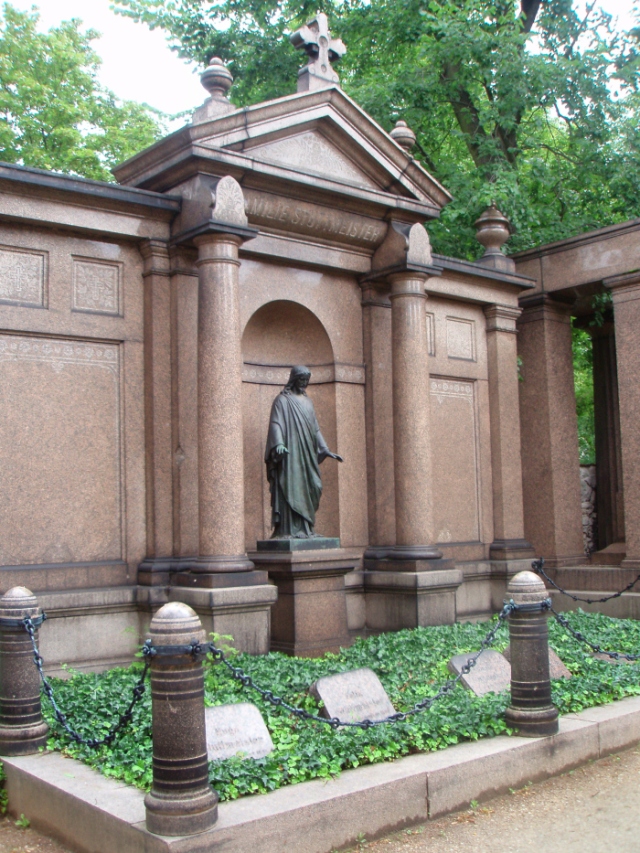 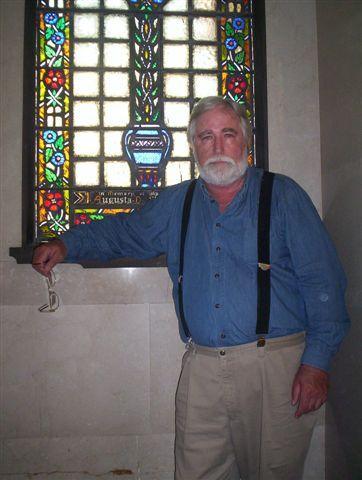 Above is the Stuttmeister tomb in Berlin. My cousin told me this was not the real name of our kindred. We may never know this name. I believe they were Rosicrucians and Freemasons because of the two pillars set on either side of an arch denoting the entrance to Solomon’s Temple. This arch is duplicated in the Stuttmeister tomb in Colma wherein a Tiffany stain glass depicts a rose in a vase. I took my new-found daughter and my new-born grandson into our family tomb and told them they will forever be at home here.

Stuttmeister means ‘horse master’. Consider ‘rose master. They were Teutonic Knights. Fredrich Wilhelm was a Rosicrucian. The Stuttmeisters are named after this Rosy King.

There is a good chance Ian Easton’s family were Huguenots. If so, then we could have blood-ties. I mean no disrespect to Ian, his wife, and his children. We are assigned our roles when we go on a Quest. Ian was a warrior and hero who fought against true evil, that took over the enlightenment that had found a home in Berlin. We were ancient Prussians who fled to Chile and America after the revolution of 1848. We had a estate at No.1 Berlin Way. My grandmother’s middle name came from Queen Charlotte.

All this information was lost. I recovered it after many years of hard work while my kindred opposed me along the way. All they wanted were those Rosamond Mask so they can live high on the hog, and have a ball!

I recalled…….a kiss! My Muse put rose petals along my way. Even from afar, she gave me a kiss.

Above is a painting of Sleeping Beauty by Maxfield Parish and artist that had a powerful influence on Christine and I. The princess was named ‘Rosamond’. She was awaken by a kiss from the “Count of the Mount” after he hacked his way through a rose hedge full of thorns. ‘Rose Mountain’.

Everything has happened for a reason. No one is to blame. I died for so many sins so ‘The Story’ of the lost kingdom can go forward.

A hundred years pass and a prince from another family spies the hidden castle during a hunting expedition. His attendants tell him differing stories regarding the happenings in the castle until an old man recounts his father’s words: within the castle lies a beautiful princess who is doomed to sleep for a hundred years, whereupon a king’s son is to come and awaken her. The prince then braves the tall trees, brambles and thorns which part at his approach, and enters the castle. He passes the sleeping castle folk and comes across the chamber where the princess lies asleep on the bed. Trembling at the radiant beauty before him, he falls on his knees before her. The enchantment comes to an end and the princess awakens and converses with the prince for a long time. Meanwhile, the rest of the castle awakes and go about their business. The prince and princess head over to the hall of mirrors to dine and are later married by the chaplain in the castle chapel.

After having been secretly wed by the reawakened Royal almoner, the Prince continued to visit the Princess, who bore him two children, L’Aurore (Dawn) and Le Jour (Day), which he kept secret from his step-mother, who was of an ogre lineage. Once he had ascended the throne, he brought his wife and the talabutte (“Count of the Mount”).

In 1781 Frederick William, then prince of Prussia, inclined to mysticism, had joined the Rosicrucians

What she meant, is, I beheld my conception by my parents, before I went to heaven and saw God.

My parents were playing cards in the sand, naked. I walked up to them as a child of three, looked down at the cards that were all face cards, and they were talking to me in foreign languages. They were my kindred, who were very distressed because they had been silenced in their lifetime. They were Evangelicals (father)and Huguenots (mother) They are buried next to one another in Berlin. Here lies the roses amongst the thorns. I part the veil,
and I behold the Lost Kingdom – and I give a command

“Arise from thy sleep, the true church of God!”

In this video we see the Stuttmeister tomb about 15 seconds into it. This name means ‘Master of the Horse’. Consider the pale horse and rider. Here the Templars and Teutonic Knights have come to rest.

Cut and paste this url:

In Matthew 27:53 we read about Jesus raising Jews from the dead, then saying; “It is done!” He did not say, it is done, and then come the earthquake. These Jewish Saints did not rise on Sunday, but went into Jerusalem Friday night just before sundown. They imparted a restored and new covenant – a Gift for the Chosen Children of God. I believe these Saints were a lineage of Nazarites from Samson and Samuel.

Gideon was a Judge who God told he had too man fighting men. I am looking for a good few men -and women!

Matthew 27:50-54 (NIV)
(50) And when Jesus had cried out again in a loud voice, he gave up his spirit.
(51) At that moment the curtain of the temple was torn in two from top to bottom. The earth shook and the rocks split.
(52) The tombs broke open and the bodies of many holy people who had died were raised to life.
(53) They came out of the tombs, and after Jesus’ resurrection they went into the holy city and appeared to many people.
(54) When the centurion and those with him who were guarding Jesus saw the earthquake and all that had happened, they were terrified, and exclaimed, “Surely he was the Son of God!”

The Dorotheenstadt cemetery, officially the “Cemetery of the Dorotheenstadt und Friedrichswerder Parishes”, is a landmarked Protestant burial ground located in the Berlin district of Mitte which dates to the late 18th century. The entrance to the 17,000 m2 plot is at 126 Chaussee Straße (next door to the Brecht House, where Bertolt Brecht and Helene Weigel spent their last years, at 125 Chaussee Straße). It is also directly adjacent to the French cemetery (also known as the cemetery of the Huguenots), established in 1780, and is sometimes confused with it.

In 1685, the year of the Revocation of the Edict of Nantes by French King Louis XIV, Elector Friedrich Wilhelm of Brandenburg issued the Edict of Potsdam, which was essentially an invitation to Huguenots in France who were suffering in the throes of persecution to come and live in Germany in peace and safety. The invitation was a success. Thousands came. At one point, more French Huguenots lived in Berlin than Germans. To provide a place of worship for the Huguenots in Berlin, the FranzÃ¶sischer Dom or French Huguenot Church, which I was privileged to visit in 1991, was built in the Gendarmenmarkt between 1701 and 1705, by Louis Cayart, and modelled on the main church of the Huguenots in Charenton near Paris which had been destroyed in 1688. It has a sister German Dom across the square. Thus, this year marks the 300th anniversary of this remarkable place of worship and refuge, and noble example of Franco-German architecture. The church today contains a Huguenot musuem.

History of the Huguenots
In France, the Protestant Reformation began during the 16th century. French citizens, disgruntled with the political domination of the Catholic church and desiring a more democratic religious affiliation, were greatly influenced by the writings of the German monk Martin Luther and later by the ideas of John Calvin, a French theologian.
In defiance of Catholicism and the monarchy, the French dissenters began holding meetings in secret. The exact origin of the name “Huguenot” is unknown. It appears to be a combination of the Flemish and German word. Protestants who met to study the Bible in secret were called Huis Genooten, or “house fellows.” They were also referred to as Eid Genossen, or “oath fellows” meaning persons bound by an oath.
Persecution of the Huguenots by the Catholic church was extreme and unrelenting. In 1535, an edict was published which ordered the extermination of the Protestant heretics. During the following 63 years, Huguenots were systematically tortured and executed. A group of 1500 refugees, one of whom was John Calvin, fled the persecution and established the French Protestant Church in Strasbourg.
On April 30,1598, King Henry IV of France, issued the Edict of Nantes, granting the Huguenots religious and political freedom. The edict was later revoked under the rule of King Louis XIV. Deprived of civil and religious liberty, the Huguenots began leaving France by the thousands. They settled in Germany, Switzerland, Belgium, Holland, Britain and the religiously tolerant new American Colonies

1 Response to Tomb of the Rose Master