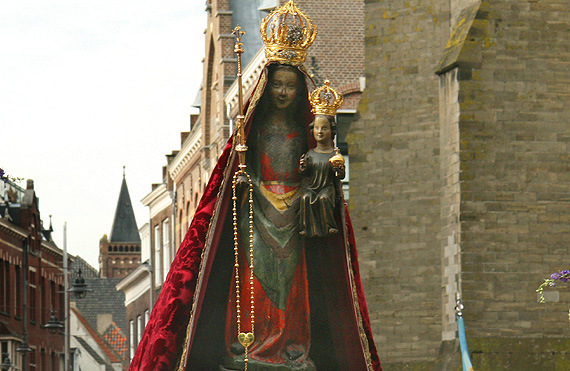 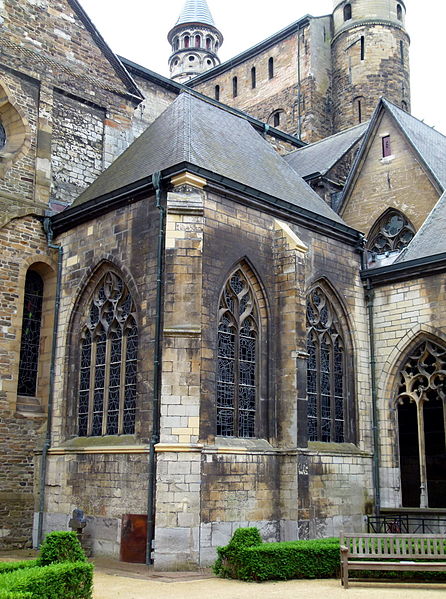 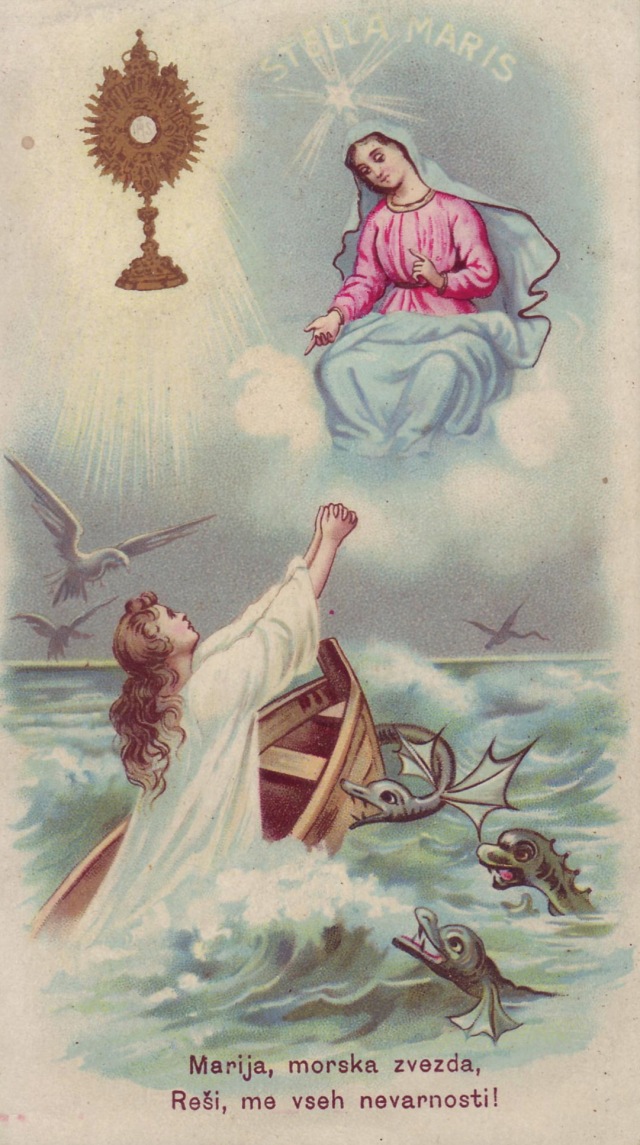 Our bonds with angels began early one Saturday morning when Christine
and my younger sister, Vicki, came rushing into the Boys Room at the
first sign I was awake. I was ten years old at the time, Christine
nine, and Vicki, five. Getting them to calm down, their faces lit-up
with excitement, they told me one of the strangest things I have ever
heard in my life. They told me in the middle of the night they had
woken to behold a powerful blue light filling their room, and in the
middle of the light, was a beautiful woman standing at the foot of
Christine’s bed looking down on her. She was in a long flowing gown,
and if she had wings, my sisters did not say; but they reasured me,
begged me to believe; “She was an Angel!”

Some of us are never called upon to believe in anything so
extraordinary, and as the morning progressed I had trouble with, her,
I not being a witness – and if I had been? In studying my sisters, I
saw they did not quite know where to put it, her, and I felt sorry
for them.

I then got a call from Kay Coakly who lived just up the street, and
who had befriended all the Presco children. She was stricken with
Parkinson’s disease when she was young, brought on by a car accident
at her coming-out party, she the daughter of a famous Judge in
Oakland Claifornia. The Coakley family owned large tracks of property
down by Lake Merrit where Jack London used to sail. Kay was a real
life Crone, and she wanted me to come fix her radio, the atenae that
she attached to her bedsprings prone to come loose. After seeing it
was still attached, I saw her looking tentively out the window. I
asked her what was wrong. She told me she was awoken in the middle of
the night by a powerful blue light – so powerful it burned holes in
her lace curtain; “Come take a look. I think it was those bad-boys
across the canyon shining a spotlight in my window.”

With the hair on the back of my neck, up and alert, I went over to
the window and beheld a ring of tiny burn holes about the size of
one’s head, and no bigger then the tip of your baby-finger. I looked
out the window, stood on my tip-toes, and told Kay; “You can’t even
see the canyon from this window. It couldn’t have been the boys.”

Kay did not say anything, repute my innocent deduction, she already
figuring this out, and, somethings in life do not have an
explination, and defy all attempts to clarify and classify the truly
extraordinary. Such is the nature of this story, and my Family, no
one quite able to believe. But, they did, and they still do. This
story is for them.

The apparitions of Banneux
In a little chapel next to Saint Matthew’s church in Maastricht stands a beautiful statue of the Virgin Mary. It is known by its French name: la Vierge des Pauvres (The Virgin of the Poor).
The Virgin of the Poor is said to have appeared in 1933 to an eleven year old girl, Mariette Béco, in the Belgian Ardennes hamlet of Banneux, near Liège. In spite of her sober and down-to-earth character, the girl ventured several times in the frosty cold to see the holy apparition. Mariette recounted that the Virgin Mary led her to a water spring with curing powers ‘for the sick’. This had a powerful religious significance, because in the Christian faith, the symbol of the spring is often associated with Jesus Christ, as the “origin and end of all that is created.”
In the same little chapel a flyer calls participants for the yearly walk on Christmas Eve in Banneux. In my experience, the hike is worth while indeed. It takes us up a hill toward the setting sun, reminding us of the three Wise Men following the star on their way to Bethlehem. Pilgrims flock together from far and near to attend High Mass on the spot where Mariette said the Virgin Mary had appeared.

Followers of the Catholic faith believe that the Virgin Mary leads them to Jesus Christ. This belief is also represented by the symbol of the Star leading sailors to a safe harbour.
A hymn sung in honour of the Star of the Sea at the Maastricht Basilica of Our Lady says:
“Bedreigen ons noodweer en storm op ons baan, is ‘t scheepj’ onzer ziel in gevaar te vergaan, bedaar o Maria de storm op uw bee, stort hoop ons in ‘t harte, o Sterre der Zee.”
“When storm’s raging over the ship of my soul – my life is in danger of missing its goal – calm down, virgin Mary, the storm by your plea – and lead us to heaven, o Star of the Sea.”
A nobleman by the name of Nicolaus van Harlaer donated the statue to the Maastricht Franciscan friars when he entered their monastery around 1470. Ever since, many prayers are said to have been answered, and the people of Maastricht have carried the statue throughout the city in many a procession.
After the Dutch commander Prince Frederick Henry of Orange, a Protestant, conquered Maastricht in 1632, catholic processions were not allowed anymore. The friars were banned from the city, but returned in 1700.
By that time however, no one remembered the route of the procession. People say the statue of the Virgin itself showed the way to a pious woman, and that the snow left traces on the statue’s mantle. Every Saturday after evening mass, people still walk that same route through the streets of Maastricht.

Ghisburtus van Roesmont was a Dutch nobleman of some importance. His mother was jonkvrouw Adriana Theodorici ROVER. the daughter of Dirk Edmondszn ROOVER. The Roover family appears to descend from one of the Radbot rulers of Holland who was given the name Roover, or Rover due to conquest of the Netherlands. The Roover family would build Montfoort castle one of the most prestigious castles in Holland. These two families were keen on forming a marriage alliance as Arnold Rover married Heilwigis Arnoldi Danielis ROESMONT. For this reason I suspect the Roesmont Wolf names came from Roelof the Roover R + Odilia van Montfoort. Perhaps the Roovers owned Wolfhouse where the Roesmonts came to live in 1450.

Ghisburtus was the master of Saint Janskerk, and a member of Lieve-Vrouwe-broederschap that met in Janskerk church. Hieronymus Bosch was a member of the Zwanenbroeders (swan brothers) and was commissioned by the master of Janskerk to do a stained-glass window for the church. The Zwanenbroeders commissioned Bosch to do other work the most important being ‘The Marriage Feast at Cana’. This painting has symbols that relate to the Zwanenbroeders and thus this painting may constitute the only true riddle involving a brotherhood of men and a supper where Jesus is centerpiece. The worship of Our Lady is eluded to in the swan being served up on a platter. The swan is a symbol of Venus, but, with the presence of the crescent moon and the boar’s head, then this Lady is Artemis/Diana who unleashed the Calydonian Boar that was killed by the Arganots. This is interesting as Radbod made a treaty with Grimoald the Merovingian Frank and gave his daughter, Theodelindis in marriage. The Frankish nobles rose up against the usurpation in the palace of the Franks and bid Radbod to intervene with an armed force, which he did.

Above is the oldest Dutch painting in existence. It show four generations of Roover leaders in knights armour being led by Saint George, the pataon saint of knights before Maria. I am entertaining a theory that these Rovers see themselves as Arganots, and may be the source of the name Huguenots, or Haguenots of Hague where King Floris built his castle.