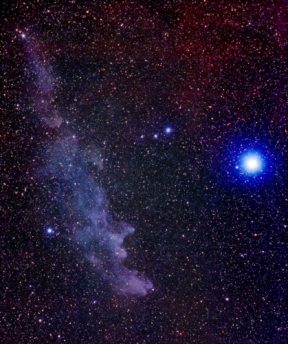 Comet Nearing The Earth In 2013 May Be Brighter Than The Moon, Researchers Say
Posted on December 30, 2012 by Nathan
5 +117 Share1 Share12 Tweet76 ShareA recently discovered comet that is rapidly approaching the Sun could outshine the Moon in 2013, researchers think. The comet may even be visible in daylight, as the Great Comet of 1680 was. It’s expected to be visible towards the end of the year, roughly from October until the following January.

“The recently discovered object, known as comet ISON, is due to fly within 1.2 million miles (1.9 million km) from the center of the sun on Nov. 28, 2013 said astronomer Donald Yeomans, head of NASA’s Near Earth Object Program at the Jet Propulsion Laboratory in Pasadena, Calif.”

“As the comet approaches, heat from the sun will vaporize ices in its body, creating what could be a spectacular tail that is visible in Earth’s night sky without telescopes or even binoculars from about October 2013 through January 2014.” With such a bright object in the night sky during the latter part of the year, it may somewhat drown out what will otherwise be a spectacular year of meteor showers in 2013.

The comet will need to survive its approach to the Sun though, for that to happen. And it’s possible that the comet could disintegrate as it gets close to the sun