The Rose of the World and the Jessie Scouts 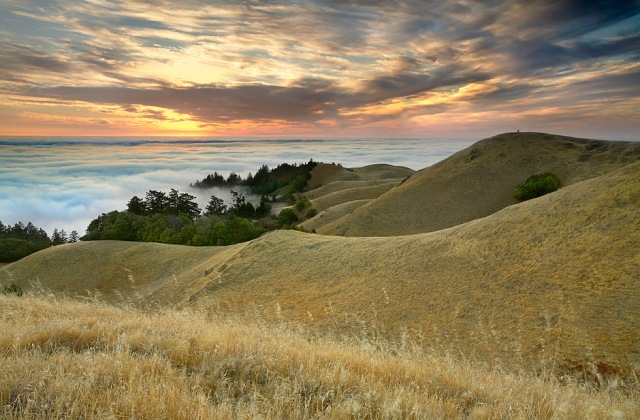 One of my grandfathers was named after Francis Marion ‘The Swamp Fox’ who fought the British in the thick growth of the swamp.

John Fremont named a guerilla unit ‘The Jessie Scout’ after his wife, Jessie Benton, my kindred. The Scouts sent spies against the Confederacy, and fought the same way Marion did. Pan’s Labyrinth raises the Spanish Maquis from the dead to battle the Facists who accpepted help from Hitler who bombed them with dive bombers. Maquis means “a small mountain, covered with weeds”. This is the Rose of the World Mountian protected by thorns.

God has written this story because he wants all the world’s religions to unite under the Rose of the World. This is the story my late sister, Christine Rosamond Benton, would surely put her signature to – if she were alive!

Meher Baba said he would string all the religions of the world together – like pearls. That became my mission after I died. The Roza Mira prophecy is but a stage for the really big show. We will meet on Thornmont and behold the beautiful sleeping maiden – the crown princesses of the world.

Pan’s Labyrinth takes place in Spain in May–June 1944, five years after the Spanish Civil War, during the early Francoist period. The narrative of the film interweaves this real world with a fantasy world centered around an overgrown abandoned labyrinth and a mysterious faun creature, with which the main character, Ofelia, interacts. Ofelia’s stepfather, the Falangist Captain Vidal, hunts the Spanish Maquis who fight against the Francoist regime in the region, while Ofelia’s pregnant mother grows increasingly ill. Ofelia meets several strange and magical creatures who become central to her story, leading her through the trials of the old labyrinth garden. The film employs make-up, animatronics and CGI effects to bring life to its creatures.

The term “maqui” comes from the French term “maquis” (“a small mountain, covered with weeds”), which comes in turn from the Corsican term “macchia”, meaning “dense, deep forest” or “thick vegetation”. It was the expression used for privateers when, fleeing from the authorities, they would seek refuge in the mountains of Corsica.

Francis Marion (c. 1732 – February 27, 1795[1]) was a military officer who served in the American Revolutionary War. Acting with Continental Army and South Carolina militia commissions, he was a persistent adversary of the British in their occupation of South Carolina in 1780 and 1781, even after the Continental Army was driven out of the state in the Battle of Camden.
Due to his irregular methods of warfare, he is considered one of the fathers of modern guerrilla warfare, and is credited in the lineage of the United States Army Rangers. He is known as the Swamp Fox.

The Spanish Maquis were Spanish guerrillas exiled in France after the Spanish Civil War who continued to fight against the Franco regime until the early 1960s, carrying out sabotage, robberies (to help fund guerrilla activity), occupations of the Spanish Embassy in France and assassinations of Francoists, as well as contributing to the fight against Nazi Germany and the Vichy regime in France during World War II.

The British especially hated Marion and made repeated efforts to neutralize his force, but Marion’s intelligence gathering was excellent and that of the British was poor, due to the overwhelming Patriot loyalty of the populace in the Williamsburg area.
Colonel Banastre Tarleton was sent to capture or kill Marion in November 1780; he despaired of finding the “old swamp fox”, who eluded him by travelling along swamp paths. It was Tarleton who gave Marion his nom de guerre when, after unsuccessfully pursuing Marion’s troops for over 26 miles through a swamp, he gave up and swore “[a]s for this damned old fox, the Devil himself could not catch him.”[6] Once Marion had shown his ability at guerrilla warfare, making himself a serious nuisance to the British, Gov. John Rutledge (in exile in North Carolina) commissioned him a brigadier general of state troops.
Marion was also tasked with combating groups of freed slaves working or fighting alongside the British. He received an order from the Governor of South Carolina, to execute any blacks suspected of carrying provisions or gathering intelligence for the enemy “agreeable to the laws of this State”.[7]

Benjamin meets with his former commanding officer Colonel Harry Burwell (Chris Cooper) and is given the rank of colonel to lead the local colonial militia due to his combat experience, tasked with keeping Lord Cornwallis’s (Tom Wilkinson) British regiments pinned south through guerrilla warfare. French Major Jean Villeneuve (Tchéky Karyo) helps train the militia and promises more French aid. Benjamin’s militia harass British supply lines, capture goods including some of Cornwallis’ belongings, and burn half the bridges and ferries leading to Charleston. Lord Cornwallis perceives these actions as uncivilized and blames Tavington for creating this reaction with his brutal tactics. Irritated at his lack of progress and insulted by Benjamin’s clever ploy to free some of the captured militia, Cornwallis reluctantly allows Tavington to use whatever means necessary.

*”As we every day got our parallels nearer the garrison, we could see them very plain when they went out to a brook or spring for water. The Americans had constructed a sort of moving battery, but as the cannon of the fort were brought to bear upon it, they were forced to abandon the use of it. It had not been used for some time, when an idea struck old Squire Kennedy (who was an excellent marksman) that he could pick off a man now and then as they went to the spring. He and I took our rifles and went into the woods to practice at 200 yards. We were arrested and taken before an officer, to whom we gave our excuse and design. He laughed, and told us to practice no more, but to try our luck from the battery if we wanted to, so we took our position, and as a fellow came down to the spring Kennedy fired and he fell. Several ran out and gathered around him and among them I noticed a man raise his head and look round as if he wondered where that shot could have come from. I touched my trigger and he fell, and we made off for fear it might be our time to fall next.”

Pan’s Labyrinth takes place in Spain in May–June 1944, five years after the Spanish Civil War, during the early Francoist period. The narrative of the film interweaves this real world with a fantasy world centered around an overgrown abandoned labyrinth and a mysterious faun creature, with which the main character, Ofelia, interacts. Ofelia’s stepfather, the Falangist Captain Vidal, hunts the Spanish Maquis who fight against the Francoist regime in the region, while Ofelia’s pregnant mother grows increasingly ill. Ofelia meets several strange and magical creatures who become central to her story, leading her through the trials of the old labyrinth garden. The film employs make-up, animatronics and CGI effects to bring life to its creatures.

The term “maqui” comes from the French term “maquis” (“a small mountain, covered with weeds”), which comes in turn from the Corsican term “macchia”, meaning “dense, deep forest” or “thick vegetation”. It was the expression used for privateers when, fleeing from the authorities, they would seek refuge in the mountains of Corsica.
In France, the term was first used to refer to a group of guerrillas of the French resistance against the German occupation of France during World War II. The resistance fighters in these encampments were referred to as “maquisards”.
The term became synonymous with the anti-Francisco Franco guerrillas in Spain. Many of the Spanish maquis also participated in the French resistance movement.

Hundreds of thousands of Republican soldiers and civilians crossed the French border ahead of the advancing Nationalist troops in Catalonia. Once on the other side, they were put in concentration camps by the authorities. There were 22 camps in total: Barcarès, Agde, Saint-Cyprien, Argelès-sur-Mer, Berck-Plage, Montpellier Chapallete, Fort Mahon Plage, Tour de Carol, Septfonds, Baste-les-Foages, Bram, Haros, Gurs, Vernet d’Ariège, Rivesaltes, Fort Colliure, and Rieucros in Metropolitan France and, in French North Africa, Camp Morand, Meridja, Djelfa, Hadjerat-OM’Guil, and Ain-el-Curak. In these camps, exiles began to reorganize themselves into guerrilla groups.
In the camp of Argelès-sur-Mer a series of meetings were held. Members of the PCE and the Juventudes Socialistas Unificadas (Unified Socialist Youth) participated. In October 1940, the decision was made to organize anti-fascist actions in France, together with the French resistance, against the Vichy government. This was the beginning of the Spanish involvement on a grand scale in the fight against the occupation of France.

“The Jessie Scout was a Federal soldier, dressed and armed a la Rebel.  He was named after Mrs. Jessie Fremont, wife of the General of that name, who first suggested that mode of obtaining information.
“When a Rebel was captured, his furlough or pass was taken from him, and also his outer garments.  A soldier was then found, who resembled him in size, age, and general appearance.  The Rebel’s uniform, from hat to boots, was put upon this man, who assumed the name of the prisoner, and the Federal left the camp, a soldier of the Confederacy…. These Jessie Scouts generally preceded the advance of the army, and they frequently picked up a great many prisoners, without creating any alarm.  I made the acquaintance of many of them, and found them bold, dashing, reckless, good fellows.  I met Major Young, Sheridan’s chief of scouts, and found him eminently fitted for outpost duty and border warfare.”

A great deal of mystery regarding the “Jessie Scouts” still remains, however.  A recently discovered letter written by Michael Sheridan, General Sheridan’s aide and the man responsible for handling the Secret Service Fund that was carefully audited following the Chicago fire, provided additional details about Henry Young’s final mission for Sheridan.  In a letter written on December 11, 1908, Michael Sheridan explained:
“Major H. H. Young, who commanded these scouts, went to Mexico in 1866 to aid Juarez in driving the Imperialist forces from that country.  Some twelve or fifteen of the scouts accompanied him and all were killed there by a detachment Juarez’ army through a mistake, they having been taken for Imperialists.  Campbell, one of the best, was buried at Arlington about three years ago.  I do not know where his family are if any of them could give any information as to his Civil War career.  I am sorry that I cannot help you more.  I remember little about their deeds for the very nature of their service compelled Gen’l Sheridan to keep everything between him and Major Young most secret and yet these scouts were not sleuths but enlisted men who performed their dangerous duties through patriotic motives and not for gain.”
Michael Sheridan knew far more than he admitted to the Harper’s reporter.  He handled his brother’s secret service fund and chose to take what he knew to the grave rather than reveal the secret mission into Mexico undertaken by the brave Young and his Jessie Scouts.
Sheridan’s auditors mentioned the expenditure of $2100 to hire a schooner to the “Rio Grande” and pay the scouts that Michael Sheridan believed were killed accidentally by the Liberal Mexican army Sheridan was aiding covertly – probably in defiance of Congress.

THE WOMEN OF THE DEBATABLE LAND
Published in 1912.  Written by
Alexander Hunter, CSA
(of the Black Horse Cavalry)
CHAPTER IX
THE JESSIE SCOUTS
Download the Book