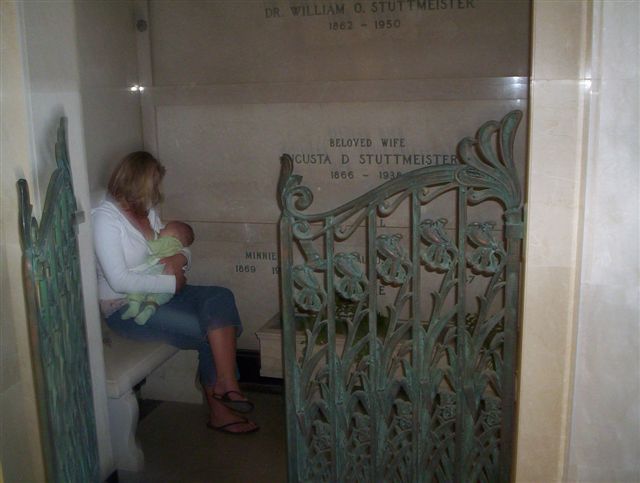 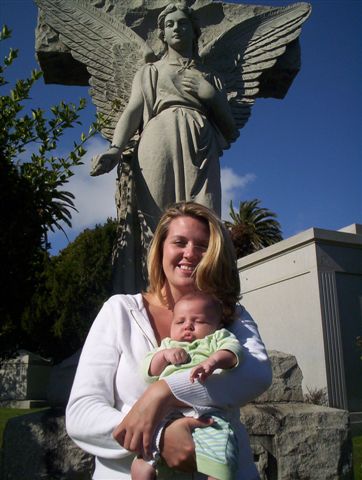 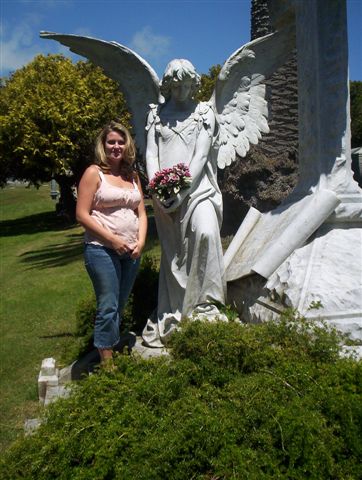 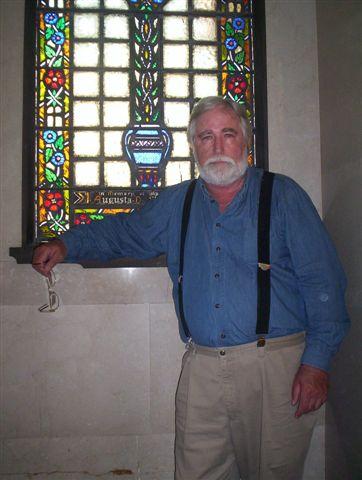 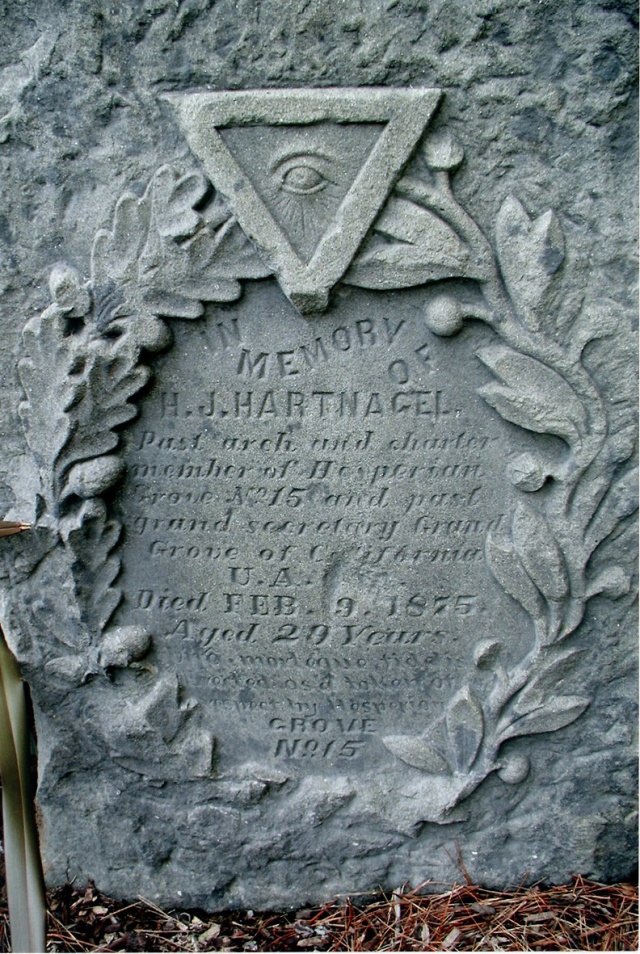 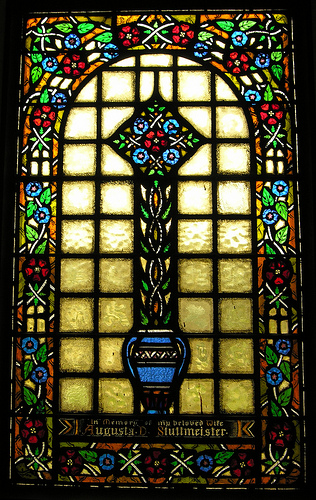 This monrinng I came upon posts I published last August. I am a-mazed! A Rosicrucian door has been opened. The parralels between Pan’s Labyrinth and these posts, are – astounding!

Yesterday was my late mother’s birthday. She was named Rosemary Rosamond. Heather was born on the same day. She was named Heather Marie Delpiano, she put in the arms of a dark and brutal man whose family was connected to the Sicilian mobe. Her mother knew Randolph Delpiano was not Heather’s father. Randy died childless. He was a poisoned frog put in my families bed of flowers. Heather Rose.

When Tyler Hunt was born, his father was not present. Ryan Hunt stayed up all night getting drunk with his buds. He wanted Heather to get an abortion. He did not want to be a father. As soon as I could afford it, I went to see my newborn grandson in Santa Rosa. I took Tyler and Heather to the newly discovered Stuttmeister tomb in Colma where a tiffany glass depicted a red rose growig in a blue pot. Take note of the rose on Ophelia’s dress as she enterrs the Rose Catherdral and Throne room of her diseased parents.

Take not of the lost tombstone of the Odd Fellow Druid with the ‘all seing eye” in the V.

Why do beautful women invite dumb brutes to rewrite this wonderous Rosy Story?
Why do evil men walk away with our children?
Jon Rosamond Presco

Wishing you were somehow near

Sometimes it seemed if I just dreamed

Somehow you would be here

Wishing I could hear your voice again

Knowing that I never would

Dreaming of you won’t help me to do

All that you dreamed I could

Cold and monumental seem, for you the wrong companions

You were warm and gentle

Too many years fighting back tears

Why can’t the past just die?

Wishing you were somehow here again

Knowing we must say, “Goodbye”

Try to forgive, teach me to live

Give me the strength to try

No more gazing across the wasted years

Read more: PHANTOM OF THE OPERA – WISHING YOU WERE SOMEHOW HERE AGAIN LYRICS

A curator for the Oakland Museum called me yesterday and asked me to e-mail him the photograph of my kinfolk having a picnic in the Oakland Hills. I had just returned from Dot Dotsons in Eugene where Jo framed a enlargement of this historic event in a antique frame I purchased. She did a splendid job!
Thanks to the Trust my uncle Vincent Rice left me, I have more funds to investigate and record my lost family history. Being poor I have had to endure hardship in order to visit my newfound daughter and newborn grandson in California. Tyler’s father was not there for his son, so when I went to see him for the first time I made a point to ground him in the history of my father’s people whom I and my cousin had just discovered were in a tomb at Cypress Lawn in Colma.
We three were the first kin to enter this tomb in many years. Tyler took an early lunch when Heather breast-fed her son on a marble bench facing the Tiffany window. Afterwards we went atop a hill and had a picnic next to these beautiful angels. Heather told me Tyler remembers being there. I was amazed when I saw his eyes follow a plane in the sky, and then smile.
My friend, Joy, had given me a special AA coin with the image of an angel on it for my late sister, Christine Rosamond, that I slipped into a crack made by an earthquake.
When we drove through San Francisco on our way home, I told Heather this was her and Tyler’s town now, for the Stuttmeisters are listed as a pioneer family, and made the Blue Book. In some respects, this was a Baptism.

Discovered on August 19, 2001 by Frank Maffei, long time Colma Resident and Colma Historical Association Boardmember as he was walking along the old Southern Pacific right-of-way as it was being excavated for the BART tunnel to San Francisco Airport . The headstone was half buried at the location near Holy Cross Catholic Cemetery and the Donohoe and Carroll Monument Company. Weighing almost 1,000 pounds it is It is now permanently located on the grounds of the Colma Historical Park, adjacent to the Colma Historical Museum building

The monument reads:
In Memory
Of
H.J. Hartnagel
Past arch and chartered
Member of Hesperian
Grove No. 15 and past
grand secretary Grand
Grove of California
UAOD
Died Feb. 9, 1875
Aged 29 years
? Mortogue Fidel ?
erected as a token of
respect by Hesperian
Grove
No. 15
Researching the various names on the monument, Richard Rocchetta, Boardmember and Secretary of the Colma Historical Association discovered that the headstone originally came from the Independent Order of Odd Fellow’s Cemetery in San Francisco . The body of H.J. Hartnagel is listed in the handwritten book of burials for the mass grave located in what is now called Greenlawn Cemetery , where most of the bodies from the Odd Fellow’s Cemetery are interred. There are no individual burial stones at the mass grave site. It is a mystery as to why this stone ended up in Colma, “separated” from the body. Could it have come on a flat car and been abandonded? The answer may never be known.
Here is what we know about Mr. Hartnagle.
Herman Joseph Hartnagel, born in Damstadt , Germany and a naturalized United States citizen, was an officer of the United Ancient Order of Druids (UAOD), Hesperian Grove No. 15 of San Francisco . Records show he registered to vote at age 21 in 1867 and was never married. He died in Belmont , California of consumption (tuberculosis) on February 9, 1875. Originally interred in Odd Fellows Cemetery in San Francisco , he now lies in the Odd Fellows section of Greenlawn Memorial Park (where 26,000 bodies unclaimed by families from San Francisco ‘s Odd Fellows Cemetery are buried in a mass grave). According to records at Greenlawn, Hartnagel’s physician was Dr. Robert Mackintosh and the undertaker was Massey and Yung.
The following death notice appeared in both the San Francisco Morning Call and the San Francisco Chronicle on Thursday, February 11, 1875:
HARTNAGEL-In Belmont , Cal. , February 9, Herman Joseph Hartnagel, a native of Hess-Darmstadt, aged 29 years.
The funeral will be held at Druids’ Hall, 413 Sutter Street, on Sunday, February 14, at 1 P.M., under the auspices of the Grand Grove of the State of California, U.A.O.D., of which deceased was a valued and efficient officer. Members of subordinate Groves are invited to attend. Special invitation is extended to members of Ophir Lodge No. 171, and Unity Encampment, No. 26, I.O.O.F. (of which deceased was a member), to be present.

What is the “all seeing eye” or “eye of Horus”, depicted atop the unfinished pyramid on the back of the dollar bill and in (surprisingly) plain-view as the Time Warner Cable logo?  What do the Freemasons teach their initiates, and how did they become so powerful?  What’s up with the so-called Illuminati?  Who are the Rosicrucians?  Were the Templar Knights “heretics”?  If so, what did they believe?  How does Kabbalah, a “mystic” (and ancient) tradition with close ties to Judaism relate to the “Gnostic” sects, and do the later comprise a parallel “esoteric” tradition in the Christian theater?  What is the ‘Cremation of Care’, a mock sacrifice performed at a yearly gathering of the world’s top elite at Bohemian Grove in northern California all about?  Are all of the above related, and if so, how? … and does the “dragon” fit somehow into a larger picture?
Not only do I believe I’ve stumbled onto a key enabling me to answer all these questions (to my own satisfaction at least), I think that in the same turn I’ve hit also on an elegant way to put it all into a single easy-to-grasp piece … that being an expose on a film by director Guillermo Del Toro, ‘Pan’s Labyrinth’.
I’ve been wanting to write something about ‘Pan’s Labyrinth’ for some time now as the occult references in the film are fairly obvious.  But I didn’t feeI I understood it on a deep enough level to attempt it.
Having read ‘The Secret History of the World’, a monumental book by Jonathan Black, I feel I can give it a shot.

No one can say for sure what Del Toro was trying to say in ‘Pan’s Labyrinth’, or what additional meaning might lie beneath the surface of the film.   But I walked away with the definite impression that both  ‘Pan’s Labyrinth’ and ‘Secret History of the World’ are essentially about the same thing … spirituality.    We’re not talking about religion here, at least not in the conventional sense of the word, but rather humankind’s connection to the spirit-world as it existed, in a very real sense (re: Black and according to the ancient esoteric traditions), in antiquity.

1 Response to Heather and Rose Marie