Martin Eden and Me 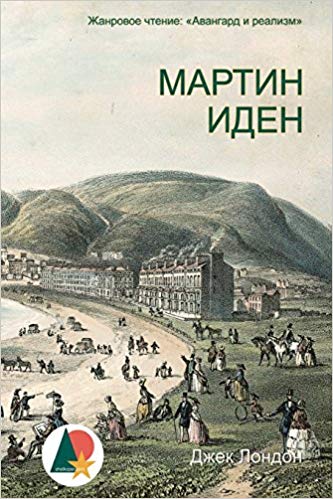 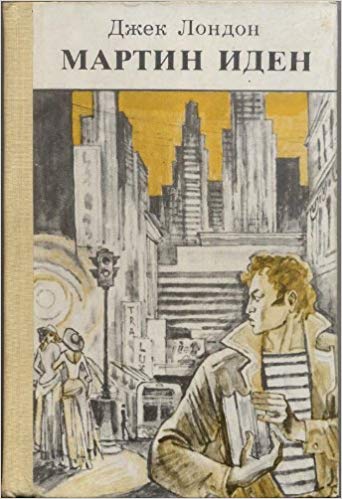 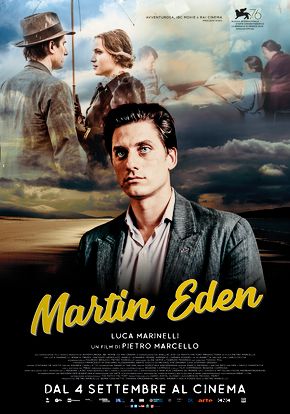 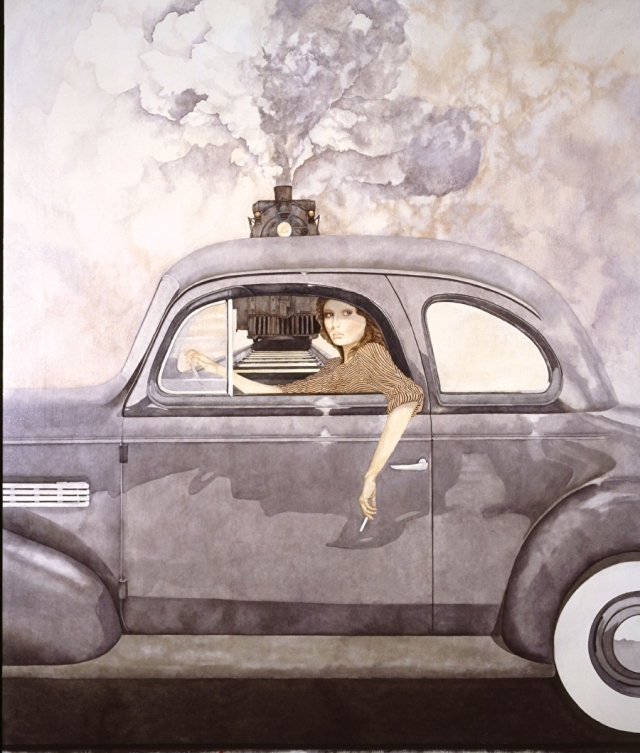 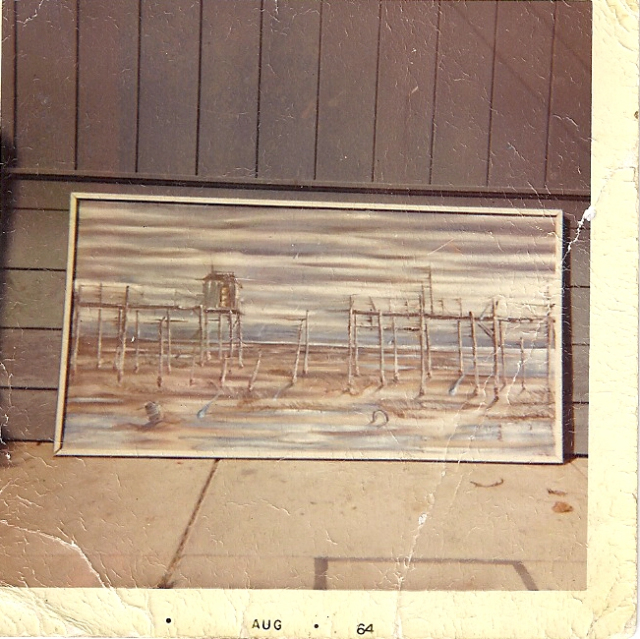 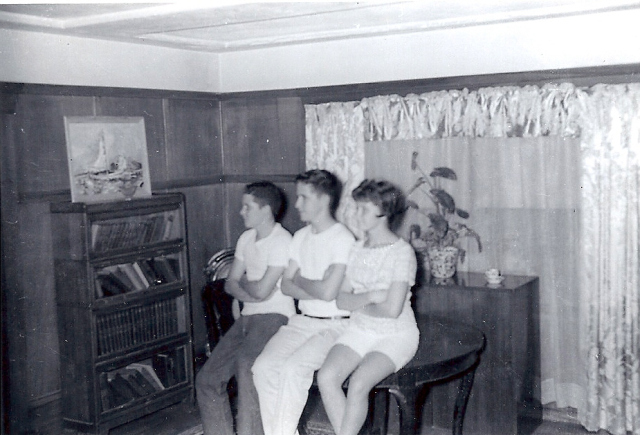 It is reported Russians are flocking to Wolf House to pay homage to Jack London. He was required reading in Russia. Lenin read London on his deathbed. I read Martin Eden when I was thirteen, and again when I was fifteen. I did sculpture of Martin’s hand coming out of the sea. My cousin, Randy Molnar ended up with it. When I went back up to Oakland, I only took my large canvases that I tied to the roof of my 1957 Ford Fairlane. I ended up living with my childhood friend, Nancy Hamren, who was a good friend of the Kesey family. She was the first girl I kissed. We were twelve. When I visited Nancy at the Springfield Creamery in 1986, she suggested I author the history of the Hippies because I recall so much. I ended up writing a story about the Last Hippie-Bohemian Standing – in the future. Today, I realize my protagonist if Martin Eden. He is also Ivan in my unfinished novel ‘Elfine’.

Ivan is a Russian diplomat who retires to the Salinas Valley because he is a great fan of John Steinbeck. He drives a red Ford pickup with a bale of hay in the back. Nancy’s and my friend, Bill Arnold, got picked up by Steinbeck, who drove a Ford Truck. Ivan own a lettuce ranch. On October 9, 1994, Bill drove the car my mother bought for him on to the railroad tracks in Ogden Utah, and got killed by a train he knew was coming. Christine Benton did a painting titled ‘The Crossroads’. This is her portrait of Martin Eden.

I married Mary Ann Thoraldsen in 1980. She went to Cornell and was good friends of Richard and Mimi Farina. My ex lived with Thomas Pynchon in Mexico. We lived in an old Victorian mansion in Oakland. Richard Farina was a embodiment of Martin Eden. My friend Bill claimed he was like Martin Eden. However, he discovered the truth when my mother opened her ceder chest and showed my best friend the magazines her father had his short stories published in.

“Didn’t your mother show you your grandfather’s writing?” Bill asked.

“No. I was told he was a poet!” I answered and beheld Bill’s solumn face.

Royal Rosamond, was a Marten Eden.

I am going to make a powerful case that I am heir to Martin Eden’s literary genius – and Genesis! I am going to write a screen play about Martin. I was born in Oakland during a star-shower. I am going to contact Whitman and Quibi to see if they want to start their mini-movie with Martin, who can be a guide to the other Bohemian, and Black Mask authors

Martin Eden is a 1909 novel by American author Jack London about a young proletarian autodidact struggling to become a writer. It was first serialized in The Pacific Monthly magazine from September 1908 to September 1909 and published in book form by Macmillan in September 1909.

Eden represents writers’ frustration with publishers by speculating that when he mails off a manuscript, a “cunning arrangement of cogs” immediately puts it in a new envelope and returns it automatically with a rejection slip.[citation needed] The central theme of Eden’s developing artistic sensibilities places the novel in the tradition of the Künstlerroman, in which is narrated the formation and development of an artist.[1][2][3]

Eden differs from London in that Eden rejects socialism, attacking it as “slave morality” and relies on a Nietzschean individualism. Nevertheless, in the copy of the novel which he inscribed for Upton Sinclair, London wrote, “One of my motifs, in this book, was an attack on individualism (in the person of the hero). I must have bungled it, for not a single reviewer has discovered it.”[4]

Living in Oakland at the beginning of the 20th century, Martin Eden struggles to rise above his destitute, proletarian circumstances through an intense and passionate pursuit of self-education, hoping to achieve a place among the literary elite. His principal motivation is his love for Ruth Morse. Because Eden is a rough, uneducated sailor from a working-class background[5] and the Morses are a bourgeois family, a union between them would be impossible unless and until he reached their level of wealth and refinement.

Over a period of two years, Eden promises Ruth that success will come, but just before it does, Ruth loses her patience and rejects him in a letter, saying, “if only you had settled down … and attempted to make something of yourself”. By the time Eden attains the favour of the publishers and the bourgeoisie who had shunned him, he has already developed a grudge against them and become jaded by toil and unrequited love. Instead of enjoying his success, he retreats into a quiet indifference, interrupted only to rail mentally against the genteelness of bourgeois society or to donate his new wealth to working-class friends and family. He felt that people did not value him for himself or for his work but only for his fame.

The novel ends with Eden’s committing suicide by drowning, which contributed to what researcher Clarice Stasz calls the “biographical myth” that Jack London’s own death was a suicide.[citation needed]

London’s oldest daughter Joan commented that in spite of its tragic ending, the book is often regarded as “a ‘success’ story … which inspired not only a whole generation of young writers but other different fields who, without aid or encouragement, attained their objectives through great struggle”.[citation needed]

A former sailor from a working-class background, who falls in love with the young, bourgeois Ruth and educates himself to become a writer, aiming to win her hand in marriage.

The young, bourgeois university student who captivates Eden while tutoring him in English. Though initially both attracted and repelled by his working-class background, she eventually realizes that she loves him. They become engaged, with the condition that they cannot marry until her parents approve of his financial and social status.

A cannery worker who is rejected by Eden, who is already in love with Ruth. Initially, while Eden strives for education and culture, Lizzie’s rough hands make her seem inferior to Ruth in his eyes. Despite this, Lizzie remains devoted to him. He feels an attachment to her because she has always loved him for who he is, and not for fame or money, as Ruth does.

Eden’s boss at the laundry, who wins Eden over with his cheeriness and capacity for work, but, like Martin Eden, he suffers from overworking. He quits the laundry, and tries to convince Martin to adopt a hobo lifestyle. Towards the end of the book, Martin meets him again, and offers him a laundry. Joe, who likes the hobo life, except for the lack of girls, eventually accepts the offer and promises to treat the employees fairly.

A sickly writer who encourages Eden to give up writing and return to the sea before city life swallows him up. Brissenden is a committed socialist and introduces Eden to a group of amateur philosophers that he calls the “real dirt”. His final work, Ephemera, causes a literary sensation when Eden breaks his word and publishes it on the writer’s death.

Social class, seen from Eden’s point of view, is a very important theme in the novel. Eden is a sailor from a working-class background who feels uncomfortable but inspired when he first meets the bourgeois Morse family. As he improves himself, he finds himself increasingly distanced from his working-class background and surroundings, becoming repelled by Lizzie’s hands. Eventually, when Eden finds that his education has far surpassed that of the bourgeoisie he looked up to, he feels more isolated than ever. Paul Berman comments that Eden cannot reconcile his present “civilized and clean” self with the “fistfighting barbarian” of the past, and that this inability causes his descent into a delirious ambivalence.[6]

London conjures up a series of allusions to the workings of machinery in the novel. It is machines that make Lizzie’s hands rough. To Eden, the magazine editors operate a machine that sends out seemingly endless rejection slips. When Eden works in a laundry, he works with machines but feels himself to be a cog in a larger machine. Eden’s Blickensdorfer typewriter gradually becomes an extension of his body. When he finally achieves literary success, Eden sets up his friends with machinery of their own, and Lizzie tells him, “Something’s wrong with your think-machine.”

Although London was a socialist, he invested the semi-autobiographical character of Martin Eden with strong individualism. Eden comes from a working-class background, but he seeks self-improvement rather than improvement for his class as a whole. Quoting Nietzsche and Herbert Spencer, he rejects the “slave morality” of socialism, even at socialist meetings. Nevertheless, London stresses that it is this individualism that eventually leads to Eden’s suicide. He described the novel as a parable of a man who had to die “not because of his lack of faith in God, but because of his lack of faith in men”.

When Jack London wrote Martin Eden at age 33, he had already achieved international acclaim with The Call of the Wild, The Sea-Wolf and White Fang. Despite the acclaim, London quickly became disillusioned with his fame and set sail through the South Pacific on a self-designed ketch called the Snark. On the grueling two-year voyage—as he struggled with tiredness and bowel diseases—he wrote Martin Eden, filling its pages with his frustrations, adolescent gangfights and struggles for artistic recognition.

London borrowed the name Martin Eden from a working class man ‘Mårten Edin’, born in Ådalen (at Båtsmanstorpet in Västgranvåg, Sollefteå), Sweden[7]. However the character Martin Eden had more in common with the author himself than Mr Edin. The character of Ruth Morse was modelled on Mabel Applegarth — the first love of London’s life.

The character Brissenden is modeled on London’s real life friend/ writing inspiration George Sterling.[8] With the plot central, posthumously successful poem “Ephemera”, being based on Sterling’s seminal work “A Wine of Wizardry”.

1 Response to Martin Eden and Me