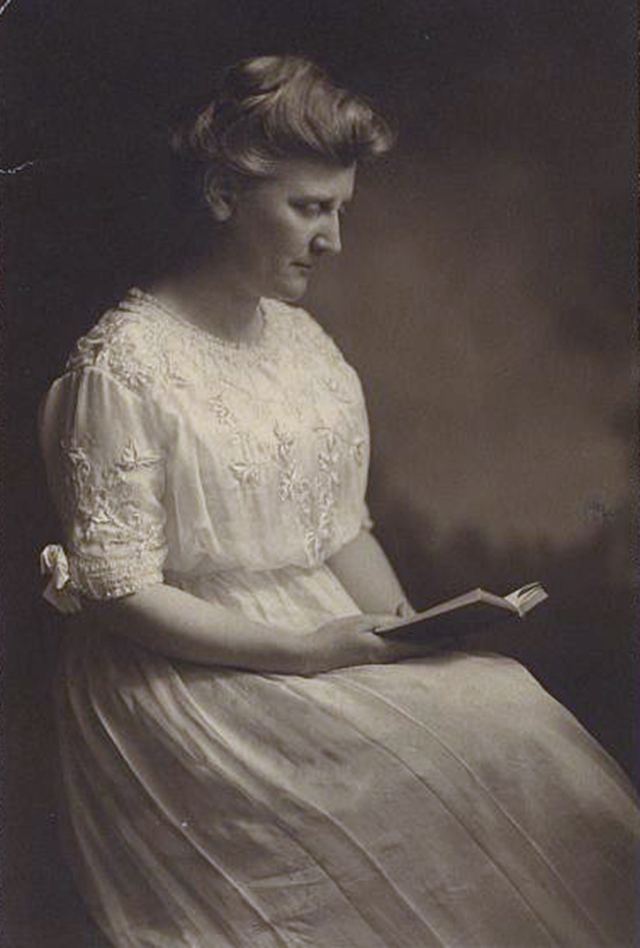 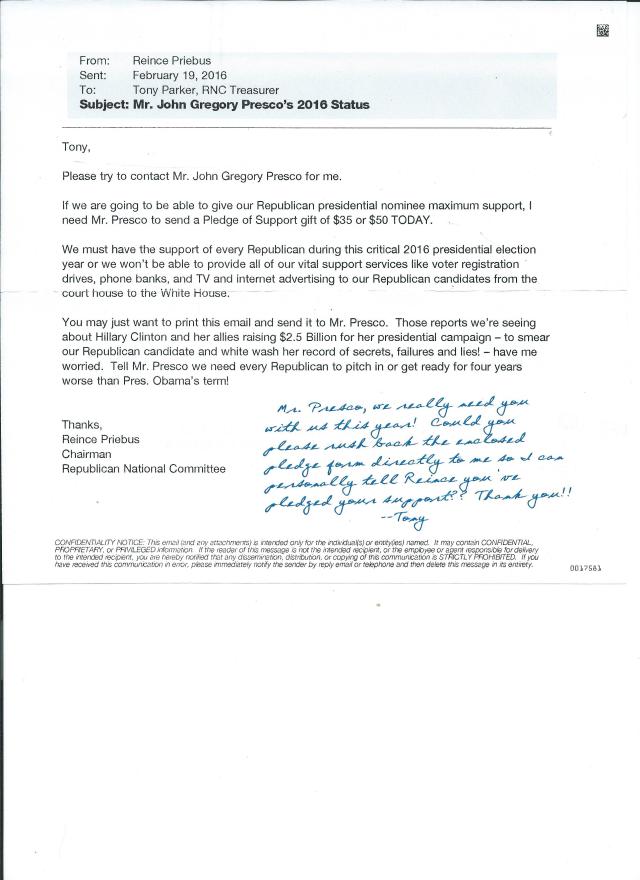 TRUMP = TRIUMPH OF EVIL OVER GOOD

A billion dollars was spent on false prophets – who did not see him coming! What will be my reward? My blood will be spilled by an angry man reading this blog.

Influenced by the ideas of William Morris, Ovington joined the Socialist Party in 1905, where she met people such as Daniel De Leon, Asa Philip Randolph, Floyd Dell, Max Eastman and Jack London, who argued that racial problems were as much a matter of class as of race. She wrote for radical journals and newspapers such as, The Masses, New York Evening Post, and The Call.

The Forty-Eighters were Europeans who participated in or supported the socialist revolutions of 1848 that swept Europe. In Germany, the Forty-Eighters favored unification of the German people, a more democratic government, and guarantees of human rights.[1] Disappointed at the failure of the revolution to bring about the reform of the system of government in Germany or the Austrian Empire and sometimes on the government’s wanted list because of their involvement in the revolution, they gave up their old lives to try again abroad. Many emigrated to the United States, England, and Australia after the revolutions failed. They included Germans, Czechs, Hungarians, and others. Many were respected, wealthy, and well-educated; as such, they were not typical migrants. A large number went on to be very successful in their new countries.

Giuseppe Mazzini used London as a place of refuge before and after the revolutions of 1848. In the early years after the failure of the revolutions of 1848, a group of German Forty-Eighters and others met in a salon organized by Baroness Méry von Bruiningk in St. John’s Wood, England.[21] The baroness was a Russian of German descent who was sympathetic with the goals of the revolutionaries. Among the people who attended her salon, hosted by herself and her husband Ludolf August von Bruiningk, were Carl Schurz, Gottfried and Johanna Kinkel, Ferdinand Freiligrath, Alexander Herzen, Louis Blanc, Malwida von Meysenbug, Adolf Strodtmann, Johannes and Bertha Ronge, Alexander Schimmelfennig, Wilhelm Loewe-Kalbe and Heinrich Bernhard Oppenheim.[22]

[edit] Forty-Eighters in the USAIn the United States, many Forty-Eighters opposed nativism and slavery, in keeping with the liberal ideals that had led them to flee Germany. Several thousand enlisted in the Union Army, where they became prominent in the Civil War. In the Camp Jackson Affair, a large force of German volunteers helped prevent Confederate forces from seizing the government arsenal in St. Louis just prior to the beginning of the war.[2]

Many Forty-Eighters settled in the Texas Hill Country in the vicinity of Fredericksburg, and voted heavily against Texas’s secession. In the Bellville area of Austin County, another destination for Forty-Eighters, the German precincts voted decisively against the secession ordinance.[3]

More than 30,000 Forty-Eighters settled in the Over-the-Rhine neighborhood of Cincinnati, Ohio. There they helped define the distinct German culture of the neighborhood, but in some cases also brought a rebellious nature with them from Germany. During violent protests in 1853 and 1854, Forty-Eighters were held responsible for the killing of two law enforcement officers.[4]

In the Cincinnati Riot of 1853, in which one demonstrator was killed, Forty-Eighters violently protested the visit of the papal emissary Cardinal Gaetano Bedini, who had repressed revolutionaries in the Papal States in 1849.[5]

Many German Forty-Eighters settled in Milwaukee, Wisconsin, helping solidify that city’s progressive political bent and cultural Deutschtum. The Acht-und-vierzigers and their descendants contributed to the development of that city’s long Socialist political tradition.[6]

Carl Schurz reports “A large number of refugees from almost all parts of the European continent had gathered in London since the year 1848, but the intercourse between the different national groups — Germans, Frenchmen, Italians, Hungarians, Poles, Russians — was confined more or less to the prominent personages. All, however, in common nourished the confident hope of a revolutionary upturning on the continent soon to come. Among the Germans there were only a few who shared this hope in a less degree. Perhaps the ablest and most important person among these was Lothar Bucher, a quiet, retiring man of great capacity and acquirements, who occupied himself with serious political studies.”[23]

Other Germans who fled to England for a time were Ludwig Bamberger,[24] Arnold Ruge, Alexandre Ledru-Rollin and Franz Sigel. Along with several of the above, Sabine Freitag also lists Gustav Adolf Techow, Eduard Meyen, Graf Oskar von Reichenbach, Josef Fickler and Amand Goegg.[25] Karl Blind became a writer in England.

Hungarian refugee Gustav Zerffi became an English citizen and worked as a historian in London. Lajos Kossuth, a Hungarian revolutionary, toured England and then the United States, and then formed a government in exile in England.

[edit] HeligolandIn addition, the British possession of Heligoland was a destination for refugees, for example Rudolf Dulon.

[edit] Forty-Eighters in SwitzerlandThe following were all refugees from Germany:

Friedrich Beust settled in Switzerland to work in early-childhood education. He lived and worked there until his death in 1899.
Gottfried Kinkel moved to Switzerland in 1866 after living in England. He was a professor of archaeology and the history of art at the Polytechnikum in Zürich, where he died sixteen years later.
Hermann Köchly first fled to Brussels in 1849. In 1851, he was appointed professor of classical philology at the University of Zürich. By 1864, he was back in Germany as a professor at the University of Heidelberg.
Johannes Scherr, novelist and literary critic, fled to Switzerland and eventually became a professor at the Polytechnikum in Zurich.
Richard Wagner, the composer, first fled to Paris and then settled in Zurich. He eventually returned to Germany.
[edit] Forty-Eighters in AustraliaMain article: German Australian
In 1848, the first non-British ship carrying immigrants to arrive in Victoria was from Germany; the Goddefroy, on February 13. Many of those on board were political refugees. Some Germans also travelled to Australia via London.

In April 1849 the Beulah was the first ship to bring assisted German vinedresser families to NSW.[28]
The second ship, the Parland[29] left London on 13 March 1849, and arrived in Sydney on 5 July 1849[30]
The Princess Louise left Hamburg March 26 of 1849, in the spring, bound for South Australia via Rio de Janeiro. The voyage took 135 days which was considered slow but nevertheless the Princess Louise berthed at Port Adelaide on August 7, 1849 with 161 emigres, including Johann Friedrich Mosel. Johann, born in 1827 in Berlin in the duchy of Brandenburg had taken three weeks to travel from his home to the departure point of the 350 tonne vessel at Hamburg. This voyage had been well planned by two of the founding passengers, brothers Richard and Otto Schomburgk who had been implicated in the revolution. Otto had been jailed in 1847 for his activities as a student revolutionary. The brothers along with others including Frau von Kreussler and D. Meucke formed a migration group, the South Australian Colonisation Society, one of many similar groups forming throughout Germany at the time. Sponsored by the scientist geologist Leopold von Buch, the society chartered the Princess Louise to sail to South Australia. The passengers were mainly middle-class professionals, academics, musicians, artists, architects, engineers, artisans and apprentices, and were among the core of liberal radicals, disillusioned with events in Germany.
Many Germans became vintners or worked in the wine industry; others founded Lutheran churches. By 1860, for example, about 70 German families lived in Germantown, Victoria. (When World War I broke out, the town was renamed Grovedale.) In Adelaide, a German Club was founded in 1854 which played a major role in society.